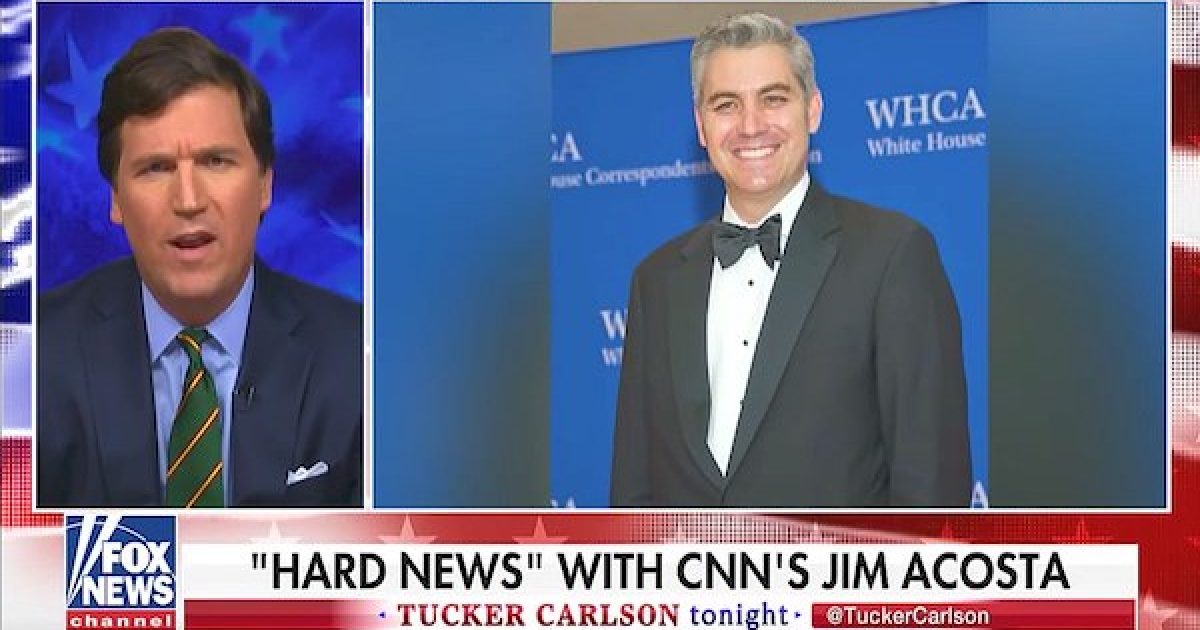 CNN’s senior White House correspondent would like you to believe he brings you the facts – but that’s far from the truth. He has his own agenda and could be considered the face of the anti-Trump movement.

Because Acosta has obviously decided to stop acting as a reporter and has taken on a new role as an op-ed pundit (and not a very good one) for CNN.

Carlson wasn’t simply bloviating, he had video proof of Acosta’s many (and egregious) journalistic sins.

He even highlighted some of the best (worst) examples of Acosta going rogue and shifting gears from reporting to editorializing… or as Carlson so stingingly puts it… “3rd Rate Punditry.”

“The president won a world record for injecting politics?” Carlson asked. “According to Jim Acosta, reporter, that is “exactly what happened.” Can we get some documentation for that claim? A certificate from the Guinness book, maybe? Did CNN’s most visible hard journalist just accidentally slip into third-rate punditry? It looks that way. And it probably wasn’t by accident, actually. As a veteran Acosta-watcher, we’ve noticed a theme here.”

“Keep in mind that as of this morning, Jim Acosta was still listed as CNN senior White House correspondent. Now that is a different job from being a talking head on one of those panel shows with 19 guests, all of them minor political partners. At least, it’s supposed to be a different job,” Carlson said.

“Is Jeff Zucker watching any of this?” Carlson asked. “I’m not attacking Jim Acosta for bad punditry at all — although that is bad punditry — I’m kind of wondering what the boundaries are. If you are a White House correspondent supposedly committing journalism, gathering facts, bringing them to your audience, how can that person coexist with the person we just saw?”

As usual, Tucker Carlson is 100% correct!