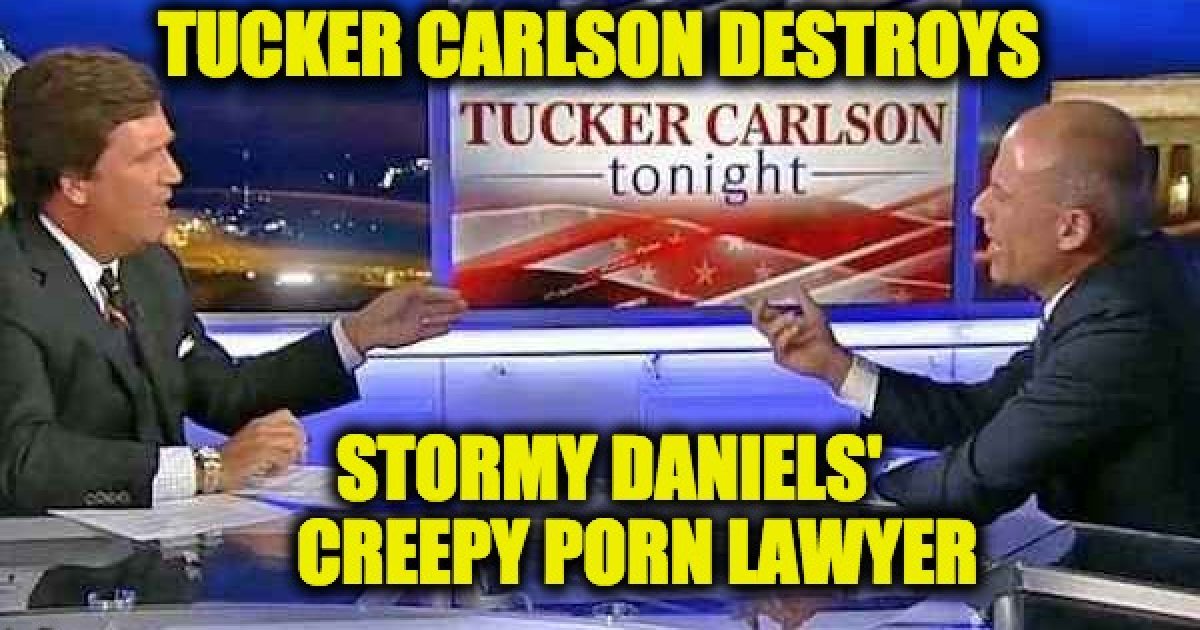 The attorney’s hubris was on display with Carlson from the beginning through the end of the interview, which precluded him from garnering any sympathy from the audience as the Fox host expertly verbally disemboweled his guest.

The interview started off with Tucker saying it was nice that he and Avenatti could finally talk in person after months of exchanging jabs on Twitter and on cable news. He explained that he agreed to specific ground rules that Avenatti insisted on, including allowing the attorney to fully answer the questions without interruption. But when Avenatti skirted around his queries, Carlson interrupted to get him back on track.

Carlson asked Avenatti about his presidential ambitions after Avenatti spoke at a rally after President Trump’s summit with Vladimir Putin and blasted the president’s meeting.

Carlson said that Avenatti was engaging in “reckless rhetoric” and accusing Russia of “an act of war” in its alleged meddling in American elections when Avenatti compared the allegations to posting Russian troops on its American border.

Avenatti called that accusation “ironic,” saying that it is Carlson who uses “reckless” political rhetoric.

“You’re exploiting her and you know that,” Carlson said.

Then came the pièce de résistance.

“I’m not making fun of, hold on, slow down!” Carlson replied.

The entire twelve-minute interview is on the video below: