America Has Trust Issues With FBI 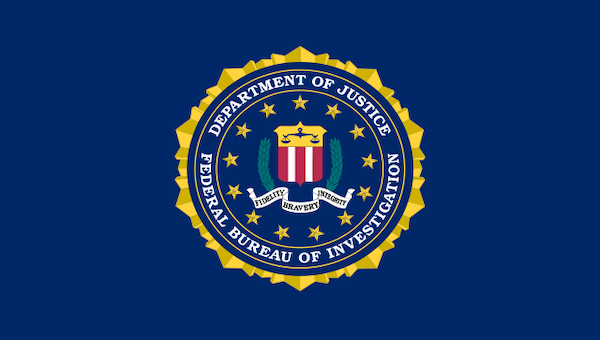 Revelations keep coming about the FBI’s role in the 2020 election in their “fast and furious” attempts to misinform the American public.  Mark Zuckerberg told podcaster Joe Rogan in an interview that the FBI approached him and asked that his platform have a heads up about Hunter Biden’s laptop because it was “Russian propaganda.”  So they did, censoring everything to do with the truth. Zuck did what they asked because they’re “a professional law enforcement organization.”  Right. The FBI, DOJ, ‘Intelligence community,’ mainstream media, Facebook, Twitter, Instagram, and their ilk are all part of the cabal that has created deep trust issues with the government.

And former AG William Barr thinks we should stop being outraged at the FBI. I think not. It’s a trust issue.

The FBI warned Zuckerberg that “Russian propaganda” was probably interfering with the election, and Hunter Biden’s laptop was part of that. So Facebook set about to create an algorithm that squeezed out viewership for the New York Post’s exposé on the story.

Speaking on an episode of The Joe Rogan Experience, Zuckerberg explained, “The FBI, I think, basically came to us – some folks on our team – and was like, ‘Hey, just so you know, like, you should be on high alert…  We thought that there was a lot of Russian propaganda in the 2016 election. We have it on notice that, basically, there’s about to be some kind of dump of that’s similar to that. So just be vigilant.’”

Zuckerberg acknowledged that “the distribution on Facebook was decreased” of the New York Post’s story about Hunter Biden’s laptop, noting, “fewer people saw it than would’ve otherwise.”

When asked by Joe Rogan how many people had been deprived of the information, Zuckerberg responded, “I don’t know off the top of my head, but it’s – it’s meaningful.”  Fox

That’s not counting Twitter, which completely censored the NY Post over the story and every other group that tried to share it. FBI officials, according to whistleblowers, “slow-walked” any investigation into Hunter Biden’s business deals and use of his father’s position until AFTER the election. All of this after the whole “Russian collusion” story was found to be false and without merit. The Democrats and their FBI/Media cabal have perpetuated an ongoing, constant investigation into Trump.

“The media, which is trusted by 11% of Americans, tells them that they ought to have faith that Joe Biden, whom even 75% of Democrats don’t want to see in office anymore, and his political appointee, AG Merrick Garland, who got the job as a consolation prize for not getting a SCOTUS seat, probably know what they’re doing by going after a potential 2024 opponent.

They do. What they’re doing has nothing to do with the words coming out of their lying mouths.

We’ve all been through this. The Trump investigations are the Marvel movie franchise of politics. They’ve been around forever and after all that time and energy, they never go anywhere. The purpose of the investigation is the investigation. The changing charges are a pretext for perpetuating a political witch hunt. The promises of a takedown flicker out like the old Mueller votive candles. And yet the true believers are still convinced that this time it’ll be different.

There are so many trust issues at this point that finding anything that is actually true is tough. You have to do the research yourself. You have to take the ‘bull(s***) by the horns’ and dig deeper than CNN or any networks, including some of those on the right. Don’t believe anything you hear or even see until you’ve searched it out. The FBI and other Federal agencies appear to be going to great lengths to go after Trump and his supporters. Those trust issues are real – pay close attention.