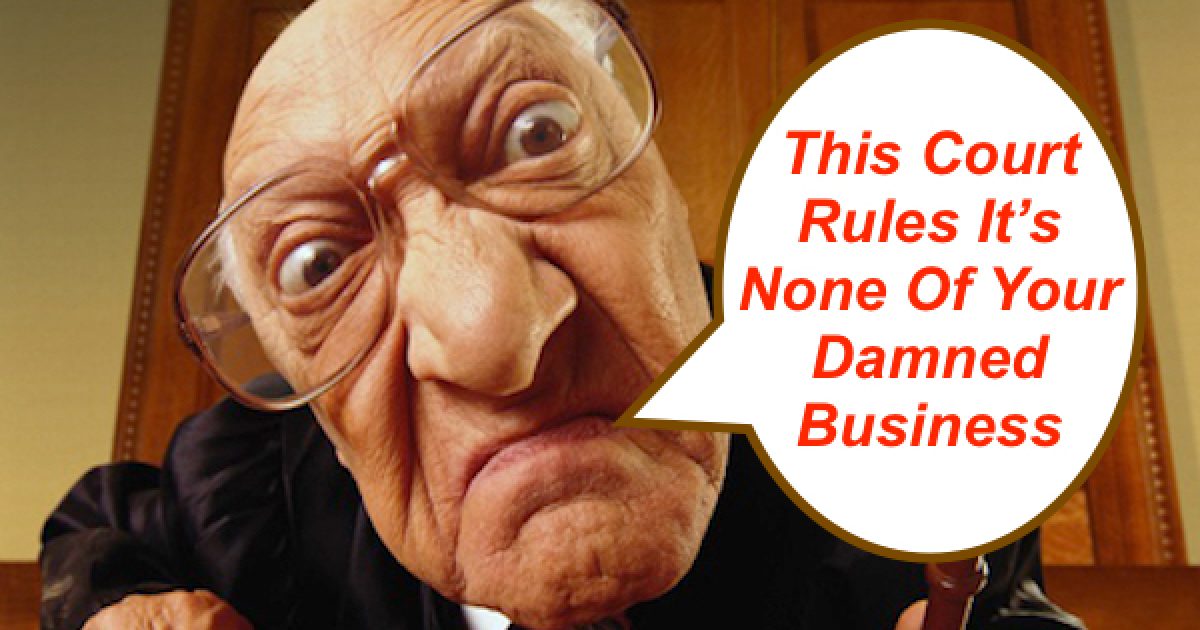 A federal judge dismissed a lawsuit brought forward by a non-profit organization in an attempt to satisfy one of the Left’s most compelling obsessions: To make public President Trump’s tax returns.

Judge Karen LeCraft Henderson on Tuesday ruled that the Electronic Privacy Information Center (EPIC) could not use a FOIA request to access the tax documents from the IRS.

“No one can demand to inspect another’s tax records,” Henderson declared, noting that this applies to the protection of confidentiality for “the ordinary taxpayer and the President alike.”

Been Trying For Years

EPIC has faced multiple similar decisions on the matter, but still, they fight for Trump’s tax information.

They requested information shortly after the President’s election, but the IRS declined. They filed a complaint demanding tax information related to alleged Russian business ties. They were rejected again. That’s when they decided to sue the IRS, first having their case dismissed and now being dropped on appeal.

“This case presents the question whether a member of the public — here, a nonprofit organization — can use a FOIA request to obtain an unrelated individual’s tax records without his consent,” Henderson laid out. “With certain limited exceptions — all inapplicable here — the answer is no.”

This Isn’t Over By a Longshot

Democrats have been foaming at the mouth over a chance to view President Trump’s tax returns in the hopes that they can find some obscure financial dealing with anybody vaguely associated with Russia.

Nancy Pelosi recently celebrated the Democrats’ takeover of the House after the 2018 midterms by suggesting the House Ways and Means Committee will pursue those returns.

“There is popular demand for the Congress to request the president’s tax returns,” Pelosi claimed. “[Ways and Means] will have their path as we go forward.”

Popular demand? That’s debatable. A recent poll showed Americans almost evenly split on the question of whether they care about seeing the president’s tax returns. The  Washington Post reports that Democrats “plan to formally request them [the returns] from the treasury secretary,” citing this as “one of our priorities.” Loosely translated – Russian collusion fell through, so now we’re grasping at any straw we can find.

House Democrats now say they want 15-20 years of Trump's tax returns – and they know how they're going to try to get them once they have the majority in 2019, via @RiegerReport https://t.co/WEzgMO43J4

Democrats are seething because they believe it’s unprecedented for a president to not turn over his tax returns. What makes this case different, however, is the fact that nearly all presidents before Trump were career politicians, while Trump has been a career businessman.

There is little question that Democrats will seize on every associate or transaction in Trump’s business history in their attempts to impeach him. Leading us to this conclusion from a Chicago Republican as to whether the information is really all that important:

You guys. I trolled my local CBS affiliate. They were asking about Trump's tax returns, so I quoted Hillary. The reporter has no idea. pic.twitter.com/rZhSRXNToG