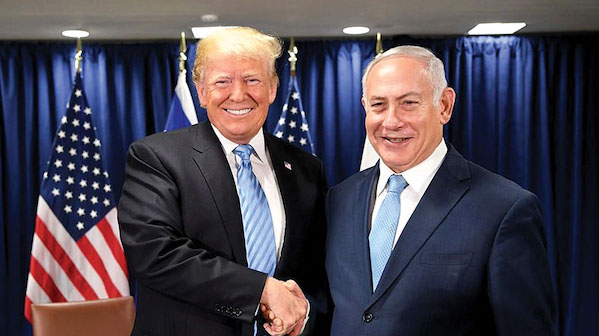 Note: This is a basic overview of the 180-page long  Mid-East Peace plan proposal from President Trump that has been endorsed by Israel, and rejected by the Palestinian Authority.  I have just received the full proposal and have begun to read and digest it. Until I do  I cannot add commentary/opinion to what the president proposed.  Trump’s Mid-East Peace Plan

Below the overview is a general map of what the president is proposing, and a video of the President’s presentation—there will be more to come:

President Donald J. Trump’s Vision for Peace, Prosperity, and a Brighter Future for Israel and the Palestinian People

We are not here to lecture—we are not here to tell other people how to live, what to do, who to be, or how to worship. Instead, we are here to offer partnership – based on shared interests and values – to pursue a better future for us all.–President Donald J. Trump

BOLD VISION FOR PEACE: President Donald J. Trump recognizes it is time for a new approach to achieving peace, security, dignity, and opportunity for Israel and the Palestinian people.
DIPLOMATIC ACCOMPLISHMENT: President Trump is bringing together Israeli political rivals in support of a detailed vision for peace and promoting normalized relations between Israel and its neighbors.
MUTUAL RECOGNITION AND INDEPENDENCE: This Vision proposes a realistic two-state solution, offering a viable path to Palestinian statehood.
ISRAEL’S SECURITY: This Vision takes into account the realities on the ground and fully protects Israel’s security.
JERUSALEM AND HOLY SITES: Israel will continue to safeguard Jerusalem’s Holy Sites and will guarantee freedom of worship for Jews, Christians, Muslims, and people of all faiths.
FUTURE STATE OF PALESTINE: The Vision delivers significant territorial expansion for Palestinians and designates land reasonably comparable in size to the West Bank and Gaza for the establishment of the State of Palestine.
NORMALIZATION: This Vision will end the refugee status quo and help put the region on a truly transformative path: one with stability, security, and abundant opportunities for prosperity.
PROSPERITY ACROSS THE REGION: This Vision, combined with the Peace to Prosperity economic framework, will unlock the potential of a region long held hostage by conflict. 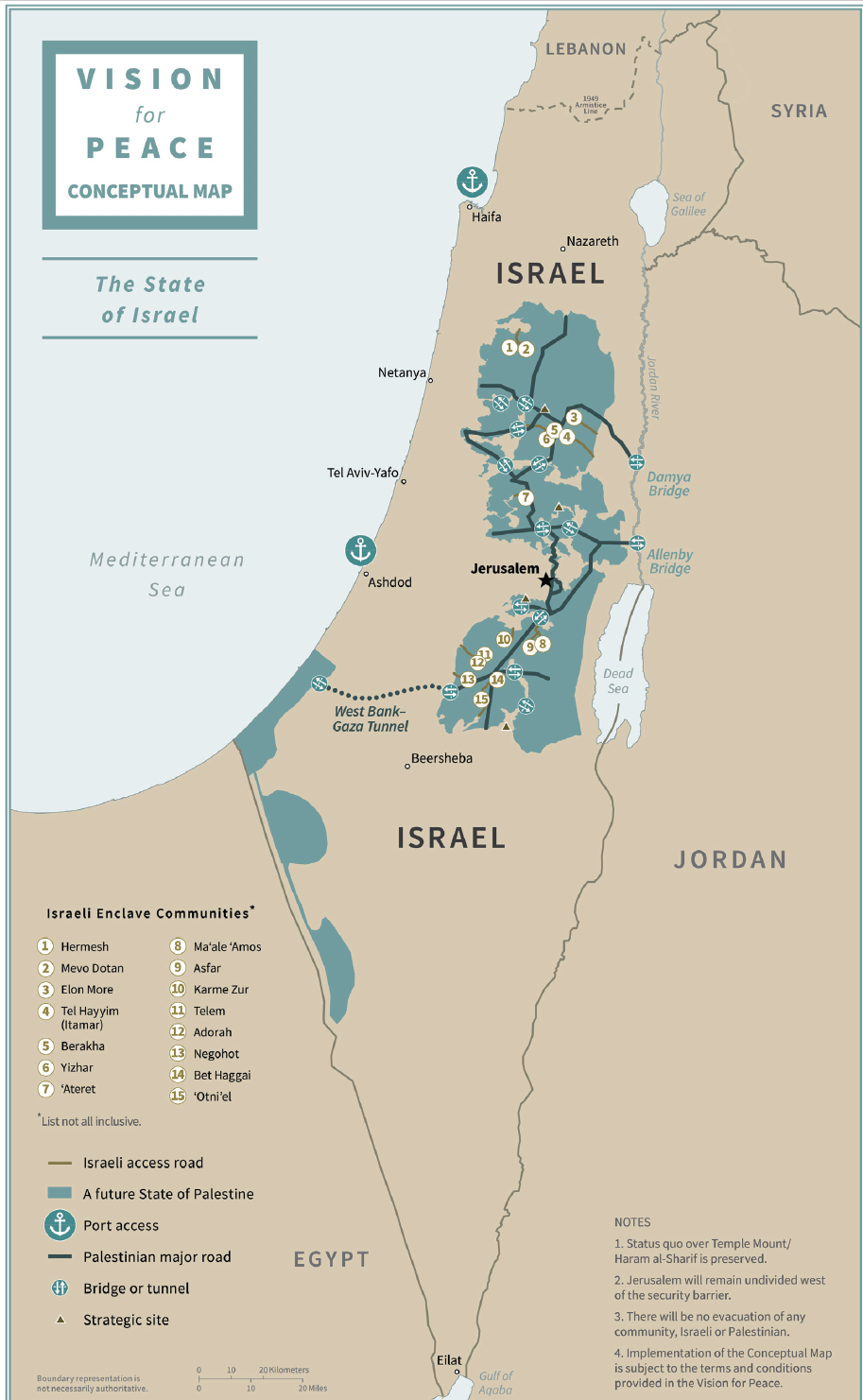