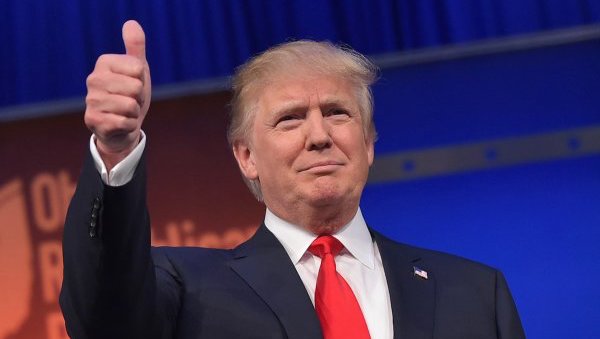 A Gallup poll released Wednesday morning gives President Trump an approval rating 45% and reports that only 46% of Americans want to see the President impeached and removed from office. The poll was conducted Dec. 2-15, at the same time nasty Nancy and her two senior executioners Schiff and Nadler, were holding impeachment hearings. Trump’s approval rating jumps.

The process started at the end of September. It was Sept. 24,  when Speaker Pelosi announced the House was moving forward with an “official impeachment inquiry.”  At that time, Trump’s approval rating had fallen to about 39%, and disapproval was at 57%.  During the two and a half months of the impeachment nonsense, the President’s approval went up 6%, and disapproval fell by the same amount.

Putting that in perspective, a Gallup poll was taken Dec 5th-11th,  2011, gave Barack Obama a 43% approval rating, not very significant but still slightly lower than Trump. 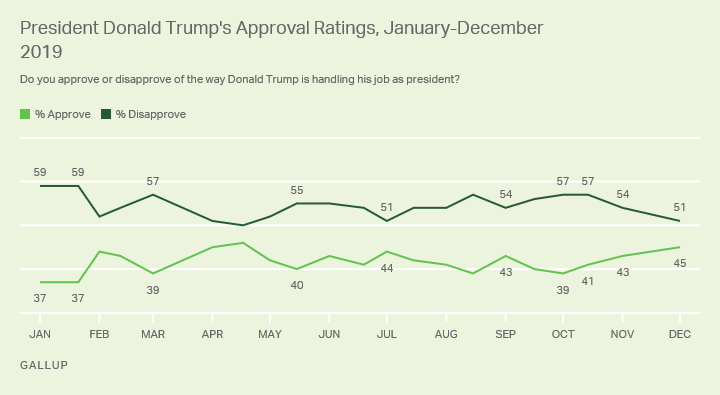 Approval of the president’s performance remains high among Republicans (89%) and low among Democrats (8%). Less than half of political independents approve, but the current 42% is up from 34% at the start of the impeachment hearings and matches their highest rating of Trump so far.

It’s the independents who will decide the election. As their opinion of Trump continues to rise, his chance of reelection will increase. The opinion of the Schiff and Nadler clown show took a significant dive since the last time Gallup took a look. Gallup does not solely ask about impeachment. Their question is about impeachment and removal from office. But either way, the trend will be similar.

Those wanting Trump impeached and ousted dropped from 52% in October, down to 46% in mid-December, and those who object to impeachment and removal increased from 46% to 51% 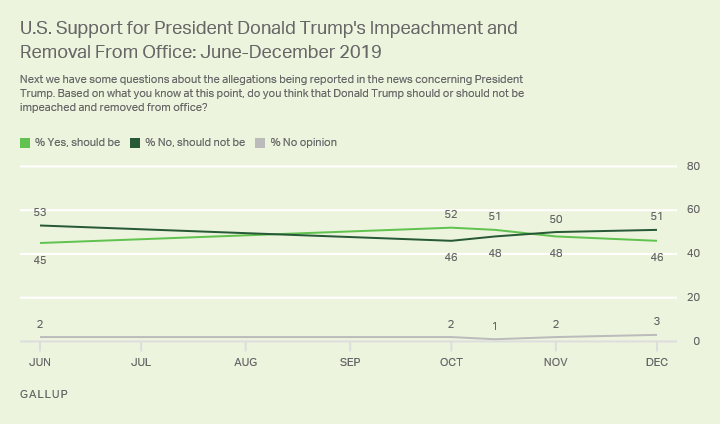 Democrats (85%) remain widely supportive of impeachment and removal, while a small percentage of Republicans, 5%, agree.

The movement in the national figure mostly reflects a small shift among political independents, a slight majority of whom supported impeachment and removal in two October polls (55% and 53%), but whose support has fallen below the 50% mark in the two polls since (45% in November and 48% in the latest poll).

President Trump may want to send Nasty Nancy, Schifty Shiff and, Noxious Nadler really nice holiday presents because the more they continue with this partisan witch hunt the stronger his chances for re-election.