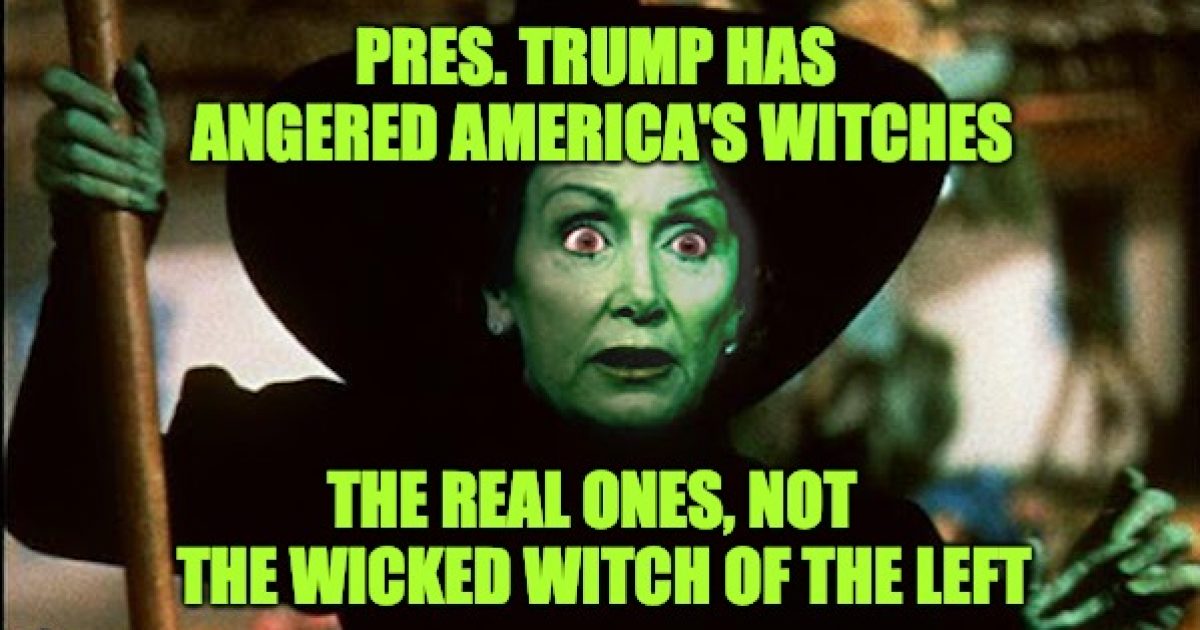 Facebook Twitter Flipboard
Liberals have falsely claimed that President Trump a racist, a misogynist, a xenophobe, an “Islamophobe,” and even though he has a Jewish daughter, son-in-law, and grandchildren, an anti-Semite.  Now he has been accused of insulting a more unique group America’s witch community (no not Nancy Pelosi, the real witches). Apparently, witches are angry that President Trump has been calling the Russian investigation a “witch hunt.”

….a persecution of the President.” Daniel Henninger, The Wall Street Journal. Thank you, people are starting to see and understand what this Witch Hunt is all about. Jeff Sessions should be ashamed of himself for allowing this total HOAX to get started in the first place!

Per the Des Moines Register:

It conjures up for me the burning of 10,000, mostly women, in England and surrounding areas who were accused as witches – right out of the Inquisition playbook,” said Ann Hardman, a Louisville high priestess in the Fellowship of Isis.

“I am incensed with this term. And I have been ever since he did it the first time. It’s insulting; it should be eliminated from the vocabulary. In some ways it’s like the N-word,” Hardman said.

(…)“Some find it very hurtful,” said Lady Vanessa of Louisville, a  third-degree Gardnerian Wiccan high priestess and a practitioner of British Traditional Wicca. She said she tries to ignore much of what Trump has to say, but she is finding that more and more difficult to do.

(…) Martin English, a high priest of Nordic Wicca, said he’s talked to several Wiccans about Trump’s use of “witch hunt” and even discussed it with Nordic Wicca elders who are upset with Trump’s words.

“They were concerned about how the word is so flippantly thrown around,” English said. “It’s considered taboo to irreverently discuss the inquisitions and witch hunts like that.”

Witches? Lions, and Tigers, and Bears, OH MY! 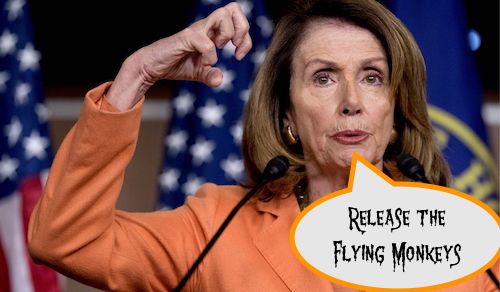 I don’t think the President is trying to anger the witches, but if it is on purpose, the witches started it.

When the President was in office for one month, in Feb. 2017 a group of witches bound President Trump in a mass spell-casting action.  Bound? Sounds a bit kinky. Both the Huffington Post and the Sydney Morning Herald have reported about this mass spell casting. And for novice witches, there was even a document with instructions for casting a spell on Trump that made “the rounds in a number of magical groups” after being “created by a member of a private magical order who wishes to remain anonymous.” In witch’s jargon a “binding spell” has nothing to do with kinky sex, it is supposed to restrain the target.

So if anyone was to be insulted it should have been the President.  But according to the Daily Beast:

“Many are mad, and the rest are rolling their eyes,” said David Salisbury, a lead organizer at Washington-based witch community Firefly House.

Witches are not a constituency with which politicians normally concern themselves. And there’s little sense in the community that Trump actually cares about what they truly think. But for those who practice witchcraft, the president’s words bring up a painful period in history, when men and women were accused of being witches and murdered, both in the American colonies and in Europe.

“To have him compare his situation to the worst period in our history is just infuriating,” Randall said.

Randall finished with, “If Mueller’s investigation were truly a ‘witch hunt,’ then Donald Trump would be hanging naked from chains in a cold barn somewhere, being tortured into admitting his pact with Satan, before being burned at the stake. Instead, he’s golfing at Mar-a-Lago.”