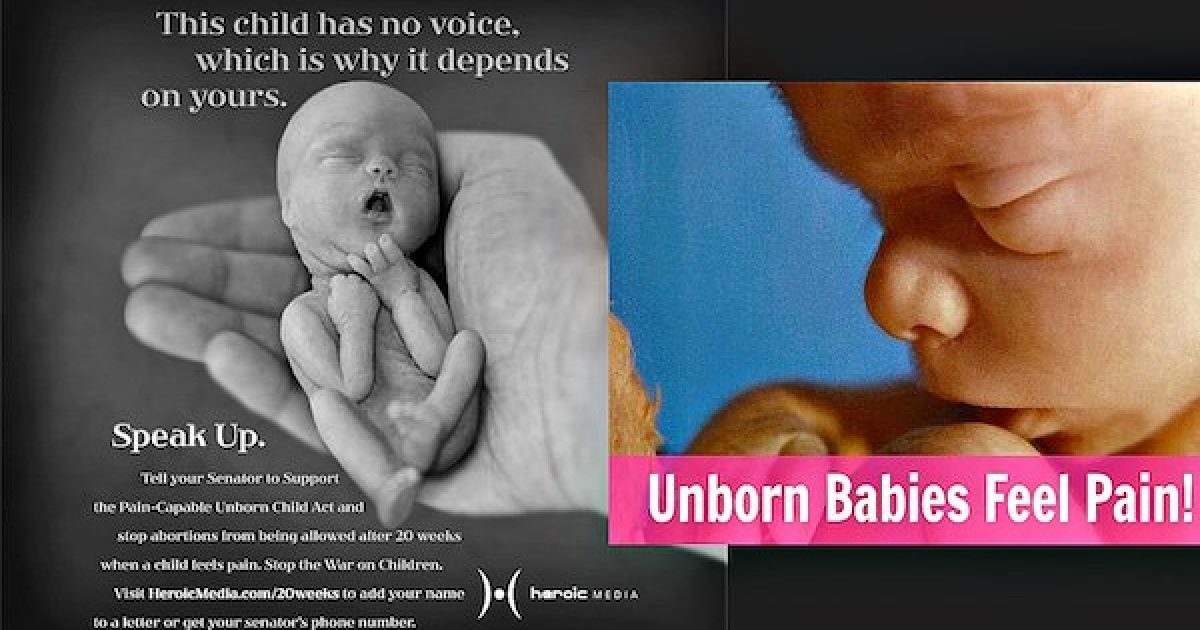 His anti-abortion stance is one reason why many conservatives, who don’t necessarily appreciate President Trump’s personality or rhetoric, still find themselves happy to have voted for him as President. In the months since his inauguration, President Trump has proved himself to be the most pro-life President in the history of our nation. He has defended life, again and again, all while nominating conservative judges and defending religious liberty.

Cultural conservatives and their Christian counterparts may not like some of the things the President says or the way he acts from time to time… but the work he has done since taking office more than make up for a multitude of “sins.”

In a recent conversation with Susan B. Anthony List President Marjorie Dannenfelser, President Trump said that signing the “Pain-Capable Unborn Child Protection Act” was a “high priority” for him.

“This will be a big issue in the 2018 Senate elections. The other thing that is different this time is that the president of the United States, who I talked with last night at the White House about this, considers it a high priority.

So this has become now a national conversation, not just a conversation that you have off on the sidelines.”

Dannenfelser continued, “The 20-week bill actually is generally pre-viability before children are able to live outside the womb. So viability as an argument is lacking in compassion when you see that just like a week before Micah’s birth he could have been legally aborted at many many places.

You see that this is about a human being whose life deserves to be protected.”

The pro-life leader also expressed hope that the media would be forced to cover the bill as it moved forward.

“I have really found that over the last several years, of dealing especially with this 20-week bill that the media in general are listening.

I mean, there are obviously exceptions. But because this really appeals to the basic humanity of people, I’m not saying that they’re on our side, or they’re agreeing, but I think when the  – that when they’re faced with this issue, they at least get it.

Sometimes they don’t even get our issues.”

She acknowledged that the media could fight against the bill but that their bias probably couldn’t stop it from happening.

“The only way that media bias could really kill this is by not reporting it at all, which is, of course, one tactic that happens a lot. That would be something of concern. But I’m finding mainstream outlets with reporters that they understand why it resonates.

They basically get most of the arguments out and frankly, without the pressure of really good outlets, I don’t think that would have happened.”

The most important “Trump” card for the pro-life movement though, is President Trump himself, who has already signaled his support for the bill and said that he will sign it when it comes across his desk.

It’s not a total abortion ban but it is a first step.