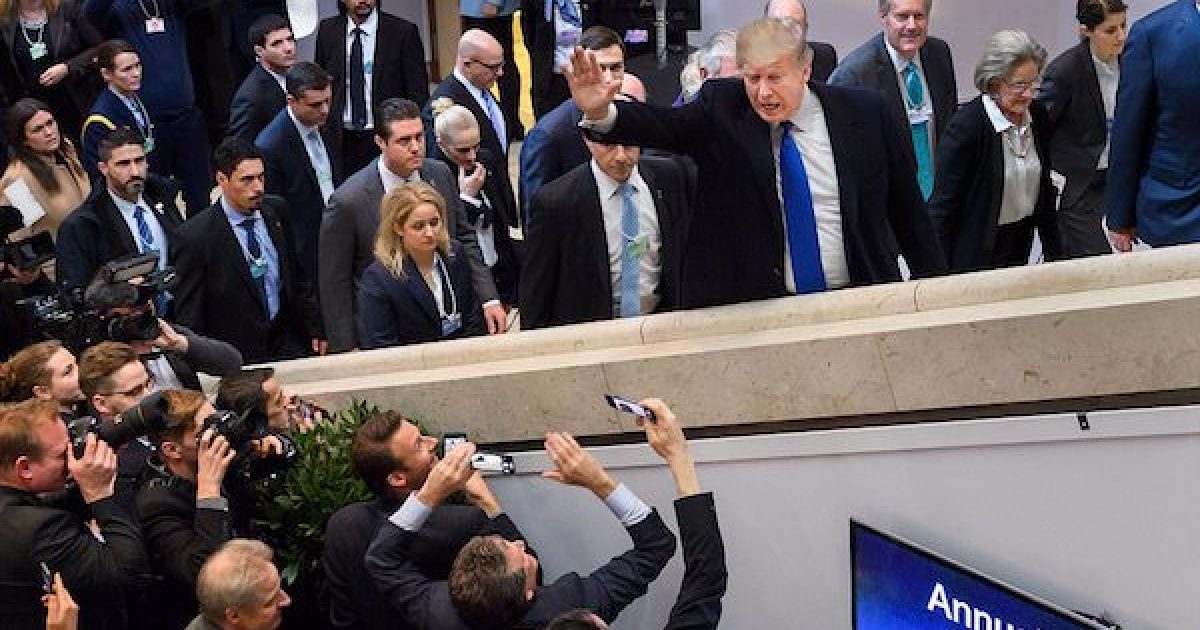 I’m not sure whether the Trump team’s appearance at Davos should be seen as a “good thing” or as something that is disheartening for us anti-globalists.

The World Economic Forum summit taking place right now in Davos, Switzerland is the ultimate conference for the economic globalists. CEO’s, politicians, power players, and journalists from all over the world converge on Davos to discuss moving the world’s economy ever-forward.

So when the Trump team decided to send a delegation that included the President, some wondered if we’d see fireworks. We haven’t. Instead, what we’ve seen is the Trump administration trying to “sell” America First to the world. In an effort to help our allies, friends, and others understand that if we take care of the American people first, the entire world will most certainly benefit. Instead of confronting the globalists, the Trump team seemed to be appeasing them by explaining that “America First” doesn’t mean “America Only,” and that it actually means good things for the rest of the world.

On Thursday, President Trump was asked if America is great yet, by Business Insider CEO Henry Blodget. His response? “America is great.” Blodget then followed up with, “Is everybody else great?” To which the President responded, “Everyone’s Great.”

By the way, everyone seemed very excited to have the President at Davos.

This is what real power looks like. CEOs, politicians, journalists watch in hushed silence as President Trump sweeps up the stairs. Davos becomes Versailles. pic.twitter.com/1G0J5lwTNY

This doesn’t seem like the caricature of the man the media says that the world has no respect for, does it?

Apparently, the world’s most influential people have quite a different opinion of our President than our media does.

There were other folks from the Trump team at Davos too.

House Majority Leader Kevin McCarthy, DHS Sec. Kirstjen Nielsen and Transportation Sec. Elaine Chao spoke in a forum earlier this week where they explained why “America First” shouldn’t be a worrisome idea to the world community.

McCarthy: “You’ve got to understand what does ‘America First’ mean. We wanted to focus on the economics of America, we want the citizens to be safe at home and abroad… What is interesting is the number of countries now talking about their tax systems. With doing something as big as the tax change, the economic America rising helps the rest of the world. It also helps from a safety perspective around the world. I think you’ll hear about that, but also the future plans for infrastructure, for building greater relationships with other countries, and Davos is a great place for that to happen.”

McCarthy also explained that “America First” isn’t a new thing and it’s most certainly not anti-globalist.

McCarthy: “Where was the first time you heard Make America Great Again? President Ronald Reagan. Think about what the world looked like after Reagan was President of the United States. Secondly, it is only right to modernize the NAFTA agreement. The NAFTA agreement was created before computers — before technology. There’s nothing wrong with negotiating…

The world should take a step back and say, maybe you disagree with a word he says or something, but what are the results? Would North Korea be talking to South Korea? Is that America First, or is that making the rest of the world safe?”

Nielsen: “We’re all here to make it clear that ‘America First’ is not America alone. We’re here to partner… We need those partnerships.The world should take a step back and say, maybe you disagree with a word he says or something, but what are the results? Would North Korea be talking to South Korea? Is that America First, or is that making the rest of the world safe?”

Nielsen: “We’re all here to make it clear that ‘America First’ is not America alone. We’re here to partner… We need those partnerships.”