He Will Join Tx Gov On 6/30 For “An Official Visit To Our Nation’s Decimated Southern Border,” 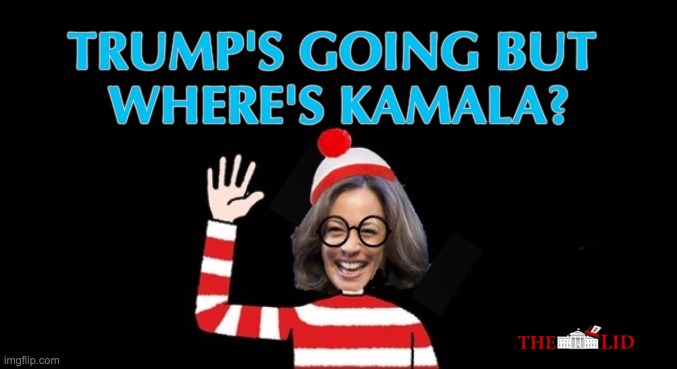 President Donald Trump will visit the U.S. border with Mexico before either Joe Biden or Kamala Harris. He is slamming them both for creating the border crisis befalling the country. Trump to Texas border

Trump blasted Biden and Harris for the “wreckage they created” on the border.

In his statement this week, Trump said that he will join Texas Gov. Greg Abbott on June 30 for “an official visit to our Nation’s decimated Southern border,” saying that “the Biden Administration inherited from me the strongest, safest, and most secure border in U.S. history and in mere weeks they turned it into the single worst border crisis disaster in U.S. history.”

We went from detain-and-remove to catch-and-release. We went from having border security that was the envy of the world to a lawless border that is now pitied around the world. Biden and Harris have handed control of our border over to cartels, criminals, and coyotes. Drug dealers, MS-13 gang members, human smugglers, sex traffickers, and the criminal elements of the world now have free rein. Hospitals and schools are getting crushed and public health is being sacrificed all in service of a radical left anti-borders agenda. Our brave border agents and courageous ICE officers have been illegally stopped from doing their jobs. Our Nation is now one giant sanctuary city where even dangerous criminals are being cut loose and set free inside the U.S. interior on a daily basis.

Trump added, “If this weren’t bad enough, Biden and Harris wouldn’t even tour the scenes of the wreckage they created, or come down and visit with the Border Patrol and ICE heroes risking their lives to defend our Nation at a time when the White House is doing everything it can to make their job totally impossible.”

Gov. Abbott noted that Texas will do the job Biden won’t.

Later this week, I will unveil our plans to build a border wall.

The Lone Star State will do what Biden REFUSES to do — protect our citizens along the southern border. pic.twitter.com/qQ7vQTDWAI

Meanwhile, the Daily Mail reported that U.S. Customs and Border Protection data shows, “the number of migrants rocketed by more than six-fold from the 23,237 who crossed from Mexico into the United States in May 2020.”

The paper also said that the “data also showed illegal crossings have exploded by 674% in a year, with 180,034 recorded in May — the fourth consecutive monthly rise.”