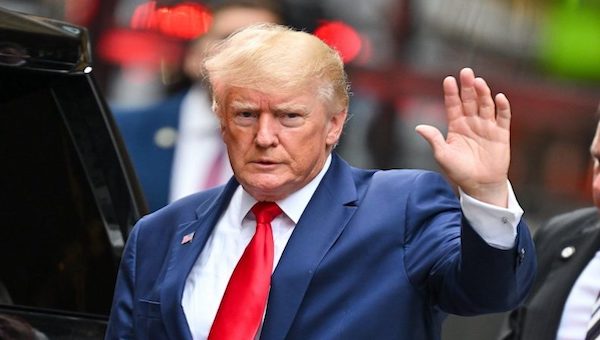 Trump is being hunted, to put it bluntly, and the probes he faces today have a wide range. Some believe that he acted inappropriately on January 6th, 2021 (despite having already been acquitted of that). Others seem to think that a President with a lifetime top secret security clearance isn’t allowed to bring documents home from his time in office.

Others still seem to think that rooting around in the business of the Trump organization is going to net some dirt that they can use to smear him, but the former President isn’t going to give them anything to work with.

Former President Donald Trump said he refused to answer questions Wednesday at a deposition by investigators for New York Attorney General Letitia James as part of her civil probe into the Trump Organization.

Trump announced in an emailed statement he had invoked his Fifth Amendment right against making self-incriminating statements shortly after arriving for the court-ordered interview under oath at James’ offices in New York City.

“I once asked, ‘If you’re innocent, why are you taking the Fifth Amendment?’ Now I know the answer to that question,” Trump said in that furious statement, which claimed James is a renegade prosecutor with a vendetta against him and his company.

He went on, brutally exposing the investigation for what it was.

“When your family, your company, and all the people in your orbit have become the targets of an unfounded, politically motivated Witch Hunt supported by lawyers, prosecutors, and the Fake News Media, you have no choice,” Trump said.

“Accordingly, under the advice of my counsel and for all of the above reasons, I declined to answer the questions under the rights and privileges afforded to every citizen under the United States Constitution,” h

James has it out for Trump. As part of her acceptance speech in November 2018, the night she was first elected:

“New Yorkers, we can spot a con man,” James, the first African-American and the first woman elected to the office, said to a cheering crowd in Brooklyn. “We can spot a carnival barker. I will shine a light into every dark corner of his real estate dealings, and every dealing.”

The stymieing of the probe comes during the same week in which the FBI conducted an unprecedented siege of Trump’s estate at Mar-a-Lago, in which the former President now appears concerned that evidence may have been planted by agents.