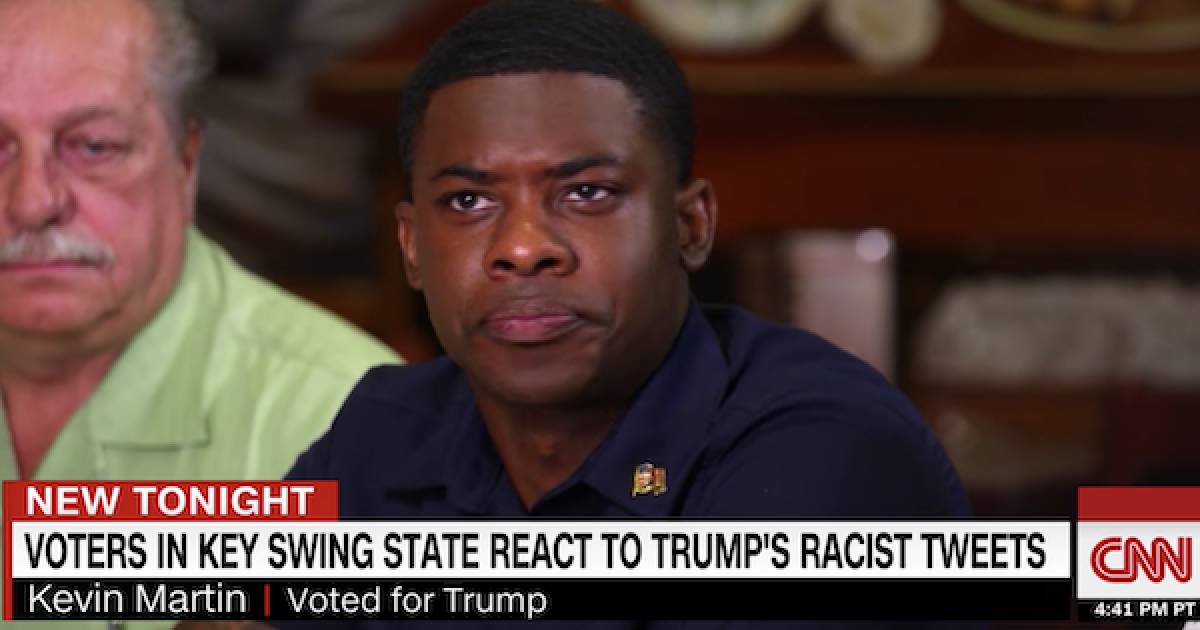 CNN viewers were so incensed with an interview of a black man who dared to support Donald Trump that they began organizing on Twitter to track the man down and attack him.

The young black man, Kevin Martin from Pennsylvania appeared on the network with Van Jones to explain why he supports the president. Kevin also noted that the extreme leftism coming out of the Democrat Party is scaring him (and the rest of the country).

“All this, kind of this, far-left talk is kind of scaring me, when it comes to the border,” the guy said, “Look, I mean, I was raised in a conservative family, and I’m in business, I’m a business consultant, and business is great. And I don’t want to lose that. And I know that a lot of the rhetoric coming out of the White House off Twitter, is concerning, but putting personal feelings aside, I think that we’re having a great economic boom, I mean, people are risking their lives to come here.”

Mr. Martin is so right. Trump has been one of the bests presidents ever for the business sector. And he has presided over the lowest unemployment rate for blacks and other minorities in U.S. history.

So, what was the reaction of CNN’s viewers? Were they tolerant of Kevin Martin’s opinion?

Usually, liberals call anyone who disagrees with them “racist.” But  Kevin Martin is an African-American they can’t get away with that. But they also couldn’t feign tolerance and accept that this man had a right to his viewpoint. So CNN’s viewers began gathering on Twitter in an attempt to track the guy down and harras him.

That #KevinMartin on CNN is a lost soul. You're willing to support someone that HATES you all bc you think he has something to do with your business doing well. Wake up!!! Your business is doing well bc of Obama! Stop putting profits before morals and your ancestors. Wake up.

@CNN @VanJones68 Somebody on social media needs to find this brother. He is lost. #KevinMartin pic.twitter.com/TzgJH5rhmz

For #KevinMartin interviewed by #VanJones on #CNN – you watched an adult mock a disabled man in front of a crowd & you support him? you hear his #racism & you still back him? You told the whole nation you support his racism, sexism, & cruelty/war crimes as if that is intelligent?

#KevinMartin needs 2 clues. He was done when he first said border (as if) then talked business (as if) and undecided (as if) re “go back to wherever” — hypocrite GOP-Biz type that hires alien and cries border or GOP-Biz type thriving in blue state when lowly reds bite, moron.

For #KevinMartin It's NOT a good economy when wages are lower today than 1973; 80% live paycheck to paycheck; 62% of jobs don't support middle class; 140 million are poor or lower class; half of older Americans have no retirement savings. Think about someone other than yourself.

Man those liberals are so tolerant!

Parts of this post were first seen at GodFatherPolitics.com