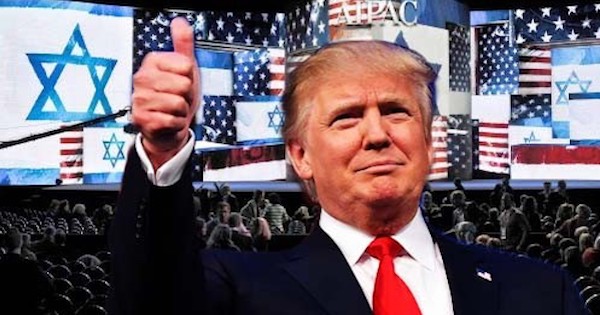 In the midst of the upheaval regarding President Trump’s travel pause, as well as Senator Schumer recovering from his crying act to place roadblocks in front of cabinet nominees and a threat to filibuster Judge Gorsuch’s nomination, there was one Trump action that received little news and what it did get was unfairly negative. When read with objective eyes, the Trump Administration’s statement on “settlements” was the most pro-Israel statement on settlement communities ever.

The statement released Thursday evening was unusual for both what it said, and what it didn’t say:

“The American desire for peace between the Israelis and the Palestinians has remained unchanged for 50 years. While we don’t believe the existence of settlements is an impediment to peace, the construction of new settlements or the expansion of existing settlements beyond their current borders may not be helpful in achieving that goal. As the President has expressed many times, he hopes to achieve peace throughout the Middle East region. The Trump administration has not taken an official position on settlement activity and looks forward to continuing discussions, including with Prime Minister Netanyahu when he visits with President Trump later this month.”

The immediate reaction by the liberal media was see Trump had to get tough with Netanyahu. The NY Times even wrote an article under the headline, “Trump Embraces Pillars of Obama’s Foreign Policy.” And from the pro-Israel community the reaction was OMG Trump is taking a giant step backward from his campaign position. Both positions are wrong.

Let’s take a look at what each segment of the statement said:

Obama felt so strongly settlements were an impediment to peace that he made it a bigger issue than the Palestinians did, and 2009 broke an agreement between Israel and the U.S. that allowed Israel to build in existing settlements as long as no new land was taken. Obama used his belief that settlement communities were an impediment to peace as his rationale abstaining from an anti-Israel UNSC resolution during the lasts weeks of his administration.

It cannot be emphasized enough; this is the first time any U.S. President declared that the settlements were not an impediment to peace. Even Bush #43, who cut a deal with Ariel Sharon that he wouldn’t complain about new construction in existing communities building in settlement as long as it didn’t involve new land, did not go as far as saying they weren’t an impediment to peace.

“the construction of new settlements or the expansion of existing settlements beyond their current borders may not be helpful in achieving that goal.”

Putting that in “non-diplomatic terms” the Administration was giving Israel permission to build new housing units in existing communities as long as they did not expand their territory. The White House did not say the building of entirely “new settlements” is not great (but it was said without the venom of Obama).

That is an 180 degree turn from Obama who not only objected to the Jewish State adding apartments to existing communities but in March 2010 he sent Joe Biden to Israel, so he could rip into the Netanyahu for building bathrooms in Jerusalem. This was followed by Hillary Clinton calling and screaming at Netanyahu on the phone for 45 minutes.

When Netanyahu visited the White House a week and a half later, Obama left the Israeli team alone in a conference room while he went upstairs to eat dinner.  When the discussions were over Obama made the Israeli team leave via a side door (there was no word whether or not he allowed the Israeli delegation to use the bathroom).

“As the President has expressed many times, he hopes to achieve peace throughout the Middle East region. The Trump administration has not taken an official position on settlement activity and looks forward to continuing discussions, including with Prime Minister Netanyahu when he visits with President Trump later this month.”

No hate no venom, no public condemnation, not even a declaration that Israeli Jews had to go to the bathroom in the streets.  Just a  “please shut it down for two weeks until we can talk”

Now read through the statement again, do you notice what wasn’t mentioned?

The statement did not mention two-state solution, nor did it mention Jerusalem.  Some might say the two issues are implied in the first line. But more probably they were left out as not to walk back from the Trump campaign’s pre-election position as outlined in the position paper released by Jason Greenblatt and David Friedman:

“A two-state solution between Israel and the Palestinians appears impossible as long as the Palestinians are unwilling to renounce violence against Israel or recognize Israel’s right to exist as a Jewish state. Additionally, the Palestinians are divided between PA rule in the West Bank and Hamas rule in Gaza so there is not a united Palestinian people who could control a second state. Hamas is a US-designated terrorist organization that actively seeks Israel’s destruction. We will seek to assist the Israelis and the Palestinians in reaching a comprehensive and lasting peace, to be freely and fairly negotiated between those living in the region….The U.S. cannot support the creation of a new state where terrorism is financially incentivized, terrorists are celebrated by political parties and government institutions, and the corrupt diversion of foreign aid is rampant. The U.S. should not support the creation of a state that forbids the presence of Christian or Jewish citizens, or that discriminates against people on the basis of religion.”

The Trump administration’s statement on settlement communities was an incredible step forward for United States policy regarding Israel. It allows for Israel to build in existing communities, does not push for a divided Jerusalem, or a state for a Palestinian Authority that is more concerned with enriching their own pockets and using Israel as a scapegoat than making peace.

And unlike Barack Obama this statement believes that Jews, like every other human being on the planet need bathrooms.

With all that said, why did the Trump administration feel the need to release the one paragraph statement.

As with conversation between Trump and the Australian president, and the one between President Trump and the Mexican president, someone in the administration, (State Department ?) leaked an incorrect version of the story.  In this case a private communication with Israel was leaked to the Jerusalem Post, and the Administration felt they had to release a statement to clear up the untruths in the JPost article.

The anti-Israel source of the  Jerusalem Post  article must be pretty disappointed in the statement their leak helped to generate.