Has Trump Already Accomplished More Than 8 Years Of Reagan? 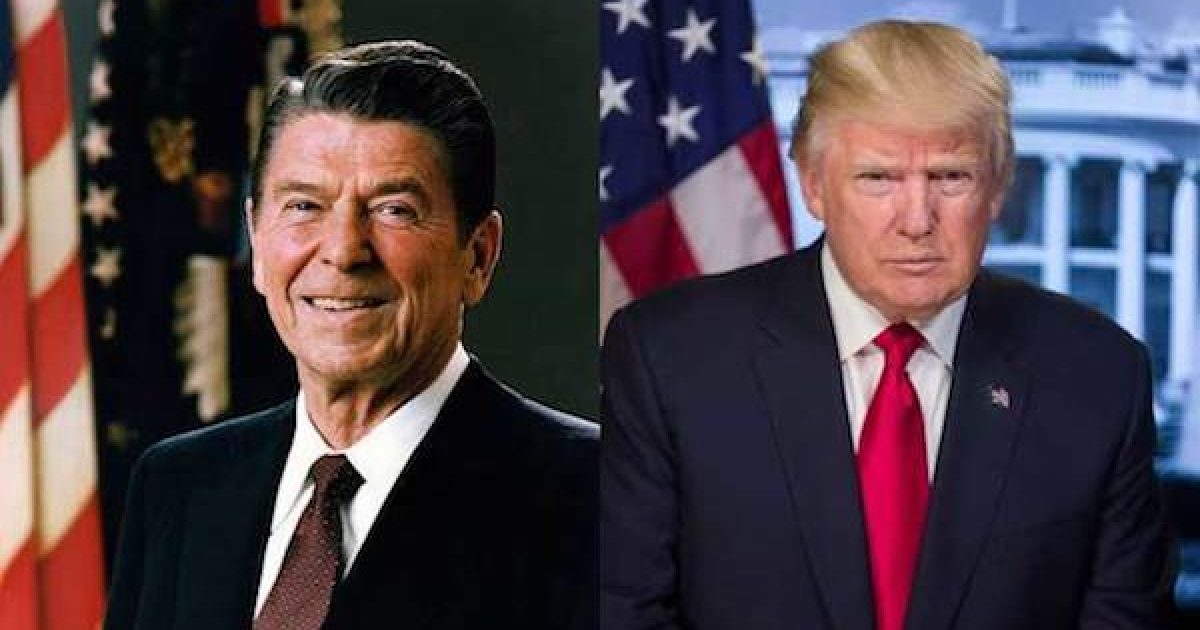 The headline might sound shocking but that’s the message some members of Team Trump are trying to convey to the world. The question is, are they right?

Shaftan is no #MAGA-crazed Trump devotee. He supported other candidates during the GOP primary but like many conservatives, he has embraced the President after a very good first year in office.

Also on Facebook, Shaftan explained that this article from Mollie Hemingway mirrored his feelings on Trump and his hope that the President would continue to govern in the manner he has over the last year.

This may seem like an odd moment for saying so, but a year into the presidency of Donald Trump, I’m elated.

Trump was not my first or even second choice for president, but a full two years ago I predicted he would win. I also predicted he’d be a progressive president, which explained why I was not among his supporters and why I am so pleased now…

My expectations were low — so low that he could have met them by simply not being President Hillary Clinton. But a year into this presidency, he’s exceeded those expectations by quite a bit. I’m thrilled.

Hemingway uses her article to explain that she was dubious that Trump would ever make a “good” President, but after his first year in office, she has been “thrilled” with the work that he’s done… even if she still hates his personality and his boorish rhetoric.

Over at the Heritage Foundation, the eggheads who work at one of the most important conservative think-tanks in the world recently agreed that Trump’s first year was a resounding success.

The Trump administration has pursued policies that have hewed remarkably close to the recommendations of a leading conservative think tank, the Heritage Foundation, which found in a new review that nearly two-thirds of its ideas had been carried out or embraced by the White House over the past year.

Not one to dwell on the details of governing, President Trump has shown a considerable degree of deference to groups within the conservative movement like Heritage, leading to a rightward shift in social, environmental, immigration and foreign policy.

The results, Heritage found in its review, exceeded even the first year of Ronald Reagan’s presidency, whose tenure has long been the conservative gold standard.

As eight years of a Democratic administration drew to a close, Heritage began developing in 2016 a list of 334 policy prescriptions that a new Republican administration could adopt. It included a variety of actions, like reimposing work requirements for welfare recipients, ending the program that shields young immigrants brought here illegally as children, withdrawing from the Paris climate accord and eliminating certain gender identity protections.

Heritage said that 64 percent of those items were enacted by the administration either through executive order or another means of enforcement, or included in Mr. Trump’s budget, which has not been voted on by Congress.

In Reagan’s first year, only 49 percent of Heritage’s wish list items were embraced by the president or enacted. At the time, Heritage identified a familiar problem for why the administration’s policies were wanting. In almost every federal agency, Heritage said in November 1981, “delayed appointments, unqualified or misqualified appointments, or the appointment of individuals who are not committed to the President’s goals and policies” had delayed or thwarted policy changes.

And this line may just sum up why it is that President Trump’s approval rating has slowly been climbing as 2018 gets underway.

While conservatives may often find themselves in disbelief about the president’s impulsive and reckless style, his policy decisions are buying him a lot of good will.

This is the heart of the matter, isn’t it?

I don’t approve of the President coarse language, of his seemingly hedonistic lifestyle, or of the way that he treats those with whom he disagrees. However, I wholeheartedly approve of most of the policy decisions that he’s pursued during his first year in office. I do have disagreements with some of his policies, but overall, he’s governed far more conservatively than any President since President Reagan… and that includes the two Republicans named Bush.

Only time will tell if the Trump era will be more successful than the Reagan-infused “Roaring 80’s” was… but here’s hoping it will be.