Is The ‘Trump is Racist’ Lie The New ‘Trump Colluded With Russia’ Lie? 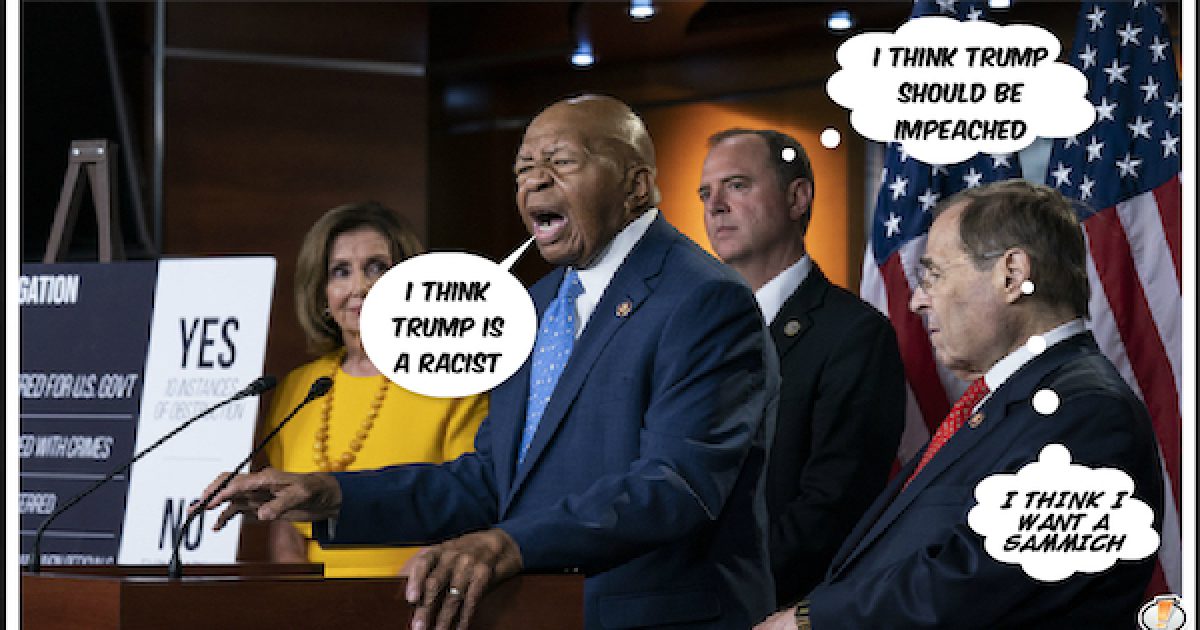 It didn’t start with President Trump. For years instead of having rational arguments with people who have opposing opinions, liberals slander them by calling them, haters, The Tea Party was racist, Ted Cruz  (and yours truly) were anti-Semites, and ever since he came down the Trump Tower escalator in June 2015 the liberals who dominate the Democratic Party have been calling Donald Trump a racist.  However, in the past few days, those “Trump is a Racist” attacks have gotten much worse. Is it because the impeachment effort was damaged by Mueller and racism is the new Democratic Party strategy for the 2020 election?

For two-plus years the Democrats put all of their overturn the 2016 election efforts into Spygate and Russian collusion. But last Wednesday their hopes and dreams were destroyed, Robert Mueller’s awful testimony cooled down the impeachment momentum. Oh, most Democrats still give “impeach trump” lip service. They have to. That is what makes their base happy.  It also prevents Rob Reiner’s limited brain from exploding. If they stopped giving impeachment lip service Michael Moore will get so angry he will eat Cleveland and Tom Steyer will pollute the atmosphere by burning a few million dollars. 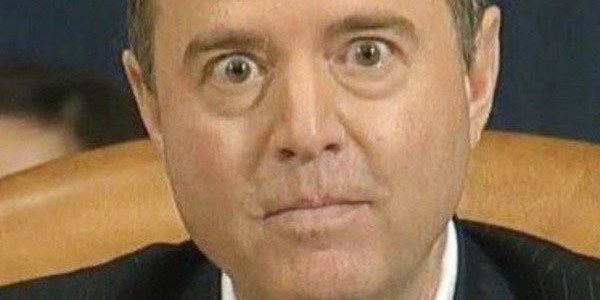 Keep in mind though,  that Adam Schiff and Jerrold Nadler are not just giving impeachment lip services. They really mean it when they call for impeachment. Most Democrats realize their impeachment dreams have gone the way of my MLB pitching career. But Nadler needs to prove to his constituents that he hasn’t wasted the past two years, and Schiff—well— take a look at his bug-eyes. Doesn’t he look like a  person who has a few loose circuits in his cranial computer?

At a hearing last week Rep. Elijah Cummings summoned up all the unprofessionalism in his heart and screamed at the acting DHS Secretary:

“What does that mean? What does that mean? When a child is sitting in their own feces, can’t take a shower? Come on man. What’s that about? None of us would have our children in that position. They are human beings,” he said, beginning to raise his voice. He added that he didn’t think Democrats’ complaints were being taken seriously. “I get tired of folks saying, ‘Oh they’re just beating up on the Border Patrol.’ ‘Oh, they’re just beating up on Homeland Security.’ All I’m saying is, I want to concentrate on these children, and I want to make sure that they’re OK. I’ve said it before, and I’ll say it again: It’s not the deed you do to a child. It’s the memory. It’s the memory.”

Over the weekend, our Counter-Puncher-In-Chief President Trump hit back at Rep. Cummings to protect the DHS Sec.

Rep, Elijah Cummings has been a brutal bully, shouting and screaming at the great men & women of Border Patrol about conditions at the Southern Border, when actually his Baltimore district is FAR WORSE and more dangerous. His district is considered the Worst in the USA……

Reread those tweets, can you see anything about race? Some people point to the word rats being racist but according to Mr. Tinkle down his leg, MSNBC’s Chris Matthews, rats mean Jews.

It didn’t matter though, because the President’s tweets gave the Democrats their new strategy, “We can’t beat him with Russia-gate, let’s call him a racist to make him lose the 2020 election.” Since Sunday morning, the Democrats and their media lemmings have been relentlessly calling President Trump a racist. They got so crazy on the subject they even protected professional bigot Al Sharpton.

Though nothing he tweeted had anything to do with race the media is describing the President’s tweets as racist. Making those comments even more hypocritical is that they still describe Rep. Omar’s use of classic anti-Semitic canards as “what some people say is anti-Semitic.”

Don’t be surprised if the number one topic during this week’s two DNC primary debates is the supposed presidential racism. They will try and find new ways to call this president a racist. Topic number two will be impeachment they have to mention it to rally the far-left base of their party.

As for the Russia-gate thing, since Mueller killed their opportunity to call President Trump a Russian spy, they transferred the fake claim to Mitch McConnell.

But in the end, despite what the far left believes the voting public are not imbeciles, they know the only thing racist associated with this president is that liberal racists don’t like him.  Don’t believe me—believe Dr. Alvida King.