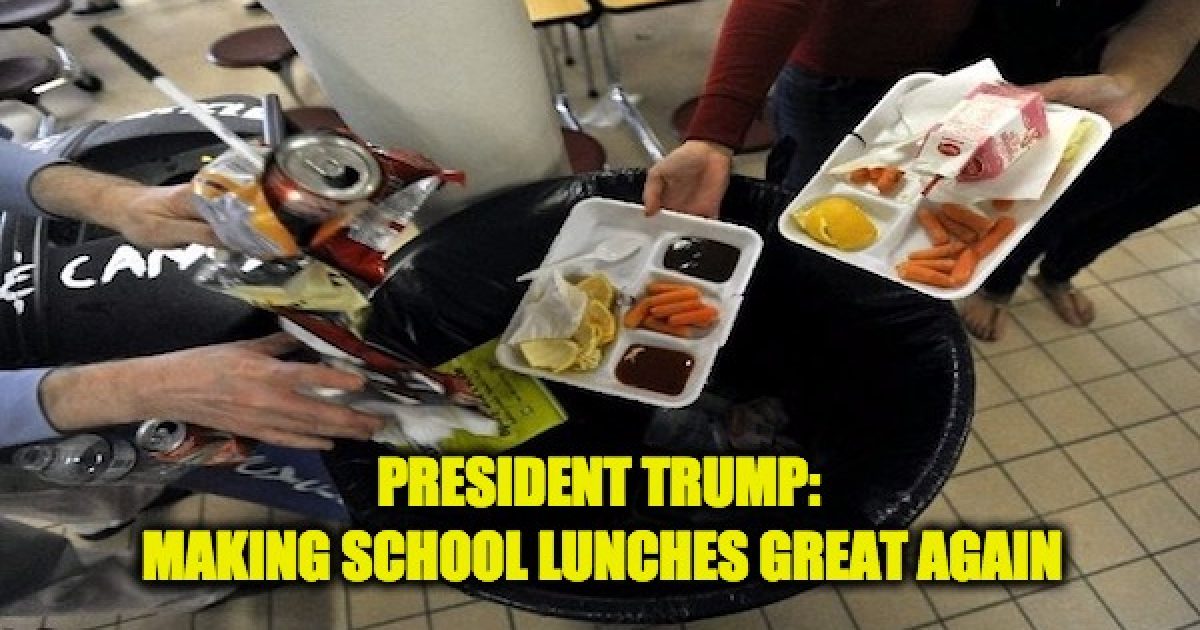 President Donald Trump is dumping former First Lady Michelle Obama’s lunch program right in the trash, much like most of the students were already doing!

As someone who spent her high school years under the tyrannical rule of the Obamas, I can speak from experience when I say that the school lunches tanked when Moochelle was given full reign over the program.

Like most students, lunch was my favorite period of the school day. That was until the menu completely flopped, and our food tasted more like cardboard than appetizing, edible food. We were not even allowed to have salt or pepper packets per the mooch’s rules. We literally started bringing our own salt and pepper shakers to school!!

As if the food itself wasn’t bad enough, on the days it was tolerable, there was never enough. We left hungry every single day. So the flavor was tossed AND the food portions were cut in half. It was terrible.

Children of the future need not worry though! The unseasoned cardboard is being shown the door as the Trump administration announces they will be easing the school lunch program rules implemented by the Obamas.

While the entire program will not be tossed (not yet anyway) they are reintroducing chocolate milk, as well as a few other changes.

Trump’s Department of Agriculture said that, effective next summer, kid-favorite chocolate milk will return to the cafeteria.

Additionally, whole grain requirements and sodium limits will be relaxed.“

Fox & Friends” reported that, under the now-sunsetting Obama plan, many students have elected to toss their less-appetizing meals.