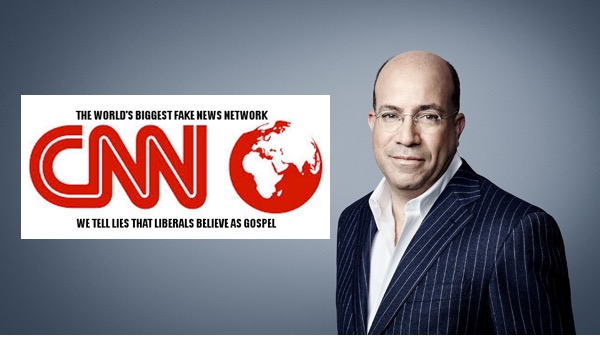 Multiple sources are reporting that the White House may stop the merger between Time Warner and AT&T if Time Warner-owned CNN does not fire its president Jeff Zucker.

Because the merger will consolidate a large segment of the media industry, the Justice Department will decide whether to approve the merger. The merger would combine the biggest U.S. pay-TV and internet provider with one of the largest content providers.Since the two specialize in different segments of media industry  the merger would normally go through, however because of CNN’s troubled relationship with the President and recent fake news scandals, the administration may prevent the union unless there is a change in CNN management. That leaves the possibility of Zucker being fired or being kicked upstairs and losing his management responsibilities over the news networks.

Mr. Zucker, who was ousted as chief executive of NBC Universal after that company merged with Comcast, declined to comment on the pending deal, except to say that the merger had not affected his journalistic or management choices. “It’s not something I think about,” he said, adding that he had not discussed the proposed acquisition by AT&T with Jeffrey Bewkes, the chief executive of Time Warner.

That is what Jeff Zucker is supposed to say, but CNN has sullied its own reputation since the election of Donald Trump as president because of the network’s anti-Trump bias which has led it to present falsehoods as news. Some of those fake stories included:

There’s plenty more CNN embarrassments where that came from including celebrating July 4th with fake quotes from Lincoln and Ben Franklin, the recent  Project Veritas videos demonstrating that many at the network do not believe the Trump/Russia collusion story but obsess on it because of ratings,Kathy Griffin and Reza Aslan being fired for their over the top attacks on the President, and of course CNN’s bullying of the guy they believed created the Trump/CNN wrestling video (who may be the wrong guy).

But in the end it is the decision of the Justice Department, and It is unclear whether the President will to influence the Justice Department’s decision on the merger, but The NY Times is reporting White House advisers have discussed the deal as “a potential point of leverage,” against what is becoming known as the Fake News Network.

Honestly I have mixed feeling about this report.  On one hand Zucker is responsible for the direction of the news content and the network has screwed up too many times in the past seven months–in other words Jeff Zucker has earned a change, either via firing or getting kicked upstairs.  On the other hand, I’m a bit uncomfortable with any president making personnel decisions for any company.  Being a conservative my strong belief is that this should be a marketplace decision. Zucker’s job is to bring in high ratings and ad revenue and by all reports he is accomplishing that goal.