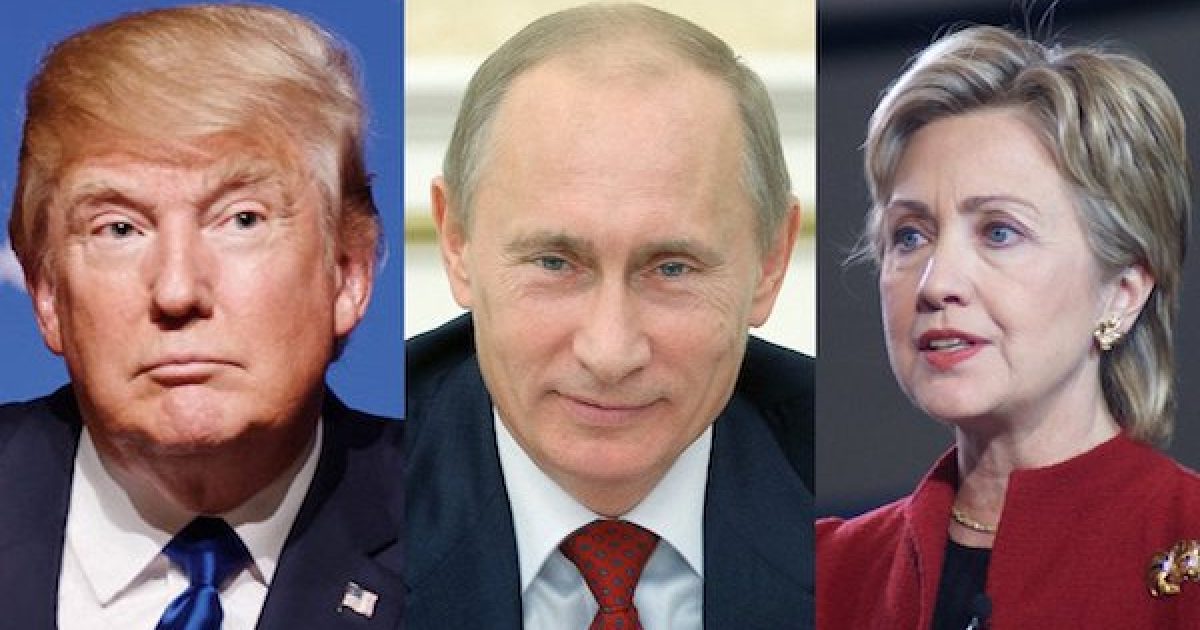 A pair of strong arguments that Hillary Clinton must face Congressional investigation for her relationship with Russia, was made earlier this week, from both the left and the right.

On the left, law professor Jonathan Turley chastised his fellow liberals for demanding an investigation into Trump’s Russia ties, but not calling for the same against Clinton.

What is curious is that now that Hillary Clinton and her campaign happened to be accused of very similar types of conduct in some respects, many of these same experts are retreating to the narrowness of the criminal code and saying you can’t extend the code that far, and there’s really no need to investigate.

I just don’t think you can have it both ways. It seems to me at this point, and I supported the appointment of special counsel, I think you have to investigate all of this because the American people are divided. They have no faith at all in the political system or their leaders. The best the government can offer is really some answers, and I don’t see how you can investigate one side and not the other at this point…

What is very odd is that some of the things that Hillary Clinton is accused of do not require the same type of gymnastic linguistics that we saw on the Trump side. It doesn’t mean that she is guilty of a crime. I’m skeptical that either of these politicians could be charged with a crime, either Trump or Clinton. But she is accused in the Uranium One deal of a pay to play scheme. $500,000 made it into the Clintons personal account, millions of dollars were given through the Foundation.

There was a link that has been suggested to a decision of the State Department.

Now, does that mean she committed that crime? Of course not. But that would be a crime. That’s a cognizable crime, you don’t have to stretch the code. So I don’t see why or how people can maintain this position that, well, we have to keep investigating President Trump but there is nothing there to investigate for Clinton.

From the right conservative Ned Ryun argues that the left’s silence about investigating Hillary Clinton’s Russia connections speaks volumes about their own hypocrisy. While there is STILL no actual evidence that the Trump campaign ever “colluded” with Russia, or that they ever did anything illegal during the presidential campaign… the Democrats continue to call for more investigations and they continue to make more outrageous claims about President Trump. Meanwhile, the ongoing investigations have revealed copious amounts of evidence that Hillary Clinton, her campaign, and the DNC were involved in possibly illegal activity and the Democrats continue to ignore those likely crimes!

“This Russian lawyer we will discover that she was actually one of the unnamed sources for the Russian dossier. The thing that is amazing to me in all of this is we have seen harder and stronger evidence over the last two weeks for Russian collusion between Fusion GPS, the DNC and Hillary Clinton with Russia than we have any evidence for the Trump campaign and Russia for the last year.

The reason I think the Intelligence Committee is trying to get ahold of all of their bank records — I think Fusion GPS was actually paying journalists to promote their manufactured news, and so you asked if there was anything illegal. We’ll have to find that out and that’s why I want to see the DOJ to go under the RICO statutes and look what Fusion GPS has done. It’s highly unethical.”

Both Turley and Ryun are right.