Pres.Trump To Gov. Newsom: Return The $3.5 Billion You Got For High-Speed Rail! 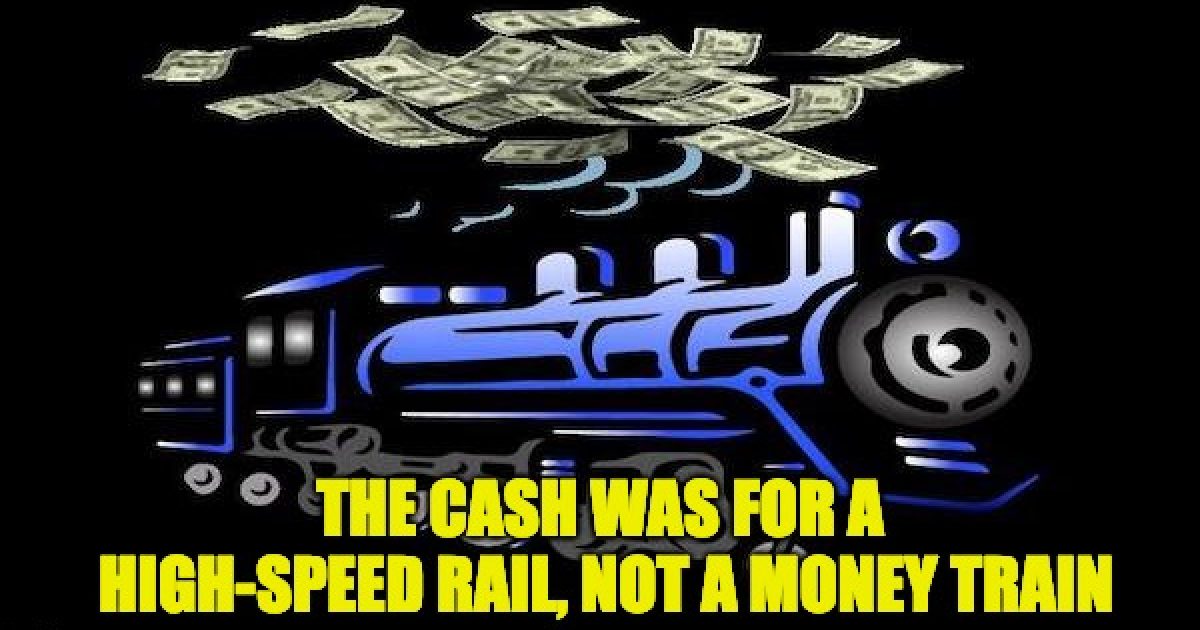 During his first State of the State address,  California Governor Gavin Newsom canceled the California high-speed train project, because like most liberal boondoggles it would cost nearly 2x the original budget, take much longer to finish than projected, and would end up making the L.A. to S.F. trip longer than a commercial airline (and the ticket more expansive). To help pay for the high-speed train the Obama administration gave California $3.5 billion  Now that the project has been canceled justifiably President Trump wants the Golden State to return the money.

California has been forced to cancel the massive bullet train project after having spent and wasted many billions of dollars. They owe the Federal Government three and a half billion dollars. We want that money back now. Whole project is a “green” disaster!

One of the much-critiqued goals of the since-disappeared FAQ Democrat Rep. Alexandria Ocasio-Cortez sent to major news outlets and posted on her “Green New Deal” information page was the creation of so many high-speed trains across the country that “air travel stops becoming necessary” (don’t spend too much time parsing the grammar of that line). Right on cue, newly elected California Gov. Gavin Newsom (D) announced in his State of the State address this week that he was … canceling most of the high-speed rail project that has already taken over a decade and is now projected to cost taxpayers a staggering $77 billion because, well, it’s just not realistic.

“California has been forced to cancel the massive bullet train project after having spent and wasted many billions of dollars,” Trump tweeted Thursday morning. “They owe the Federal Government three and a half billion dollars. We want that money back now. Whole project is a ‘green’ disaster!”

Newsom set himself up to be called out by the president. In his State of the State Tuesday, the liberal governor specifically mentioned trying to figure out a way not to pay federal taxpayers back

Why not? It is California where wasting money is the state government’s favorite pastime.

Gavin Newsom responded to Trump’s tweet Wednesday by calling it “fake news,” and trolling the POTUS about the border wall.

This is CA’s money, allocated by Congress for this project. We’re not giving it back.

The train is leaving the station — better get on board!

Newsom told the press, “I am not interested in sending $3.5 billion in federal funding that was allocated to this project back to Donald Trump,” he said.

This disagreement is not about the money. During the same State of the State speech, Newsom vowed to fight trump at every turn, ‘California must go it alone” he said “because Trump’s portrait of America is ‘fundamentally at odds with California values.’

It’s hypocritical that the same liberals who are screaming about the President moving money around to protect U.S. sovereignty with a border barrier aren’t joining with the president to ask California to return the money.