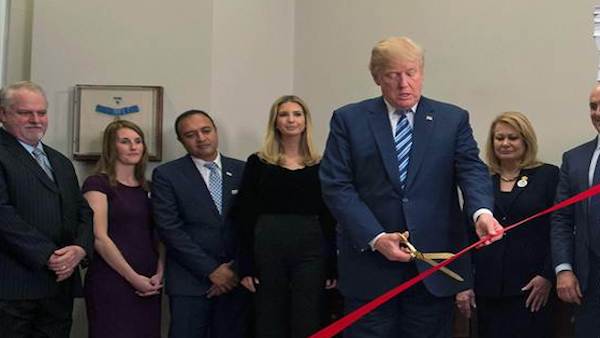 The Coronavirus scare is yet another example of the clash between these two policy approaches. And can you guess which of the two best served the national interest during this Coronavirus crisis?

The Trump administration has rolled back a Food And Drug Administration rule instituted by President Barack Obama that has stalled coronavirus testing at the state level.

The rule in question previously required state-run laboratories to only run medical tests pre-approved by the F.D.A.

Commissioner Stephen Hahn first addressed the testing problem on Saturday by issuing new guidance that would allow the state labs to conduct not-yet-approved coronavirus testing on patients in response to the public health emergency. In return for skirting the Obama-era regulation, laboratories must apply for an F.D.A. review of the new test, document the test’s accuracy and notify the F.D.A. of the test’s validity prior to F.D.A. completing the approval process.

…“The Obama administration made a decision on testing that turned out to be very detrimental to what we’re doing, and we undid that decision a few days ago so that the testing can take place at a much more accurate and rapid fashion,” Trump stated. “That was a decision we disagreed with. I don’t think we would have made it, but for some reason it was made. But we’ve undone that decision.” — Daily Caller

Remember how the Left freaked out when a photo of Pence and the crowd praying for divine guidance and wisdom as they took up this task, claiming they were ‘anti-science’?

Isn’t it interesting that the solutions that are breaking the research bottleneck involved taking direct aim at the Left’s pseudo-religion by diminishing the role of the Almighty Bureaucratic State?

Isn’t it weird how such ‘ignorant science-hating rube’ can discover solutions that Obama and his secular leftists were blind to?

It’s almost as though they have a far greater commitment to evidence-based solutions.

But how is that even possible? The media has assured us that the right rejects evidence.

And he Media would NEVER lie to us, right?