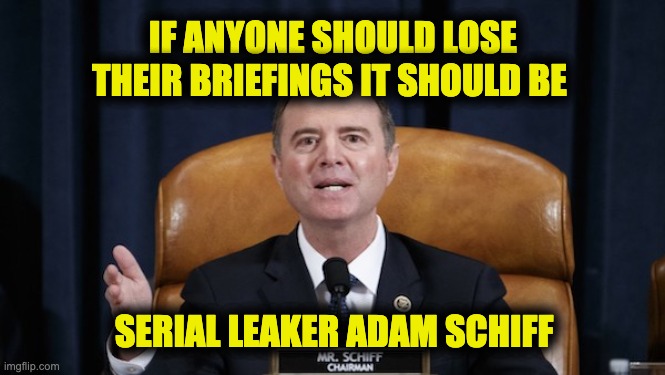 President Biden is currently reviewing whether or not to revoke former President Donald Trump’s access to classified briefings.

Modern-day presidents in the United States typically continue to receive classified intelligence briefings even after leaving the White House.

Biden press secretary Jen Psaki on Monday indicated the matter was currently being looked into.

“This is a good question,” Psaki told reporters. “It’s something that’s obviously under review.”

Critics of the former president have indicated Trump can not be trusted with some of the perks that are often granted to those who once served the American people.

Press Sec. Jen Psaki says the White House has yet to decide whether to revoke President Trump’s access to post-presidency intelligence briefings: pic.twitter.com/yK4nMUUyTj

As the Daily Mail notes, former Presidents are also granted a substantial office stipend, as well as Secret Service protection costing up to $1 million per year.

“There’s no circumstance in which this president should get another intelligence briefing, not now, not in the future,” Schiff told CBS News. “I don’t think he can be trusted with it now, and in the future, he certainly can’t be trusted.”

Of course, Schiff has repeatedly been accused of being the main disseminator of false information and leaking it to the media regarding the Russia collusion and Ukraine hoaxes.

Transcripts of the House Intelligence Committee’s Russia probe show Obama officials testifying time and again that they had no evidence of collusion with the campaign of President Trump in 2016.

Even with that knowledge, Schiff repeatedly stated through friendly media outlets that there was “direct evidence” of collusion, selectively leaking bits and pieces of the investigation.

If anybody should have access to classified briefings stripped permanently, it’s serial leaker Adam Schiff.

It wasn’t all that long ago that administration officials and some Republicans were dismayed over then-President-elect Biden not receiving classified briefings even while the election was being disputed.

Senator James Lankford, a Republican from Oklahoma, vowed at the time to “step in” if Biden wasn’t granted access to intelligence briefings.

It was all for show, as the briefings were carried out without much of a hitch once the General Services Administration (GSA) made official election results.

The media were flummoxed in 2018 when Trump reportedly had to be talked out of blocking former President Barack Obama’s access to intelligence briefings by former National Security Adviser H.R. McMaster.

Trump denied the report at the time, saying it was “never discussed or thought of.”

Cross-Posted with The Mental Recession.