Agonizing Over Charlottesville: It’s Not All Black And White 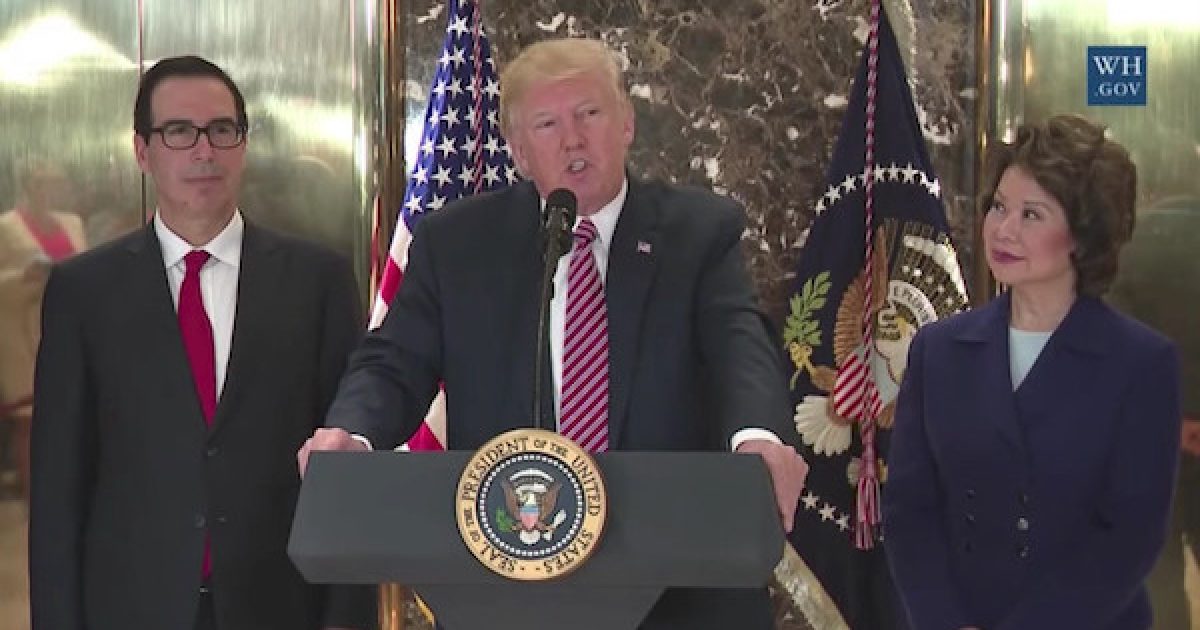 Usually, an opinion and perspective regarding a particular issue crystallize in my conciseness very quickly.  However when it came to President Trump’s reaction to the march and violence in Charlottesville last weekend, coming to an opinion literally made me sick to my stomach.Trump’s comment’s regarding Charlotteville weren’t all wrong as his critics have implied nor were they all good as his supporters have said.  Much of what the President said wrong was very horrible, some of it was good. He never said some of the quotes he is being criticized and much of the reaction of the press and his liberal critics is both mendacious and very ugly.

The president addressed Charlottesville three times. But it was really the third time, during a press conference where he outlined an impressive red-tape cutting proposal when the wheels fell off the presidential wagon.

His first statement made last Saturday was pretty good,

The president was criticized for not specifically mentioning the white supremacists or the neo-Nazis. So Monday he made an even better statement mentioning those two hate groups. The press spent much of the next 24 hours trashing that statement also. That was a trap. So when the media started barking questions about Charlottesville during an economic-oriented press opportunity on Tuesday, an angry President Trump walked right into their trap. He went off the rails with this comment:

As a Jew who has relatives with numbers tattooed on their arms, and an activist who reminds people never to forget what happened during the Holocaust and that there’s nothing comparable in scale to the Shoah, there is no more disgusting people alive today than those who call themselves Nazi and/or marches around with a Nazi flag.  While there may be good people who believe the Robert E. Lee statue should stay up they weren’t there last Saturday. NO ONE, not one person who decided to march alongside people who were carrying the swastika and Hitler’s Nazi flag could EVER be considered “good.”

America expects more from its president, and sadly just like his predecessor when President Trump should have risen up to be a leader—he failed.

As a political pundit, Trump’s comment was just plain stupid. He had just finished making a great six-minute speech about how he would speed up the approval process for infrastructure. That was supposed to be followed by the president turning the floor over to members of his economic team for questions.  But instead using that moment to advance his of agenda, Trump’s words set it back. By now Trump must realize that even if he said everything perfect the media and liberals would trash him. But he didn’t say everything perfectly, he screwed up and allowed his anger to get the best of him.

Some of the criticism directed towards the President for his Tuesday news conference is either wrong or invents quotes he didn’t make.

For example using the same quote as above, while saying there was good on both sides was horrifically incorrect and insensitive, the part about bad on both sides was very correct. As ill as it makes any of us feel the first amendment to the U.S. Constitution gives the neo-Nazis every tight to march in Charlottesville, Skokie, or anywhere else in the country.  They got a permit to march and was doing so legally. I urge anyone with a computer to go to YouTube and look up ANTIFA Charlottesville and they will find out as I did, that they were the ones who initiated the violence (and they didn’t have a permit). Understand that it doesn’t in any way excuse the automotive rampage by one of the neo-Nazis later in the day,  but it is the truth.  Both ANTIFA which advocates the murder of anyone conservative and Black Lives Matter which is not only anti-Semitic but has caused the death of policemen are long-time violent hate groups.  But the crowd protesting the neo-Nazis was much broader than those two hate groups.

Forgotten in the reports about Tuesday was that once again the president singled out the white supremacists and neo-Nazis for criticism.  When the president incorrectly said there was good on both sides he also said, “And you had people — and I’m not talking about the neo-Nazis and the white nationalists — because they should be condemned totally.” It doesn’t change what he said but it is a window into what he was thinking. And it doesn’t seem as if he was agreeing with the neo-Nazis as the MSM claims.

The president was also criticized for what he said about the tearing down statues issue. “So, this week it’s Robert E. Lee.  I noticed that Stonewall Jackson is coming down.  I wonder, is it George Washington next week?  And is it Thomas Jefferson the week after?  You know, you really do have to ask yourself, where does it stop?”

That statement was true, during the week there were calls for Washington to be taken off the dollar bill and everything to do with Jefferson to be taken down or public support withdrawn. Even Al Sharpton who at last report still owes the IRS $1.5 million dollars told Charlie Rose, “When you look at the fact that public monuments are supported by public funds, you are asking me to subsidize the insult of my family.” Perhaps he should pay all his taxes before he feels insulted.

All of Trump’s valid points are outweighed by the lack of leadership displayed by his horrible claim that there were good people on both sides, but the story being told isn’t true. And even though he didn’t mean to, his comment that there was “good” on both sides gave support to the degenerate neo-Nazis and those who marched with them.

However, claims that President Trump is a racist or an anti-Semite are unjustified and just as ignorant as what President Trump said on Tuesday.  The man has never shown himself to be either.  Adding mendacious on top of ignorant are those who claim that Jews in his administration should resign for his comments.

Whether they are in the press, academics or even clergy, these Antisemitism Johnny-come-latelies are making their suggestions for political purposes only.  These critics never cared about anti-Semitism from the White House before last Tuesday.  They didn’t tell Jews to resign from the Obama administration when the Presbyterians sold land in Jerusalem to the Jews and Obama said Jews couldn’t live there. Nor did they tell the Jews to resign William Daroff Senior Vice President for Public Policy & Director of the Washington office of The Jewish Federations of North America tweeted during a conference call with Obama about the Iran deal, claimed that the president was claiming “Jews are leading effort to kill #Irandeal. ‘Same people opposing the deal led us into Iraq war,’” and followed with “Canard: Jews got us into Iraq War. Not one of them told Jews to resign when Barack Obama said he supported Occupy Wall street whose posters were covered with swastikas. No resignations even though Obama surrounded himself with anti-Semites such as Chas Freemen and Al Sharpton, and used Zbigniew Brzezinski

None of the mendacity of the press, politicians, Jewish organizations, or even clergy, excuses the idiocy of the President’s horrible comments. However, they do suggest that when one looks at the entire picture of what is being purveyed, false righteous indignation is being substituted for the existing hatred of this president.

As for President Trump, it’s important to see what he does from here. Will he admit his mistake? Will he change his tune?

In about a month Jews across the world will be observing the High Holidays. During that time, we evaluate what we have done good or bad during the course of the last year. We apologize to the people we have wronged,  and begin the process of atoning for our sins.

However, the Jewish concept of “sin” is much different from the English one.  The word used on Rosh Hashanah and Yom Kippur is “chet”. It is an archery term referring to an arrow that “missed the target.” The person who missed the mark is considered to have made the mistake due to a lack of focus, concentration or skill.

Chet or “missed the target,” is an excellent way of describing the statements President Trump made about Charlottesville. And just as Jews will be spending much of the next month apologizing to those who we’ve wronged and taking steps to redirect our ways to hitting the target, allow me to suggest that rather than immediately condemning this president and deciding by one set of comments that we know what’s in his heart, perhaps we should wait and see if he redirects himself toward the correct path.

After all, if demand that kind of room for ourselves to atone, why should we deny President Trump the same?