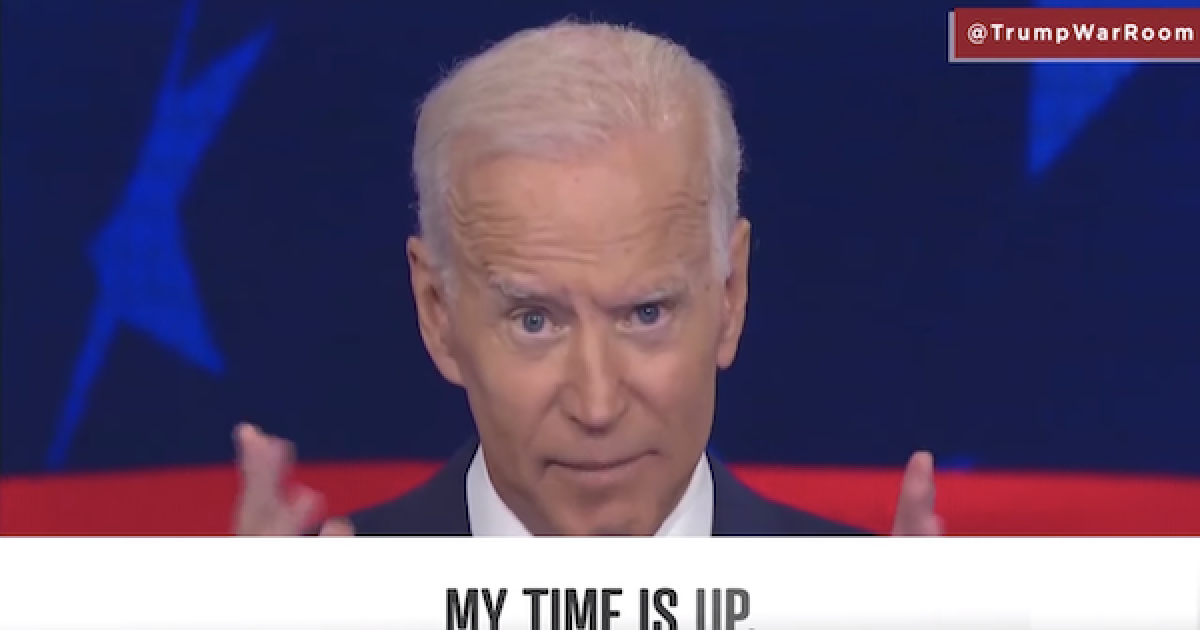 The Trump Campaign has issued a video that points to the questions about Joe Biden’s mental capacity and the sense that he is losing it.

Joe Biden has always been known as a gaffe-meister. But his performance during this campaign seems different. Not just gaffes. Even in the Democratic Party people are beginning to wonder if Joe Biden is too old to run for president. The real question about the former Vice President should be is he suffering from dementia? Some of Joe Biden’s recent statements seem to suggest the beginnings of a dementia-caused decline in memory and other thinking skills.

The Trump campaign video is embedded at the bottom of the post. Some of the quotes in the video include:

Democrat Kirsten Powers: “I think Biden looked unsteady at many points. … he looked kind of unsteady and almost deer in the headlights.” (September 12)

NBC’s Mike Memoli: “He’s not the most polished speaker anymore, I think, that, no one would deny.” (September 12)

CNN’s Jake Tapper: “A Senior Obama-Biden Administration official told me, quote, ‘Biden’s strength has never been his clarity of message or his delivery. But watching his long, winding answers that don’t really make sense in recent debates has also raised the question as to whether that has gotten worse and whether he is up for this.’ This is your frontrunner.” (September 15)

Democrat U.S. Senator Cory Booker: “There’s a lot of people who are concerned about Joe Biden’s ability to carry the ball all the way across the end line without fumbling. … There are definitely moments when you listen to Joe Biden and you just wonder.” (September 12)

CNN’s Ron Brownstein: “He’s not that good at this. He’s clearly not that strong a candidate thinking on his feet” (September 13)

The Wall Street Journal’s Sabrina Siddiqui: “I think there are some concerns. And they’ve been expressed by Democrats themselves, over whether Joe Biden is equipped to withstand a very grueling campaign.” (September 13)

Huffington Post’s Arthur Delaney: “Joe Biden was really shaky both because he was stumbling through his answers and also because the substance of those answers hasn’t really gotten better” (September 13)

Associated Press’ Jonathan Lemire: “I think we’re going to see growing questions … wondering if he has the mental and physical stamina to get through this campaign” (September 13)

CNN’s Ana Cabrera: “So tell me what you make of this New York Times piece that cites a source as saying Obama actively tried to discourage Biden from running this time and that Obama warned Biden’s aides to make sure Biden didn’t embarrass himself or damage his legacy by running for president.” (August 17)