The Trump Boat Parade – Four On Saturday, Showcased The “Not So Silent” Majority

Saturday Aug. 15 Saw Four Trump Boat Parades Up And Down The East Coast 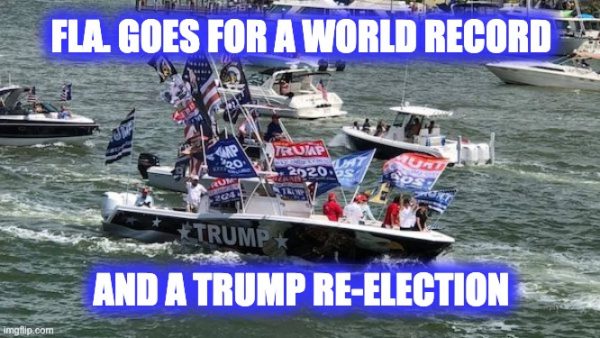 If you flew over Clearwater Florida on Saturday, August 15th, you should know that wasn’t a school of fish off in the distance, and it certainly wasn’t quiet…  Trump flags and American flags were flying, complete with air horns as the boats sailed past Clearwater Beach. It was a cacophony of patriots in support of the President in boat parades. The Clearwater Trump boat parade was going for a world record and was joined by smaller, but just as enthusiastic boat parades Saturday, in New Jersey, Delaware, and Alabama,

There have been numerous boat parades for Trump in the last year or so. Organizers of the Clearwater, Florida ones were hoping that at least 1,181 boats would take to the waves in Clearwater, Florida. That many would break the world record, which stood at 1,180 in Malaysia in 2014.

According to the organizer’s website, the parade of boats was to begin at 10:10am, following the National Anthem and a low altitude flyover of World War II Bi-Planes. The start point was Pier 60 on Clearwater Beach, Florida and stretched south through the Pinellas Intercoastal Waterway, concluding in Madeira Beach area.

A large boat parade at Longboat Key in Florida in June also brought out the parade participants. But The Guinness Book of World Records still has Malaysia down as the largest parade, so organizers of the Clearwater event attempted a new record.  The boats only had to be present at the Welch Causeway in order to be counted.

Big Boats, little boats, even a Pirate ship, yachts, all of them enthusiastically showed up and sailed to show their support for Trump.

Check out the view from plane…. thousands of trump boats pic.twitter.com/8zQs3oV9sL

With the President’s signature rallies shut down because of the coronavirus, supporters have taken to the lakes, rivers, and coastline to show their backing of the President. And the energy appears to be just as high for the boat parades as it is for in-person rallies.

“This is a not-so-silent majority, and this is what’s going to get the president re-elected. These are families on every single boat, and they are not scared to be out there supporting President Trump and his great agenda.” Pam Bondi, former AG for Florida , organizer

One of the organizers estimated 2,000 boats in the parade but,  as of this writing, an official count hasn’t been announced.

Florida wasn’t the only state with a Trump Boat parade Saturday.

Delaware had one at Massey’s Landing in Millsboro. 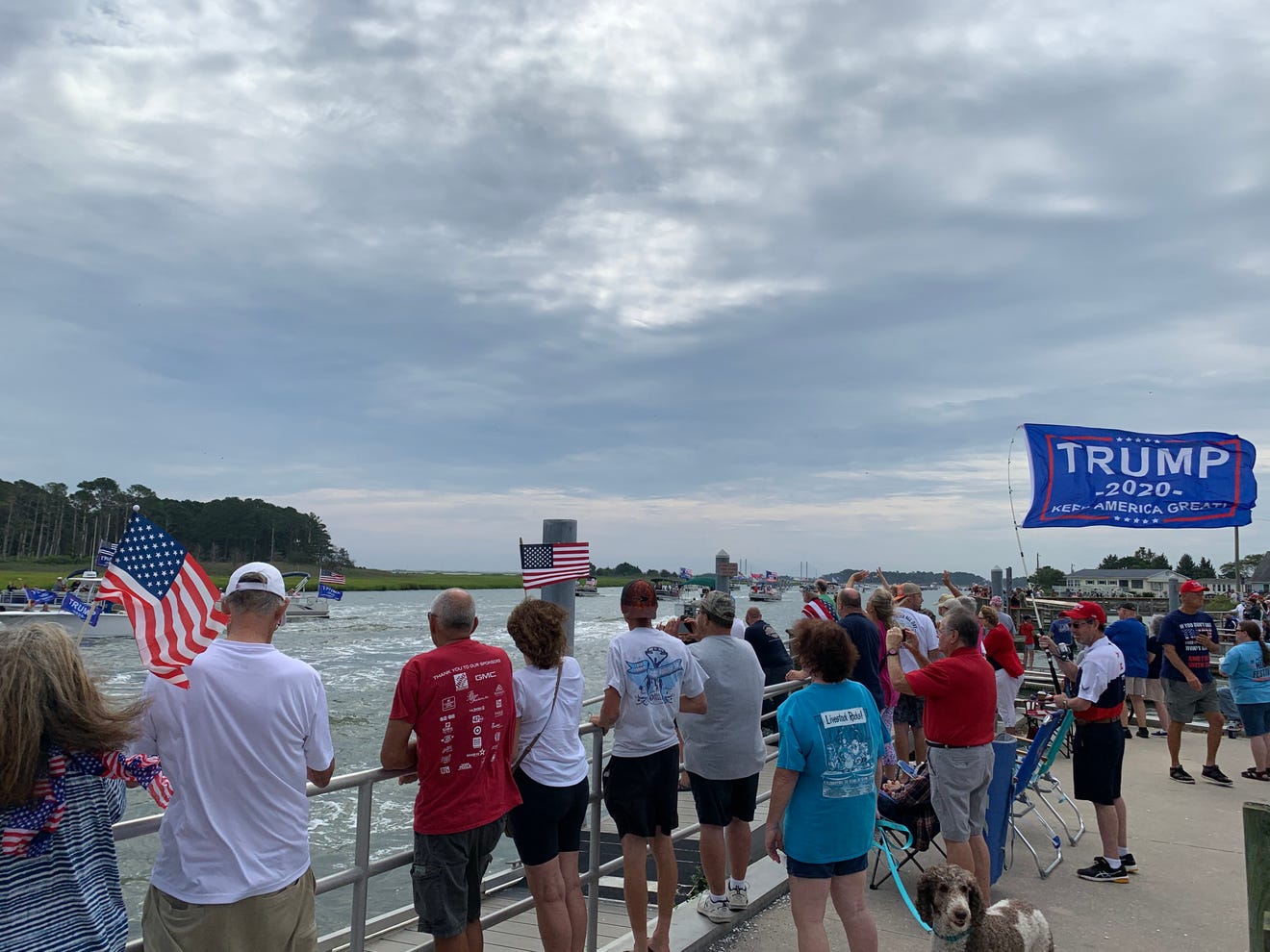 Gee, I am surprised sleepy Joe didn’t show up and demand the spectators put on masks.

New Jersey had a Trump boat parade in Lake Hopatcong: 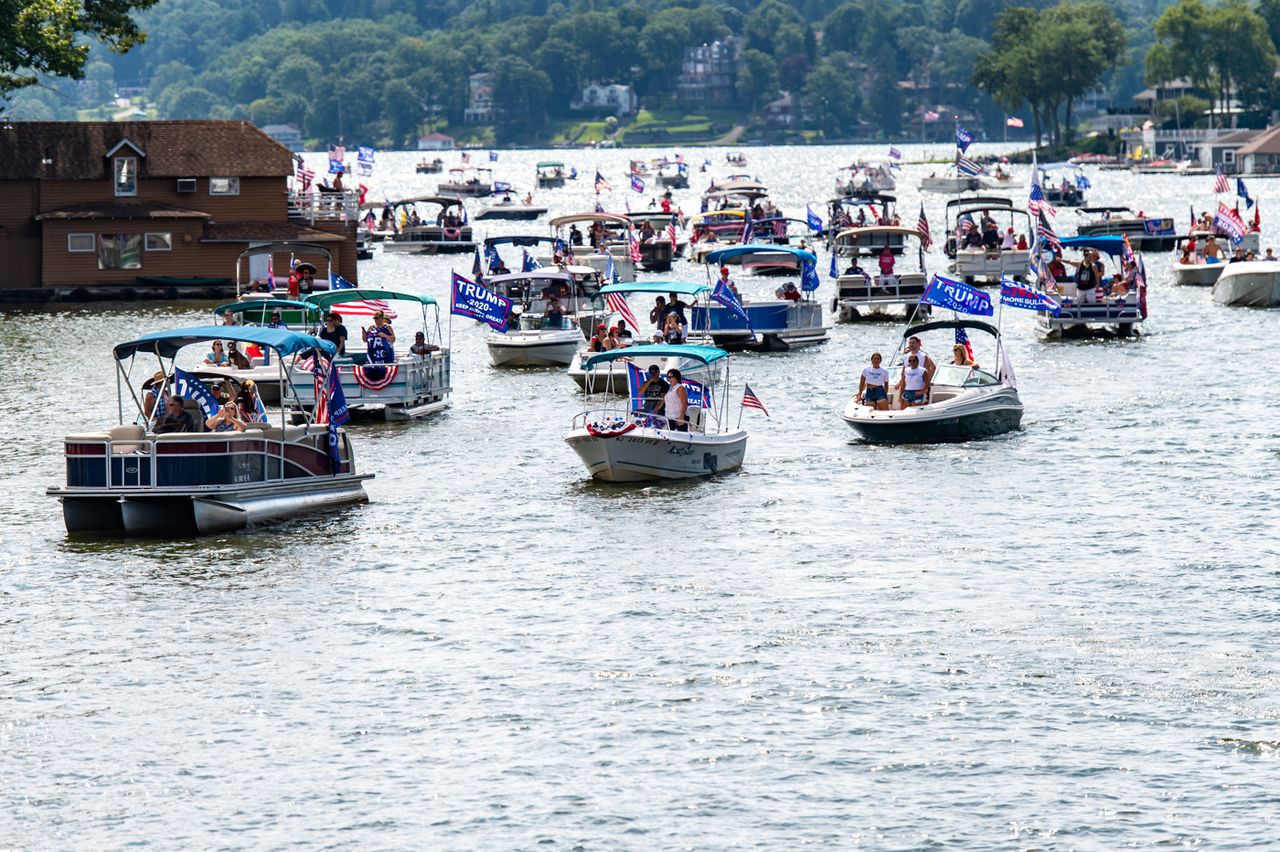 And even Baldwin County, Alabama. There was a boat parade at Orange Beach. Perhaps they should change its name to Orange man good beach. 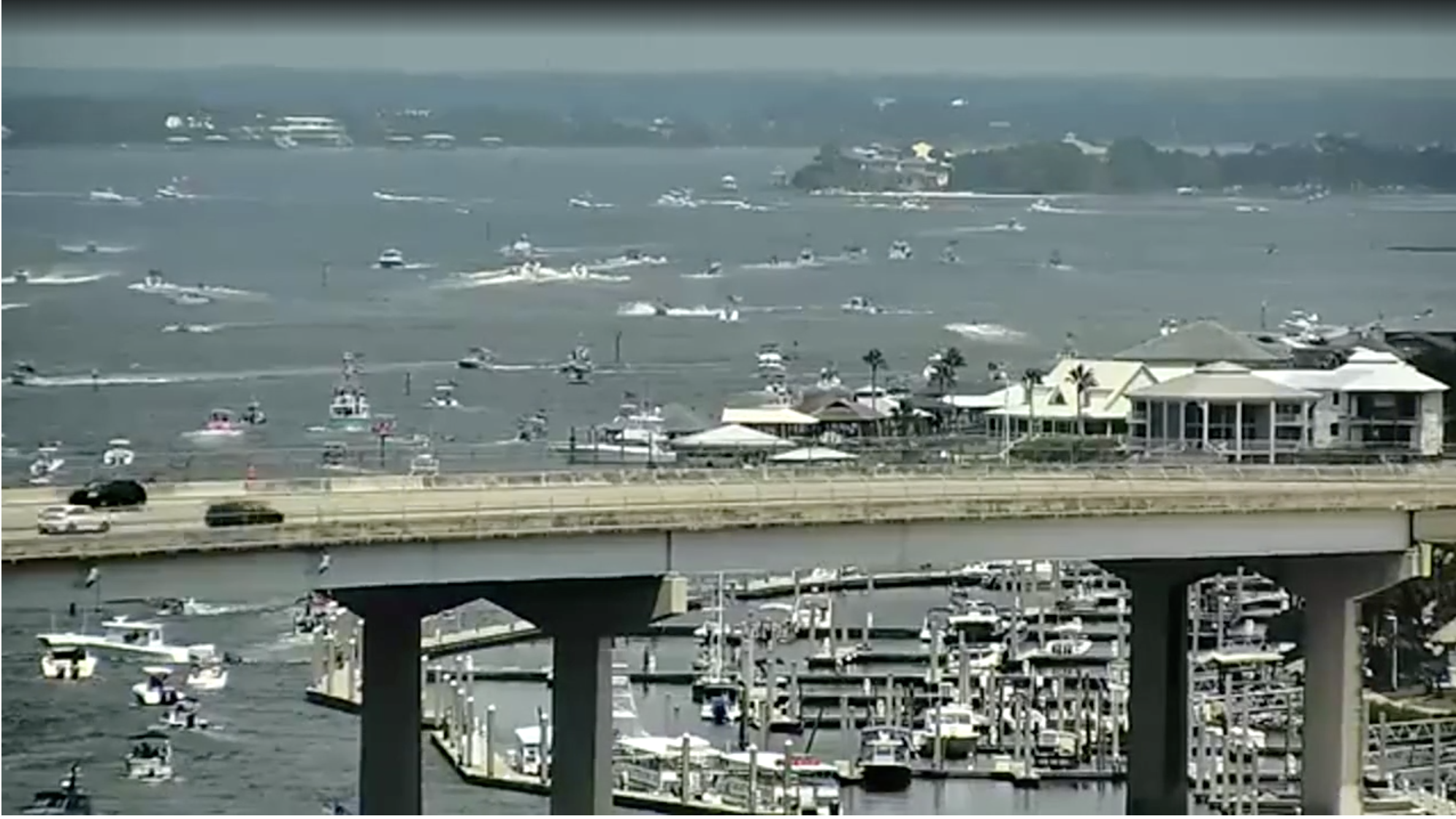 The three other Trump boat parades didn’t match the Florida one in size. But all four were over the top in terms of enthusiasm and support for the reelection of President Trump.