How Trump’s Achieved More, Against Greater Opposition Than Any Recent POTUS 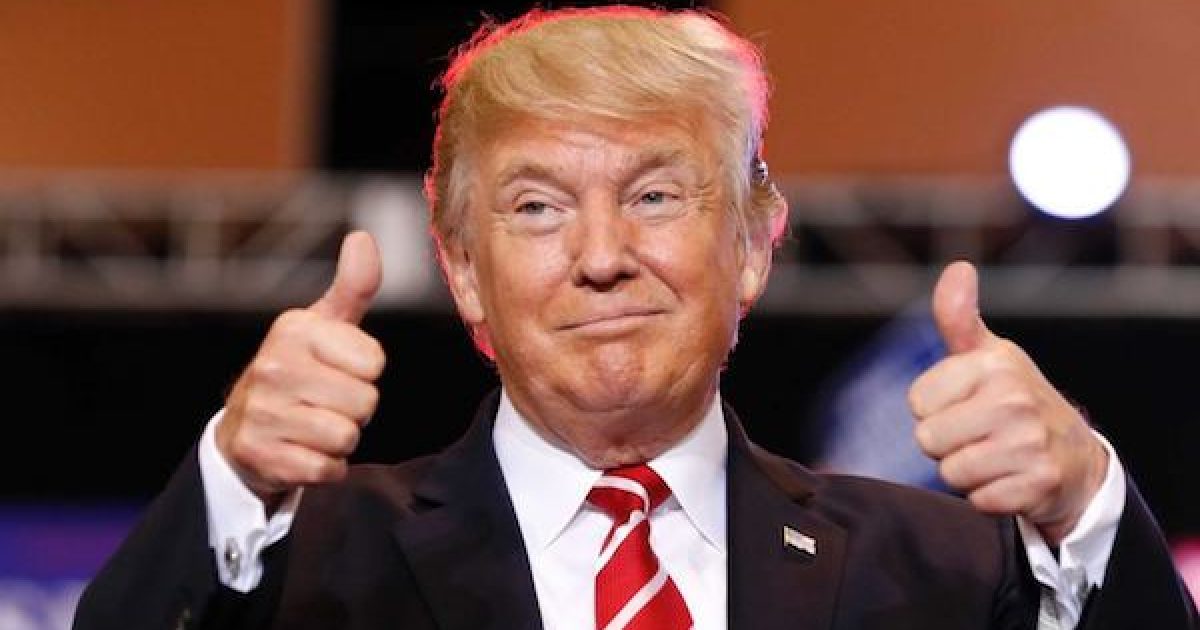 The New York Post’s Michael Walsh thinks that the media has the wrong definition of “chaos.” Throughout the first term of President Trump, the media has thrown the word “chaos” around as if it’s the perfect descriptor for what is taking place in the White House these days.

The only problem with this idea is that the word chaos implies that things are a “mess” and that nothing can be accomplished. In reality, the exact opposite is the case. President Trump has actually been able to achieve more of his agenda, in less time, than any President in recent history because of his “chaos.”

How? As Walsh explained in the NY Post last week:

The truth is, as much as they hate Trump’s policies, the president’s enemies hate the man even more. Donald Trump offends the establishment on a personal, visceral level. His opponents are the same folks who idolized Adlai Stevenson and thought Ike was just a dolt who somehow won World War II. Who worshipped John F. Kennedy (but were repelled by LBJ), hated Nixon, thought Reagan was an amiable dunce and erected shrines to Obama. They are the Ivy Leaguers, the credentialists, the Georgetown establishment for whom there is only one right way to conduct a presidency, and that is the Harvard-Democratic-groupthink way.

What Trump understands, however, is what many great leaders have understood: that “chaos,” not consensus, is the way ideas are tried and tested. That if someone or something isn’t working, scrap it and try something else. Results are what count, not consistency: Trump’s ability to morph from saber-rattling lunatic to charming glad-hander infuriates them because they see it as phony.

So what? That doesn’t mean it isn’t also effective. Just ask Emmanuel Macron of France, who couldn’t be less like Trump and yet has developed a curious personal rapport with the brash American boss, akin to that of a puppy around its master. Watch for France to start edging away from the Iran deal as well.

Further, a fleet of yes-men and sycophants isolates and insulates a chief executive from unforeseen consequences. JFK’s best and brightest drove the nation into the sloughs of Vietnam. Nixon’s henchmen concealed from him the political gravity of Watergate until it was too late. Obama was so cocksure of his own moral rectitude, he hardly bothered with constitutional niceties.

Finally, Trump’s very unpredictability doesn’t just frighten the Beltway bonzes and chin-pullers, it also terrifies his opponents. While North Korea’s Kim remains hard to read, he’s also no longer firing missiles over Japan. The Saudis, following the strong American horse, have made their antipathy for the Iranian regime clear and are threatening to acquire their own nukes should Tehran overtly resume its nuke development. Having survived domestic uprisings in 2009 and 2017 by the restive Iranian young people, the graybeard mullahs won’t be so lucky a third time.

On Sunday’s Fox and Friends Walsh went even further and argued that Trump has actually accomplished more, in less time, and with greater opposition, than any other President since Franklin Delano Roosevelt!

He makes a compelling case, and if he’s correct, it will mean that President Trump could go down as one of the most effective Presidents in the modern era.

Michael Walsh: There’s been too much criticism of this president I think for not conforming to the norms of what the media and the Democrats believe a presidency ought to be and what a president ought to do and my argument today in the New York Post is chaos is actually a good thing, it depends on how you define chaos, of course.

Ed Henry: So how do you define it here?

Michael Walsh: I define it with the president what he’s doing, if it’s not working, fix it, change it, fire this guy, change this person, get it until you get it right, and so that’s what he’s doing. I think it’s why he’s been so effective over the last 15, 16 months of this presidency…

Ed Henry: You say he’s the most effective president since FDR? How do you back that up? FDR accomplished a lot in the Great Depression.

Michael Walsh: Yes, that’s true. But in the famous hundred days when all this legislation got passed when things got done, what the president’s done I believe in the year-plus is get more done against greater opposition than anyone I’ve seen in my lifetime certainly, and all of this stuff… I think the president’s supporters have to understand that this is what you get with Donald Trump. As long as the president keeps his core values, as long as he keeps living up to what he campaigned on, his group, his audience, his voters will stay with him. And the media’s just going to have to get used to being tired, have to run around a little.

Walsh: Trump Shows That the Big Dog Gets Respect

Michael Walsh: Trump shows that the big dog gets respect and this is something the Democrats and media have a hard time understanding