Trey Gowdy: No Reauthorization Of Spying Programs Until We Get Answers On “Unmasking” 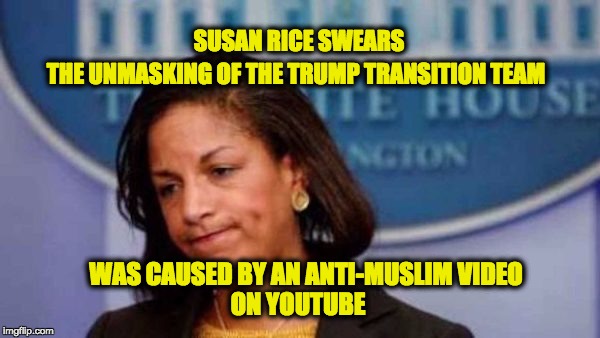 Senator Rand Paul (R-KY) and other civil libertarians have long been wary of the Patriot Act and the governments terrifying ability to monitor they every day activities of average Americans. Members of both the right and left wings of American politics tried to stop the reauthorization of the Patriot Act in 2015 and there may well be another reauthorization fight coming in the near future. While the White House would like a simple “clean” reauthorization, the latest revelations that the Obama administration spent some 5 years (from 2011 – 2016) breaking all of the rules that they themselves had established, will likely make the possibility of a “clean” reauthorization difficult.

However, it’s not just the recently discovered crimes of the Obama administration that is giving members of the political “middle” pause. No, it’s some of the Obama era crimes that we’ve been discussing for months that are worrying members of Congress like Trey Gowdy (R-SC). Particularly, Gowdy is concerned with the rampant abuse of the ability to “unmask” innocent Americans by the previous administration. In fact, Gowdy is so concerned about the “unmasking” scandal that he’s refusing to allow a reauthorization of the surveillance programs until they can get to the bottom of what really happened.

“We are not going to reauthorize these surveillance programs if the American people are not satisfied their security is going to be safeguarded. So the leaks are one issue but the unmasking within the intelligence community. It is a privilege to be able to request that a U.S. person’s name be unmasked. And I want to know who is making that request, what is the evidentiary basis of that request, and if it’s late in your tenure, like the day before you leave office, that should send off alarms and sirens as to why that person did it.”

The government’s ability to monitor the comings and goings of innocent Americans is truly troublesome and I, for one, am glad to see that there are new voices in Congress that are worried about the government’s ability to abuse these tools. The war on terror is ongoing, and our government agents need the tools to fight the war effectively… but those tools should not come at the expense of our God-given rights. The Obama administration spent years trampling our First, Second, and Fourth Amendment rights – we must make sure that future administrations are not allowed such leeway in stripping us of our freedoms.