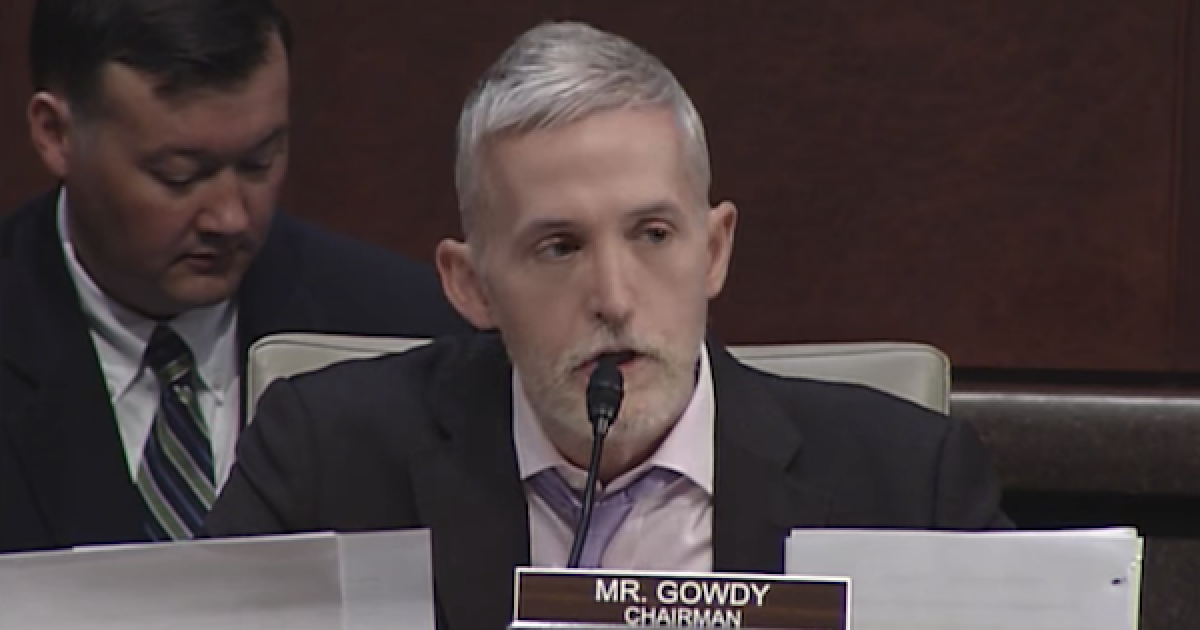 If I am ever in court as a witness, I hope the person doing the cross-examination is NOT Trey Gowdy. The guy’s questioning is brutal. During his questioning of Inspector General Horowitz, He not only poked some significant holes in the IG report’s conclusion that the outcome of the Clinton investigation had nothing to do with bias, but he began with an opening statement that eviscerated former FBI Director James Comey.

Rep. Elijah Cummings (D-MD) the ranking  Democrat on the House Oversight Committee, said the reason for the hearings is that Republicans seemed fixated on finding Clinton guilty of some wrongdoing. “All their howling about ‘lock her up’ was bogus, it was baseless, it was unsubstantiated,” he said. “Now we have another report saying so, but again and again, the Republicans refuse to accept this conclusion.”

Rep. Jerrold Nadler (D-NY), who during the Iran debate proved that he would place his children on guillotines for the party and a free ride on an airplane with Obama added that Republicans seemed “stuck at a perpetual Trump campaign rally, chanting ‘lock her up.’”

But with his questioning of IG Horowitz Gowdy showed that the investigation of Hillary’s emails was feeble, and built a convincing case that the FBI let Clinton off easy and their motivation for the soft touch was bias.

He closed his questioning with an incredibly powerful point:

My time is up I hope one of my other colleagues will explore that because the explanation I’ve heard is that the failure to prosecute was predicated upon their belief that there was not sufficient evidence of intent on her behalf and I don’t know where in the hell you would go to find better evidence of intent than interviewing the person who actually was doing the intending and when you make up your mind that you’re not going to charge someone and you make up your mind that you need to not go in “loaded for bear”  and then you read the 302 and there’s not a single damn question on intent it is really hard for those of us who used to do this for a living to not conclude they’d made up their mind on intent before they even bothered to talk to the best repository of intent evidence which would be her.

Gowdy’s full questioning is below and is well worth your time to watch,

Below that is another must watch video, Gowdy’s opening statement which eviscerated former FBI head, James Comey.  Referring to IG findings that Comey was insubordinate in his handling of the Clinton email case, Gowdy accused the ex-director of essentially operating by his own rules.“…he appointed himself FBI director, attorney general, special counsel, lead investigator and the general arbiter of what is good and right in the world according to him.”

Sadly Trey Gowdy is leaving Congress after this session.  It would be great if President trump finds a way to add him to the Administration. America needs Trey Gowdy.