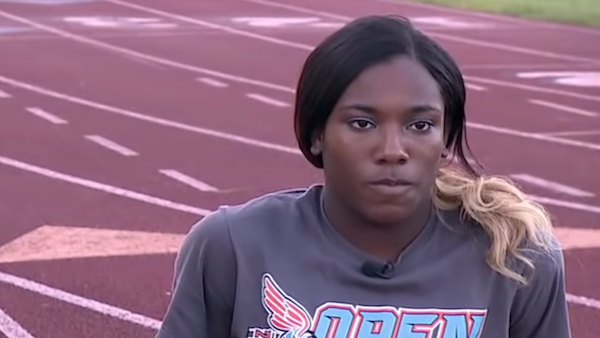 Georgia, Washington, Tennessee, Ohio, Missouri, Alabama, and Idaho are among the states that have introduced legislation to ban transgender athletes from competing against someone of a different biological sex.

“Forcing girls to be spectators in their own sports is completely at odds with Title IX, a federal law designed to create equal opportunities for women in education and athletics. Connecticut’s policy violates that law and reverses nearly 50 years of advances for women.”  Christiana Holcomb, attorney

Families of three female athletes filed a federal lawsuit to stop transgenders from high school athletics in Connecticut. No bill has been filed as yet in that state.

The lawsuit centers on two transgender sprinters, Terry Miller and Andraya Yearwood, who have frequently outperformed their cisgender competitors.

The two seniors have combined to win 15 girls state indoor or outdoor championship races since 2017, according to the lawsuit.

The three plaintiffs have competed directly against them, almost always losing to Miller and usually behind Yearwood. Mitchell finished third in the 2019 state championship in the girls 55-meter indoor track competition behind Miller and Yearwood.

The legislation in numerous states does not ban transgenders from competing in athletics, they just have to compete in their own biological categories on their birth certificates. There could be a problem when states allow a birth certificate to show gender “x” or something instead of male or female.

In Idaho’s law, HB 500, has passed the House and is now in the Senate, according to KTVB. But even in the decidedly red state Idaho, there is opposition to the bill. Idaho rules say that any transgender athletes must be on hormone replacement for a year before competing in the opposite category.  Opponents of HB 500 say it’s not ‘fair’ to block them from competing on the teams they “identify” with.

One girl who is ‘transitioning’ to male said that “just because you make me compete with girls, doesn’t make me a girl.”

Just because you ‘think’ you’re someone else, doesn’t make you that person. Unfortunately, in our society today, many children are being brainwashed and confused about their birth genders. Make no mistake, it’s an agenda to destroy the cohesiveness of society, and bring about a total breakdown. If people continuously live in their thought life rather than have the ability to discern truth, emotions are what run them rather than rational thought. We’ve been seeing it for almost 3 decades.

The Alabama “Gender is Real Act” also has opposition from  LGBTQ organizations. GSLEN  accuses the bills of discrimination against transgender athletes. Ultimately, these bills will end up at the Supreme Court. Will the female athletes win, or will the transgenders win? It’s anyone’s guess at this point.

The fact remains: it is unfair to young girls to have to compete against male transgenders who are stronger than they are.

It is worth noting that the much-touted “ERA or Equal Rights Amendment” would not only reverse Title IX but codify transgender athletes’ ability to compete in all sports regardless of sex. It has many other disadvantages as well. Fortunately, that Constitutional amendment proposed in 1972, remains unratified.