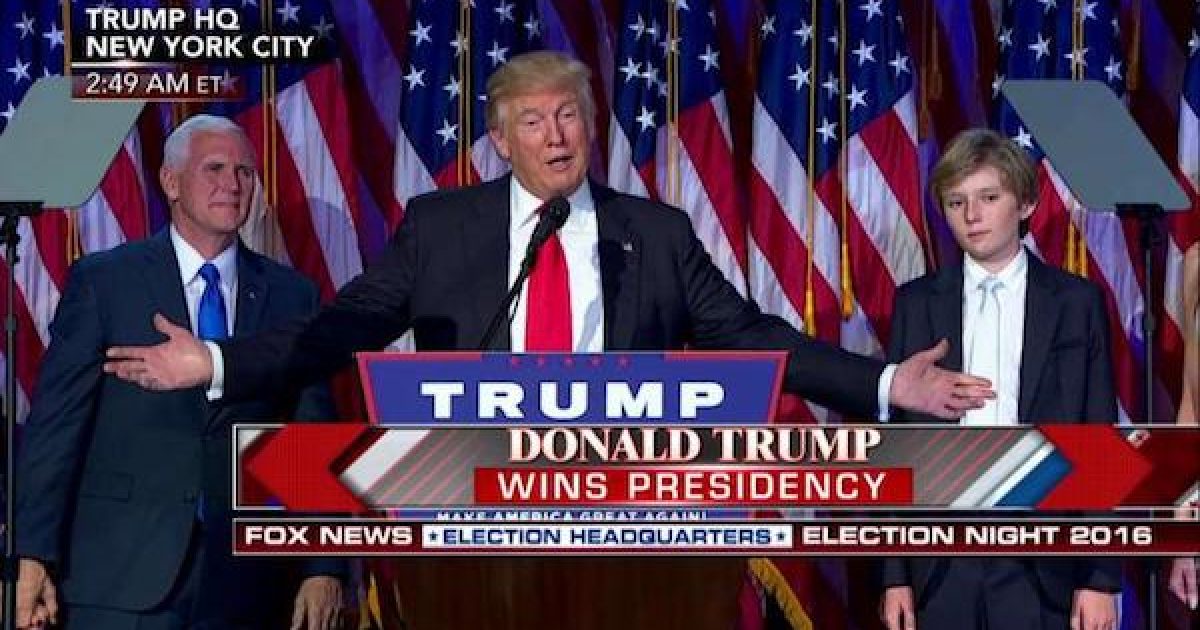 It was just six days before the presidential election, November 2nd, 2016, almost as a closing argument I listed the top ten reasons why I was going to vote for Donald Trump. Sure there were other reasons but these were my favorites.  Now, that it’s been a year since I deposited my ballot in the ballot-reading computer (and checked to make sure it registered correctly). I thought it would be interesting to go back to the list and evaluate the president’s performance based on the ten reasons I supported him. Rather than give him an actual A-B-C-D-F grade, his performance is based on whether he got it done, therefore he gets a PASS or FAIL

1) Supreme Court:  At least one and possibly up to three or four Supreme Court justices will be replaced during the next four years. Trump has provided a list of judges that he will select from. All of them are judges who will use the Constitution as their guide rather than trying to legislate from the bench. Verdict PASS (Neil Gorsuch)

2) Obamacare: It’s an easy choice. Trump wants to eliminate Obamacare and substitute free market solutions. Verdict FAIL–yes it was Congress, no you can’t blame Mitch McConnell for John McCain. But if the president lobbied directly to the American people the way Reagan and Obama did….who knows it may have passed.

3) Borders:  Controlling who comes in and out of the United States is not just an immigration issue it’s a national security issue. Verdict: Pass  We don’t have the wall yet (but we have prototypes being tested), even so, just because people know Trump is cracking down people are staying home. While total FY stats will not be available until sometime in December, Feb., March, and April apprehension numbers were at record lows. Apprehensions of people trying to sneak into the United States is seen as an indicator of the total flow of undocumented immigrants. The fact that the numbers are way down is an indication potential illegals realize that there’s a new sheriff in town.

4) Improving the American Gene Pool: Not mentioned often but the election of Donald Trump will guarantee the “gene pool” of American citizens will improve. Verdict: N/A  Can’t blame Trump if the people below, or any of the others who promised to leave the country if he was elected, broke their own vows

5) Restoring America as leader of the free world: The Obama/Clinton lead from behind philosophy has encouraged nations such as Iran, South Korea, and Russia to take advantage of America. Under Trump, the U.S. will no longer be a laughing stock to our enemies, and our friends will start to trust us again. Verdict: Pass The liberals hate this but President Trump’s peace through strength philosophy is having the desired effect. Saudi Arabia who wouldn’t even greet Obama at the airport when he visited is once again a strong ally. ISIS is almost defeated militarily, and ever since the Cruise missile attack, Syria is frightened. We are starting to put our foot down with Iran and North Korea, and our displays of strength have convinced China we mean it which puts America in a much better negotiation position.

6) Israel: Speaking of our friends, during the past eight years we’ve had the most anti-Israel (and anti-Semitic president)  since modern Israel was created in 1948. On the other hand, Donald Trump is a supporter of the Jewish State.  As outlined by his advisers, to the Jerusalem Post:  They started by saying Trump would move the U.S. Embassy to Jerusalem. To be honest that is the only part I don’t really believe, even Obama said he would do that.  Verdict: Pass. As opposed to Barack Obama and his hatred of Jews and the Jewish State. President Trump is a “yuge” supporter of Isreal. As opposed to Barack Obama who unleashed venom at Israeli Premiere Bibi Netanyahu, Trump’s relationship has been described as a bromance.

7) Taxes: Another one of those black and white decisions. Trump will lower taxes for everyone including the middle class. Trump will also lower the corporate taxes, ours are the highest in the developed world. Lowering the corporate taxes will keep the industry in the U.S. and lure more companies here–leading to job growth. Verdict: Incomplete. This one may end up being a fail. The bills in Congress today significantly decrease the corporate taxes to 20% (although the Senate version delays it for a year). The verdict is out as to whether or not either version of the bill lowers the taxes for all the middle class. With the elimination of state tax deductibility, middle-class families in states such as New York, California, and Illinois may end up paying more in total taxes than they did before. We won’t know for sure until the bill passes both houses and is reconciled via the conference committee.

8) Mainstream Media: If Donald Trump wins the election, there will be absolute horror in the mainstream media. Either their heads will explode or they will be reduced to babbling (even more than they babble now). Now THAT’S entertainment. Verdict: Pass (but not necessarily a good thing). While a Trump Presidency has driven the MSM crazy since the day after the election, they have single-handedly driven the perception of the president’s job performance way down with fake new, taking things out of context, etc. If President Trump found a cure for cancer, the MSM would complain that he ‘s causing over-population.

9) Terrorism: There is a scene in Rambo 3, where the leading character gets his orders and responds, “Sir, are we allowed to win this time?” The United States has the best fighting force in the entire world, it is not even close. The main reason we haven’t crushed ISIS is that Obama restrictive rules of engagement on our heroes overseas. You don’t beat Terrorists who welcome martyrdom as a way to heaven by being nice. Verdict: Pass From day one Trump’s attitude has been “give me a plan that will win the somonabitch!”  “I want to crush ISIS and crush them quickly.” And that’s what seems to be happening.

10) Regulation: Along with high taxes one of the things retarding the growth of our economy is overregulation.  Regulations have become so restrictive that at times businesses can’t even figure them out. Not only has Trump promised to eliminate regulation on his first day in office, but he will direct his departments that for every regulation they add, they have to eliminate two.  Verdict: Pass Trump has created a less restrictive business environment by canceling regulations, that’s why after only nine months GDP is growing at a rate of 3%/year. A rate that liberals predicted would never happen even after the business tax was cut.

That was my top ten reasons. So far he has passed seven out of nine (the tenth was people leaving the country not his concern. Only Obamacare was a fail and we still have a month to see what will happen with taxes.  Not bad for a year after the election–not bad for nine months in office.