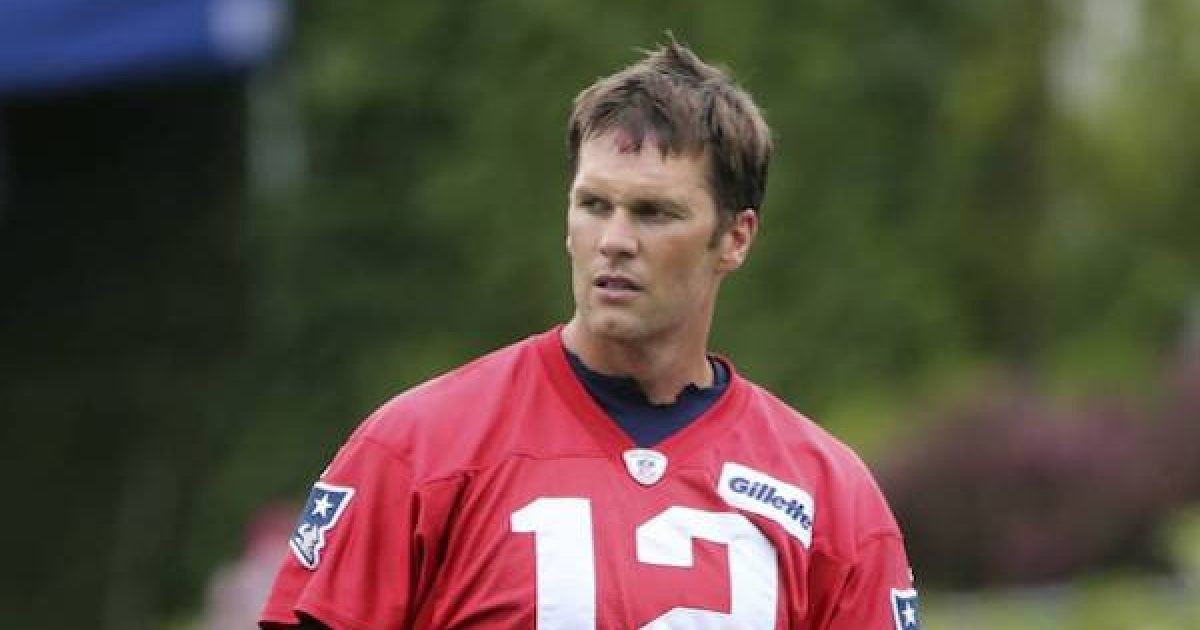 An English professor at the University of Rhode Island professor says the popularity to Tom Brady is tied to the rise in White Supremacy and white rage in reaction to the election of Barack Obama.

To be honest, outside of New England Patriot fans, the rage of all races of football fans is directed toward Tom Brady, an NFL quarterback who is rich, won six super bowls, three MVPs, and married a hot supermodel–what is there to like about the guy.  And as a NY Jets fan, I rage at the fact that he has killed us over and over during his storied career (yes I know so has every other QB but with all those Superbowls it hurts more).

But that doesn’t matter to URI English professor Kyle Kusz who wrote a chapter in the book “The Palgrave Handbook of Masculinity and Sport” called ““Making American White Men Great Again: Tom Brady, Donald Trump, and the Allure of White Male Omnipotence in Post-Obama America.”

As reported in Campus Reform

The professor’s work analyzes Brady in two ways: his representation in the media and his “relationship with Trump,” seeking to determine what these factors can “tell us about the specific ways that white masculinity is being re-coded and re-centered in post-Obama American culture.”

Kusz zeroes in on “the complex racial, gender, and class meanings that have been articulated with Brady’s body and his performances of white masculinity in the context of a backlash against the Obama presidency” and of “Trumpism,” which he claims is also rooted in both race and gender.

In addition to Brady’s representation as the epitome of “omnipotent, white masculinity” in his various media appearances, advertisements, and movie cameos, Kusz also focuses on Brady’s public image as it relates to what he calls “American myths of meritocracy and individualism,” which he says are “commonly used in sporting adverts.”

Among other media appearances, he specifically cites Brady’s appearance in a 2015 Under Armour commercial, which he claims “would not seem out of place in Leni Reifenstahl’s infamous Nazi propaganda film, ‘Triumph des willens,’” because of its military references and red and black colors.

Really a commercial too? One of the Patriots colors is red, and Under Armour isn’t allowed to use an NFL uniform in its commercials, so what colors did Professor Kusz want them to use? And the moves Brady was making during the ads weren’t military they were standard football drills.

If Under Armour was trying to appeal to white supremacists, why do their celebrity endorsers include with the NBA’s Steph Curry, MLB’s Ryan Howard, NFL QB Cam Newton, Former WBA Featherweight Champion Gervonta “Tank” Davis, and NFL receiver Julio Jones among many other people of color.

Kusz told Campus Reform that it was this commercial that drove him to investigate Brady’s whiteness further.

“I decided to research Trump and Brady’s public performances of their white masculinities and how they connect with broader debates about race and gender politics after a student in one of my classes brought the UnderArmour commercial to my attention and it piqued my interest,” the professor said.

Kusz also took issue in the chapter with a Beautyrest mattress commercial in which the camera angle is pointed upward at Brady so that the “viewer is compelled to see him as superior,” as well as Brady’s partnership with “upscale companies” like UGG and Aston Martin.

“In each of these sites, Brady is figured as an unconflicted and unapologetic embodiment of upper-class white exceptionality and manly omnipotence.”

So what the professor is saying is that only white people can use upscale products like Aston Martin cars and UGG boots. Did he tell Dwyane Wade before he did those commercials for Humbolt Watches? Or Tiger Woods before he promoted American Express? Or even Ana Ivanovic who promoted Rolex (there are plenty more examples).

I wonder if Kyle Kusz broke the news to his African-American students, and told them what they couldn’t purchase.

Mr. Lavallee is correct about the First Amendment and free expression, where he misses the point is there is no constitutional right for people who spew idiocy to teach our kids. Kyle Kusz should not be allowed to fill the minds of college students or kids at any level with his imbecilic drivel.