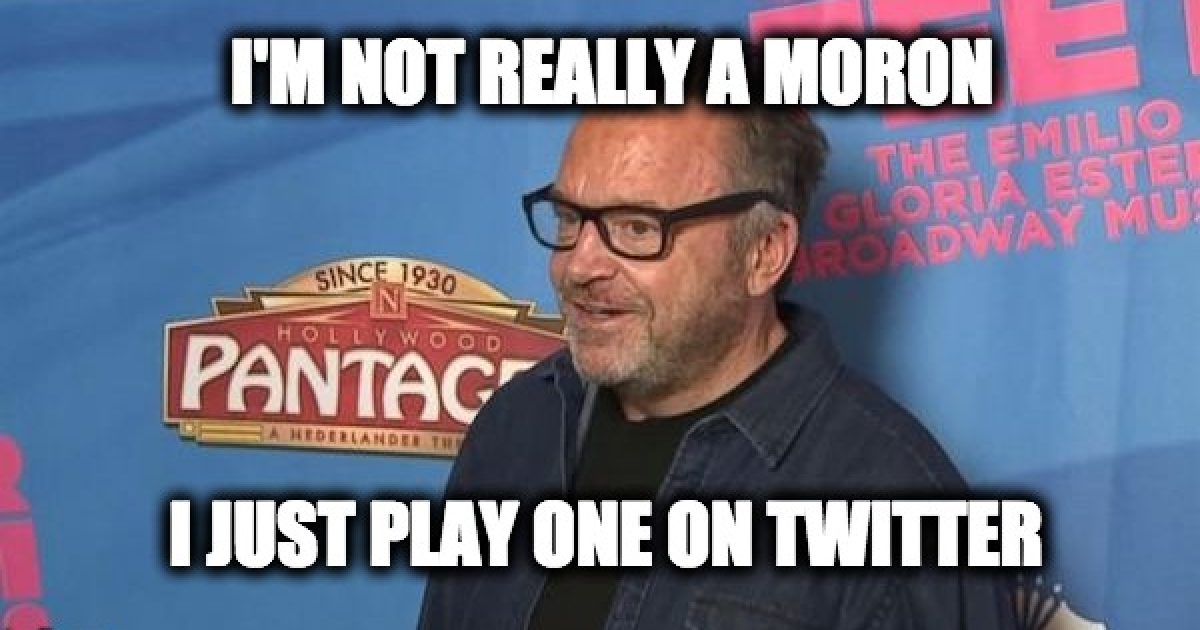 Over the weekend, Trump-hating actor Tom Arnold challenged President Trump to a fight and then compounded that with a thinly-veiled threat suggesting the president should be beheaded.

“I say put up or shut up @realDonaldTrump Me vs. You. For America. First body slam wins. Any Rally. Any Time. Between now & the midterms,” he tweeted.

I say put up or shut up @realDonaldTrump Me vs You. For America. First body slam wins. Any Rally. Any Time. Between now & the midterms. #FridayFeeling https://t.co/ITthF7dFWc

After one person suggested that alleged comedian Kathy Griffin officiate the matchup, Arnold then went over the top.

Next time Kathy won’t be holding his fake head!

The statement was made about a photo in which Griffin held a facsimile of Trump’s bloody, severed head.

Naturally, Arnold’s statement didn’t sit too well with many:

Tom didn’t you threaten to move if Trump got elected? Why you still here? #tcot

We’re not sure there really is any help for those who suffer from Trump Derangement Syndrome.

Hi @jack, do threats of physical violence violate your terms of service?

Show the world your site isn’t bias and that you really mean it to be a platform and not a publisher. Thanks! https://t.co/8kGdKVJKjN

Good luck with that.  Leftists, as we’ve noted here several times, are allowed to issue death threats on the platform while conservatives are routinely banned for doing practically nothing.

Then there’s this take:

Maybe in the next life? You’ll actually possess even a small amount of TALENT? ‘CAUSE you got ripped off in this one. ????????

Some were worried about Arnold’s health:

Might be time to adjust the Meds Tom? pic.twitter.com/IK1vo4yR7r

Tom needs to put the bottle down

You really need to see a psychiatrist. Even Gary Busey is more mentally stable.

In a way, we should feel sorry for Tom Arnold. He had a promising career until it fell into the sewer.  And now this lack of talent tomato has to do stupid things on twitter to get noticed.  But Tom we’re not laughing with you, we’re destroying you.