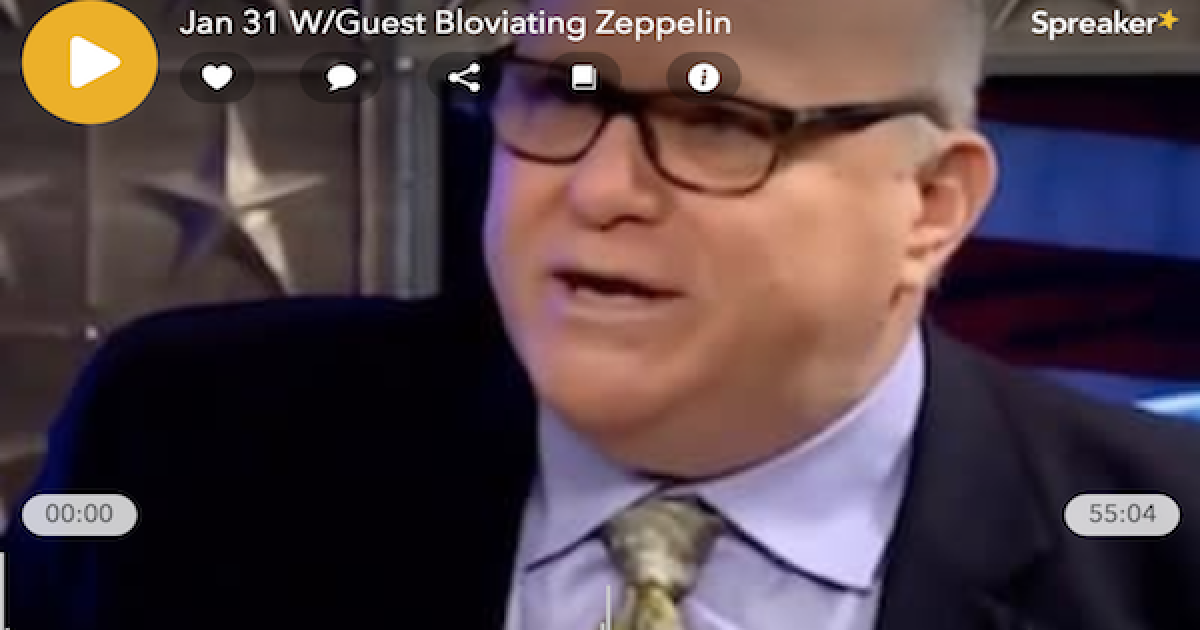 This week’s Lid Radio Show guest is BZ, the Editor/Publisher of the great website Bloviating Zeppelin, Along with his blogging, BZ is also the host of the show on SHR Radio:  BZ’s Berserk Bobcat Saloon, which can be heard on the SHRMedia and High Plains Talk Radio networks every Tuesday and Thursday Night @11pm Eastern.

Along with usual leftist insanity,  Zep and I have plenty to discuss including last night’s SOTU and the adventures of Rep. Joseph Kennedy who is now known as drool-boy, the Nunes FISA memo and anything else that comes up before the show.

Along with the Lid Radio show live every Wednesday and the podcast. I can be followed  @yidwithlid on twitter, on my sites  Lidblog.com, the brand spanking new LidsVids.com, on Facebook, and in the Jewish Star newspaper.