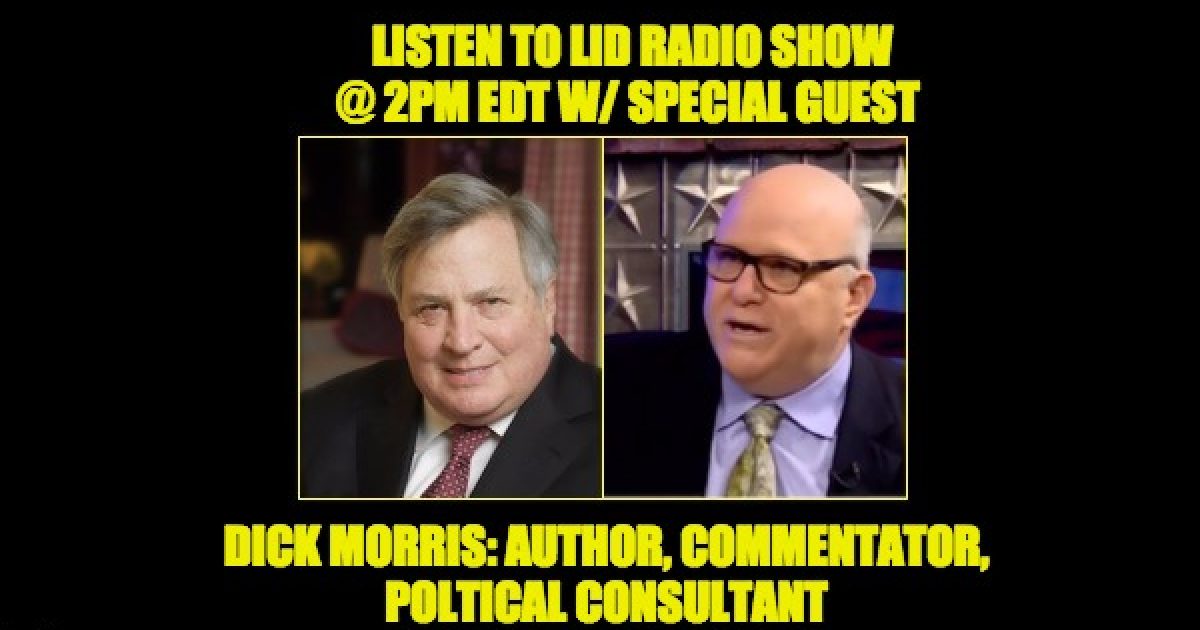 Today’s Lid Radio Show guest is Dick Morris; author of 18 books including his brand new tome  ROGUE SPOOKS: The Intelligence War on Donald Trump. Morris is a famous political pundit and as the person who served as Bill 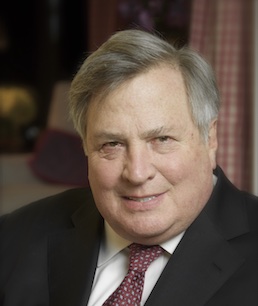 Clinton’s chief political consultant for two decades, Dick Morris is someone who knows better than most why America made the correct decision picking Donald Trump over Hillary Clinton in the 2016 Election.

Today, Dick and I will be discussing his latest book ROGUE SPOOKS: The Intelligence War on Donald Trump, a book I strongly recommend, if you have any doubts whether or not the “deep state” is real, Rogue Spook convince you. A clandestine war is being waged against the Trump administration by rogue elements of the intelligence community, with the collusion of the media and the liberal establishment. It amounts to an intelligence coup against the Trump presidency. In ROGUE SPOOKS: The Intelligence War on Donald Trump,  best-selling author Dick Morris uncovers the facts behind allegations of foreign meddling in the 2016 presidential election. 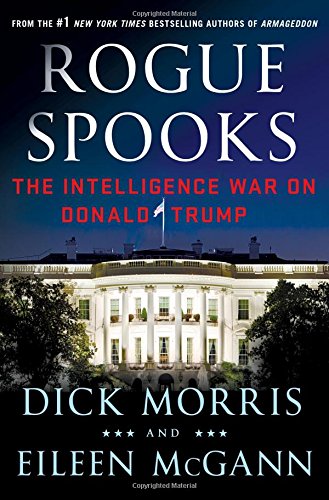 If you think you’ve already heard the entire foreign collusion story…you are wrong.ROGUE SPOOKS reads like a  spy novel with two exceptions; it’s not fiction, and it has foot notes. In the book, you will learn the how the Russia collusion story started and grew, the importance of the fake dossier to the story and how it was partially funded by the rogue elements in the intelligence community. You will also learn that there was foreign meddling/collusion in the recent election, but the meddling wasn’t done by Russia and the colluding candidate wasn’t Donald Trump.

Rogue Spooks is a story only Dick Morris and his co-author/wife of forty years Eileen McGann can tell. As one observer wrote on Morris’ Facebook page:

Those who do not remember the past are condemned to repeat it.

After reading this incredible page-turner, I can’t wait to talk to Dick Morris at 2 pm EDT today. So so join in on the news and the fun— tune into the Lid Radio Show at 2 pm EDT  by clicking on these SHR Media or High Plains Talk Radio links (or by using the player and chat room embedded below).

And once you hear Dick discuss the book on the show, you will be as excited about ROGUE SPOOKS: The Intelligence War on Donald Trump as I am, so make sure to go to Amazon or your favorite book seller to purchase read this incredible page-turner.