Title 42 Upheld by Court on March 4. Biden Admin. Scrapped It on March 12 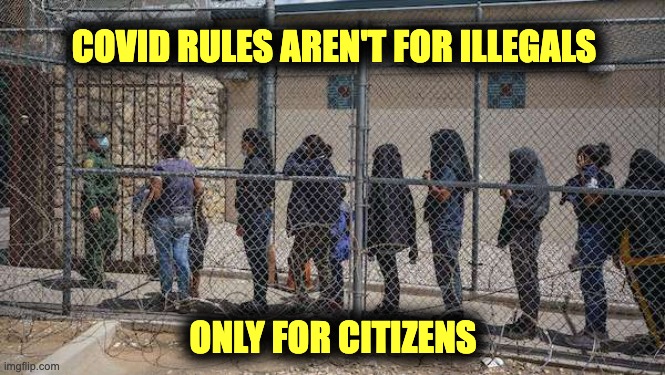 Title 42 is a public health code that the Trump administration used to prevent unaccompanied minors and adult illegals from coming into the United States during a pandemic. It did not allow illegals to stay due to the danger of Covid transmission to the populace of the US. On March 4, an Appeals Court upheld the action. On March 12, the Biden administration, Dr. Walensky of the CDC, removed it entirely.

Per the March 4th Court Ruling:

It is likely that Title 42 grants the Executive sweeping authority to prohibit aliens from entering the United States during a public-health emergency; that the Executive may expel aliens who violate such a prohibition; and that under…the Convention Against Torture, the Executive cannot expel aliens to countries where their ‘life or freedom would be threatened…

The children spend, on average, more than a day clustered at a DHS facility, where they can expose other detainees, DHS personnel, and American citizens and residents to whatever viruses they are carrying.

Instead of abiding by the court ruling, the Biden administration- via CDC Director Walensky- simply scrapped the entire thing for unaccompanied minors. The decision to scrap it came about the time the ruling would have been implemented. Weirdly, the Biden administration is keeping the rule around for single adults. Children are no longer buggy, but the adults are. Strange how that works. The ACLU wants them to scrap it for adults and families as well.

Also, if ‘current public health conditions and recent developments’ warrant lifting Title 42 for UACs, then *all* COVID restrictions need to be lifted. You can’t pretend that illegal-alien teenagers are magically different.

The CDC has two sets of rules one for illegals the other for American citizens.