Tiananmen Square: The Anniversary The CCP Wants The World To Forget (Or Else!) 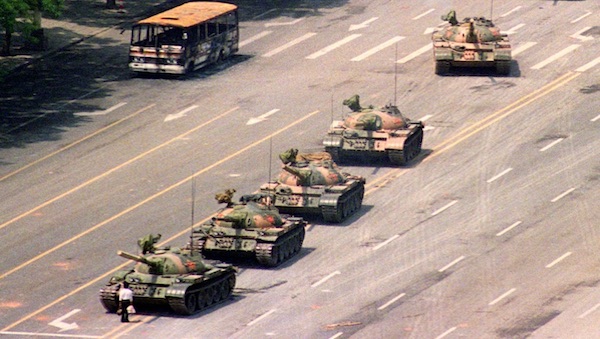 Should we respect China as just another modern state in the competitive mix with all the others? Or should we view their regime more like a dangerous coiled snake waiting for its chance to strike? If you listen to Hollywood, the NBA, and even Joe Biden, you might be lulled to sleep by the lullaby that China is just another advanced nation taking its place at the table among friendly rival nations… that we shouldn’t take their threats to nuke America too seriously. Nor should we worry too much about the COVID cover-up, or the various inroads they have been making at corrupting Universities, stealing IP, acquiring dual-use technologies, ramping up their military potential, or harassing their neighbors. Tiananmen Square

And we definitely, definitely, shouldn’t pay any attention to the close financial ties Joe Biden’s family has to the CCP… asking who the Big Guy is who gets 10% is strictly off-limits.

But some of us have memories longer than a goldfish. And June 4th happens to mark an important day in history — one worth remembering every year.

A famous photo from that event is etched in the minds of most anyone who was alive to remember when it was news.

Today in #History 32 years ago in 1989. The government of #China sends troops to force protesters out of Tiananmen Square after seven weeks of occupation. pic.twitter.com/70kVa2zEQi

Here’s an image of that day you probably have NOT seen before.

The full Tiananmen Square tank man picture is much more powerful than the cropped one. pic.twitter.com/A7x3ApzRil

The Chinese army crackdown on the 1989 Tiananmen Square protests killed at least 10,000 people, according to newly released UK documents.

The figure was given in a secret diplomatic cable from then British ambassador to China, Sir Alan Donald.

The original source was a friend of a member of China’s State Council, the envoy says.

Previous estimates of the deaths in the pro-democracy protests ranged from several hundred to more than 1,000.

China’s statement at the end of June 1989 said that 200 civilians and several dozen security personnel had died in Beijing following the suppression of “counter-revolutionary riots” on 4 June 1989. — BBC, 2017

Anyone attending the Tiananmen Square massacre vigil this year in Hong Kong may face up to 5 years in prison.

Criminalising such a peaceful, solemn expression of dissent is further proof that freedom of speech and assembly is no longer allowed in Hong Kong. pic.twitter.com/vABAnsFASk

Hong Kong authorities have banned the June 4 candlelight commemoration of the Tiananmen Square crackdown for the second year in a row. Critics see it as part of China's effort to silence pro-democracy voices in Hong Kong. pic.twitter.com/2Hl8WXQNHZ

Or open a museum to remember…

Hong Kong’s June 4 Museum has closed temporarily over questions about its license. The space opened a decade ago. It is dedicated to commemorating victims of China's 1989 military crackdown on pro-democracy protesters in Tiananmen Square. pic.twitter.com/LmeT2nI4tp

Remembering who they were back then — and their unwillingness of their Communist leaders to face who they are — makes it easier to see their same corrupt regime for what it really is: Totalitarian.

The uncanny resemblance of the ‘Goddess of Democracy’ statue erected that fateful day to a certain Lady holding a torch aloft in New York is no coincidence.

The care China’s Communist Party exercises in hiding its past sheds light on much of what they continue to do today.

China’s extortion of people around the world who undermine official party doctrine. (Remember the NBA last year, or John Cena a week or two ago?)

Their talk of leveraging Western dependence on Chinese supply lines (including life-saving pharmacological supply chains) against us during the Pandemic.

Prison Camps for the Uyghurs.

Their aggressive military build-up. And most recently…CCP State-Run Media Propaganda: China Must Prepare For Nuclear War With U.S.