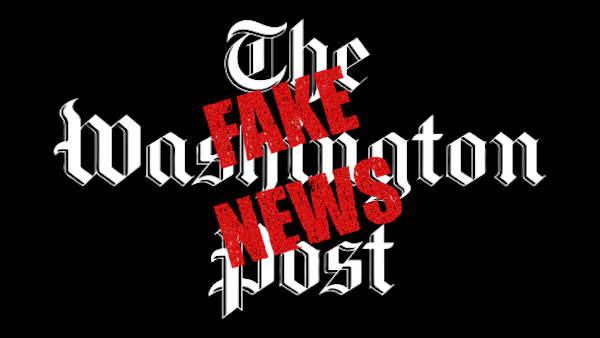 UPDATE: General McMaster gave a press conference on Tuesday morning most of which covered the WAPO allegations. A video of that presser is embedded at the end of this post:

Late Monday afternoon, using unidentified sources, the Washington Post reported that during last Wednesday’s meeting with Russian officials, President Trump revealed highly classified intelligence information about the fight against Islamic State that jeopardized the foreign source who provided it. WAPO claimed the foreign intelligence partner had not given the United States permission to share the material with Russian officials and the president  jeopardized cooperation from an ally familiar with the inner workings of ISIS.

Well then it’s very good that the WAPO story was false.

On Monday evening National security adviser H.R. McMaster gave a very short statement to the press gathered outside the the White House(see video below).

“The president and the foreign minister reviewed a range of common threats to our two countries, including threats to civil aviation. At no time, at no time, were intelligence sources or methods discussed, and the president did not disclose any military operations that were not already publicly known.”

He continued that the statements of people in the room should outweigh those of the anonymous sources who spoke to the Washington Post . He finished with. “I was in the room. It didn’t happen,”

Secretary of State Rex Tillerson released a statment saying the President had discussed counterterrorism efforts with his Russian guests, but hadn’t discussed sources or methods.

“During President Trump’s meeting with Foreign Minister Lavrov a broad range of subjects were discussed among which were common efforts and threats regarding counter-terrorism. During that exchange the nature of specific threats were discussed, but they did not discuss sources, methods or military operations.”

Dina Powell, deputy national security adviser for strategy who also sat in on the meeting, called the Post’s story “false” and said: “The president only discussed the common threats that both countries faced.”

” threatened to resign after the narrative emerging from the White House on Tuesday evening cast him as a prime mover of the decision to fire Comey and that the president acted only on his recommendation, said the person close to the White House, who spoke on the condition of anonymity because of the sensitivity of the matter.”

Perhaps they should have checked with Rosenstein because the next day he told a TV reporter that he didn’t threaten to quit nor does he have any intention to quit—oops.

The real issue here is that the liberal mainstream media such as the Washington Post publish everything they hear about President Trump, as long as it’s bad.  As they did today with the Trump gave classified info to the Russians story, and last week with the Rosenstein threatened to quit tale, they forgot one little element of their stories—confirm that it is the truth.