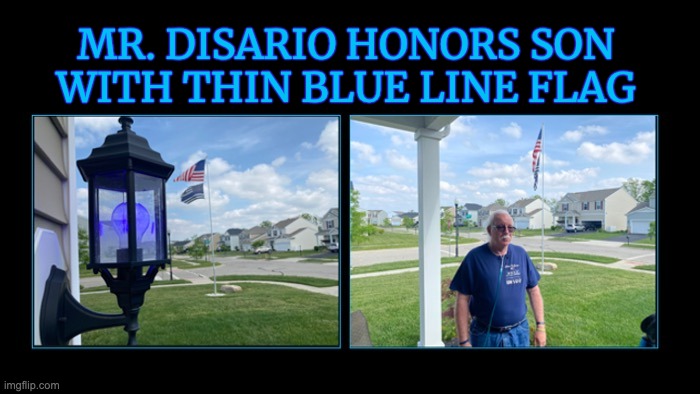 Civil disobedience can come in different forms. When a Cumberland Crossing HOA  (Homeowners Association) demanded that resident Thomas DiSario take down the thin blue line flag on his flag pole, the neighborhood began hanging their own. The flag was placed beneath the American flag on his pole for five years, and no one has said anything until now.

Thomas DiSario’s son was the Chief of Police in Kirkersville, OH. On May 12, 2017, Chief Steven Eric DiSario responded to the call of a man with a gun. He arrived to find ex-con, Thomas Hartless, had taken two hostages at gunpoint. During the encounter, Hartless shot and killed DiSario, and the hostages were able to escape. The suspect went inside a nearby nursing home, Pine Kirk Care Center, and killed an ex-girlfriend and a nurse before turning the gun on himself. Responding officers found their newly appointed Chief down on the pavement when they arrived.

Thomas DiSario, a disabled veteran who needs oxygen after being exposed to sarin gas during Operation Desert Storm, found a person on his property taking down the Thin Blue Line flag and the American flag that flies above it.

DiSario eventually called the Licking County Sheriff’s Office. The deputy who responded said neighbors also saw the man and helped to describe him, but the deputy was unable to locate him.

The Monday immediately following that incident, Mr. DiSario received a letter from the Omni Community Association, demanding he take down the thin blue line flag or be fined and legal action initiated. 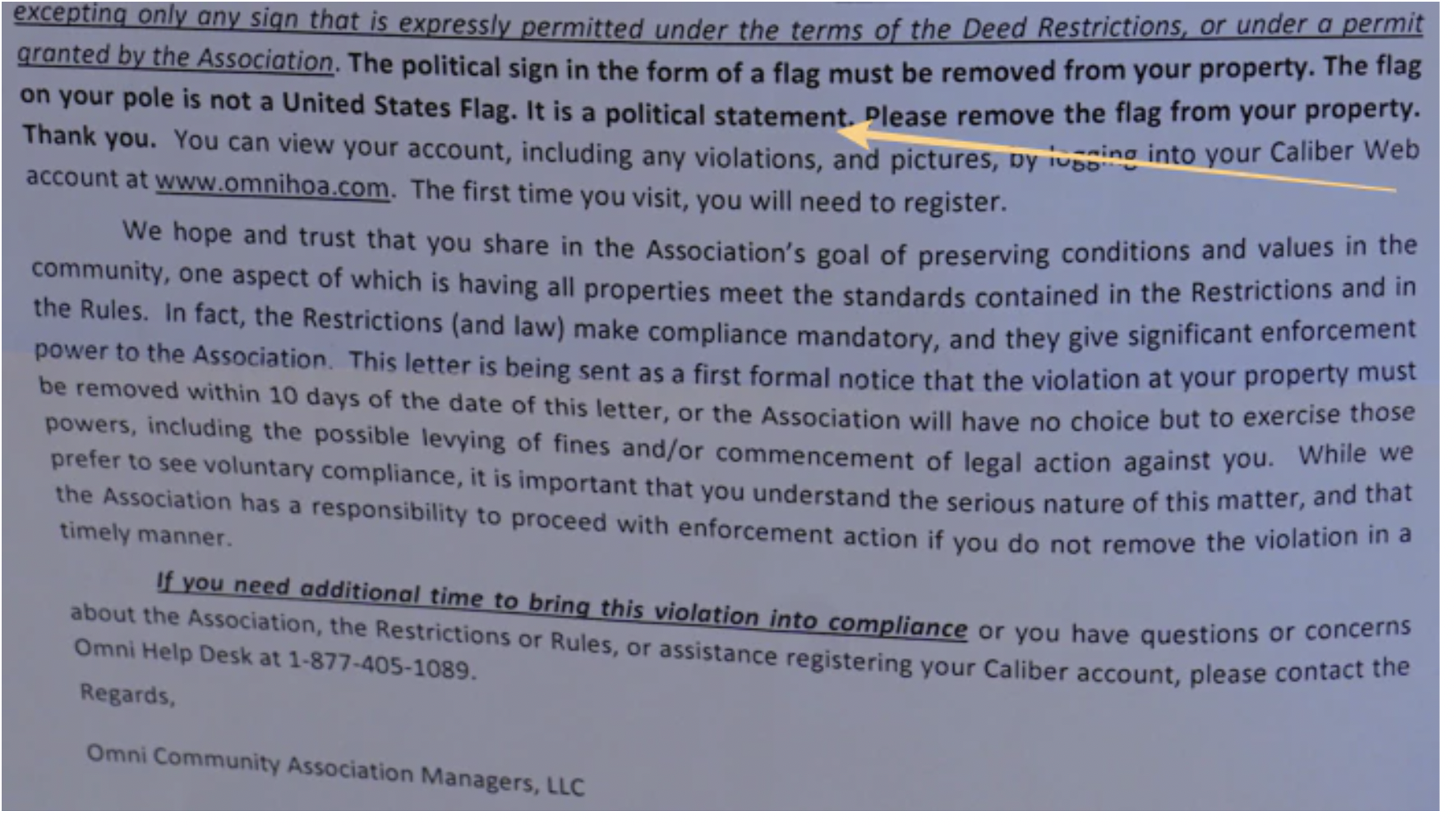 “I spent 23 years in the military, and there’s no way shape, or form that flag is being flown disrespectful at all. It has a 4×6 American flag above it, and the police flag is a 3×5 below it. It is no bigger than the top flag. It represents my son and nothing else. So I don’t know why everybody is now harassing me that I have to take it down.”

When a Fox5 reporter spoke to the President of the Omni HOA, he stated that the flag had to come down. Why? Because they got a complaint and they have “rules.” Where did the complaint come from? He didn’t say, just reiterated that the community has “rules.” Mr. DiSario only took down the flag once over the winter when the pole got bent and put it back up when he replaced it. Otherwise, it has flown at that exact location since the death of Chief Steven DiSario. The HOA stated they were not affiliated with the suspect who wiped his face with the flag. 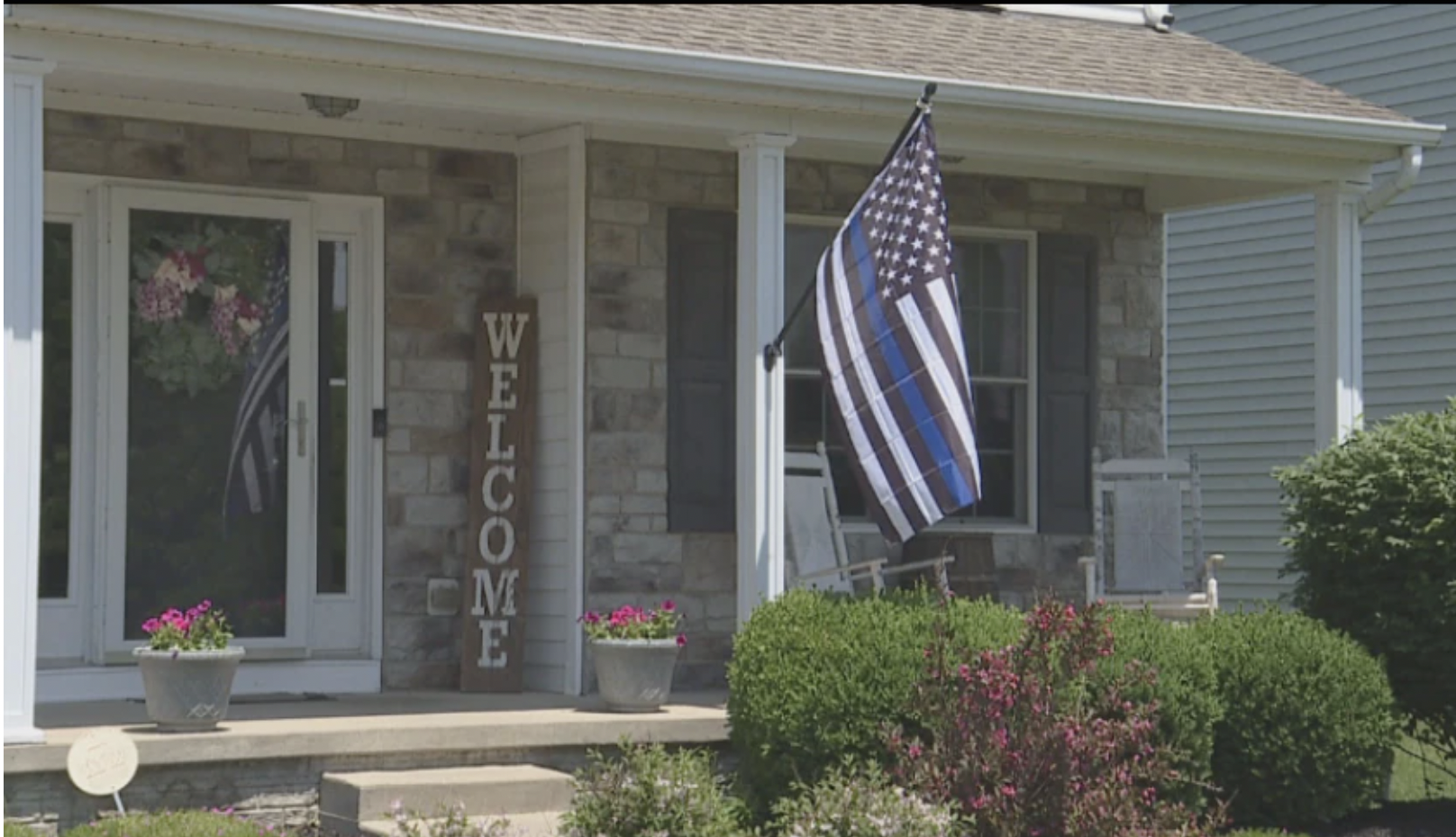 I applaud them for it and it’s growing. You see more flags out every few days, you see a few more flags and blue light bulbs. We wanted to show respect for our neighbor. And we appreciate the service that his family member gave.

Seeing this community come together and supporting one another – everybody had their blue line flags. We just feel the need to support. Is it political? No. I personally feel that there’s certain people that have made it political. I have never once ever thought that this flag represents political.

For now, Mr. DiSario’s flags are still flying. And his neighbors are still flying theirs. The Cumberland Cross HOA is stuck – do they wish to find every person on Mr. DiSario’s street and cause an even more significant controversy? We’ll see. They are already the bad guys in this controversy. We’ll see how well they do with the continued publicity.

Below is a news report about the neighbor’s support.