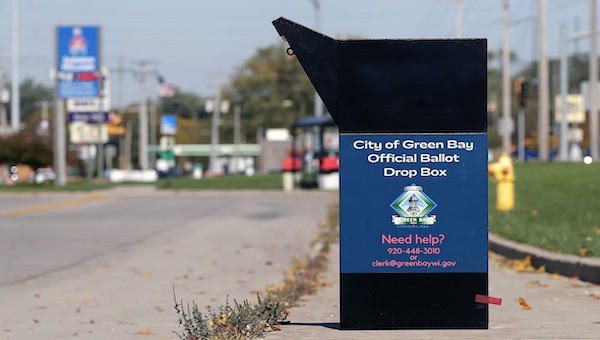 A nonprofit group that distributed Zuckerberg millions of dollars in election grants for the 2020 election has started giving out 2024 cash. This time there will be no funds coming from Mr. Facebook.

In August 2022, the Wisconsin Office of Special Counsel was told to investigate worries that the 2020 voting in Wisconsin voting wasn’t exactly Kosher. They found no miscounting but weren’t happy that  Zuckerberg gave almost $9 million to the Center for Tech and Civic Life to help 5 key counties go for Biden. The counties were Milwaukee, Madison, Racine, Kenosha, and Green Bay counties. The Special Counsel report provided some nicknames in their report. The money given to the Center for Tech and Civic Life was called “Zuck Bucks,” and the group of counties they tried to influence was called the “Zuckerberg 5,” proving that some special Counsels have a sense of humor.

The $9 million was not used to replace the advertising income lost by conservative bloggers who received Facebook bans about a month before the election to be allowed back on the platform soon after election day.

According to the report, the money was used for the Center for Tech and Civic Life to operate Democratic get-out-the-vote efforts and paid for illegal drop boxes placed in Democratic voting strongholds.

The Zuckerberg 5 also violated the federal and state constitutional guarantee of equal protection, according to the special counsel report. The grant money targeted specific voters for special voting privileges, to the disadvantage of similarly situated voters located in other Wisconsin counties. The report also detailed troubling evidence the Zuckerberg 5 counties allowing private groups working with the granting organization, the Center for Tech and Civic Life, to “unlawfully administer aspects of the election,” including in one county where one organization was unlawfully embedded in local government election administration.

It has said 10 county and municipal election offices will be part of the first group to receive grant money under the center’s U.S. Alliance for Election Excellence, which has $80 million to hand out over the next five years, with few restrictions.\

(…) The center did not initially disclose the amounts each jurisdiction would be eligible to receive, but it posted a range of figures two weeks after the initial announcement in response to questions from The Associated Press.

Grant amounts will vary based on the size of each jurisdiction, from $50,000 for those with fewer than 5,000 registered voters to $3 million for those with more than 1 million voters. The first offices will receive grants over a two-year period leading up to the 2024 presidential election, said Tiana Epps-Johnson, the center’s executive director.

The money comes with almost no restrictions on how it can be spent. Election officials said they hope to use the grants for everything from improving websites to recruiting poll workers and building larger, more secure office spaces.

The Center for Tech and Civic Life did similar work in other states. They were so profoundly integrated into Michigan that after the election, there was a movement to ban special-interest groups from trying to affect elections. As expected, politicians voted it down.

AP re[prted that the center and participating election officials have stressed that the alliance’s work is nonpartisan. Afterward, the center unsuccessfully tried to sell the Brooklyn Bridge to the reporter and hair to his bowling ball.