The Six-Day-War: June 1967, When Underdog Israel Changed The World 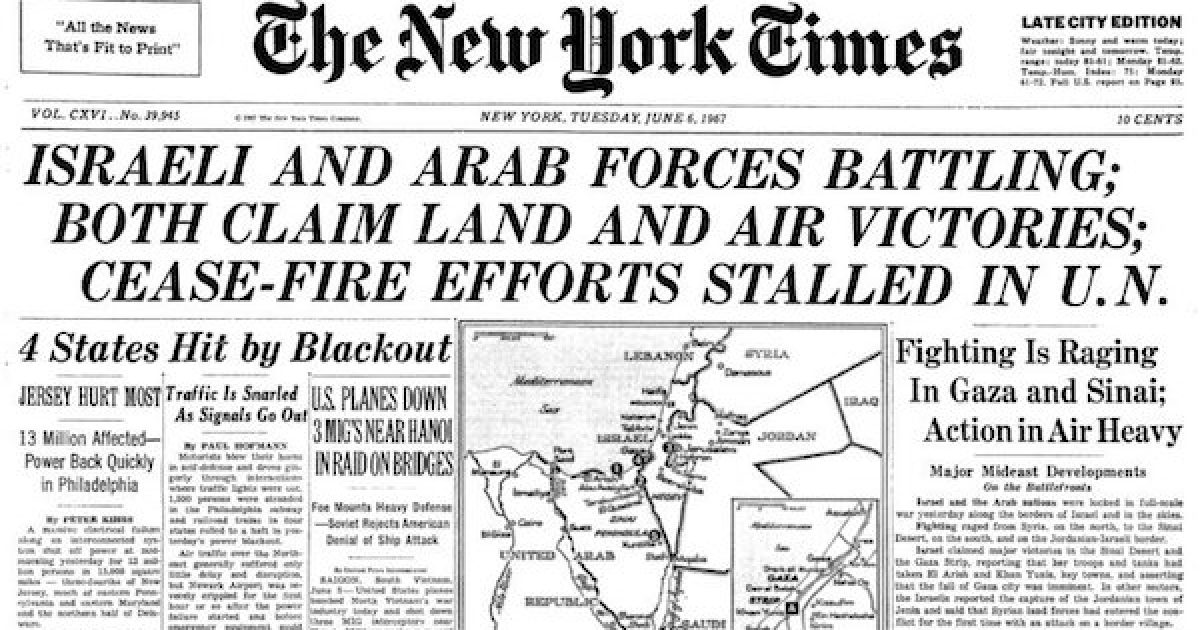 With their dominating victory over three powerful Arab States in the Six-Day-War which began on June 5, 1967, Israel changed the world. It moved the Arab world from pan-Arab nationalism to “every country for its-self,” it established that Israel was no longer the underdog, and she was going to be around for a long time.

In the weeks leading up to the war, Egypt closed the Straits of Tiran to Israeli shipping, preventing ships to reach the port of Eilat. If the vessels wanted to enter Israel from the east, they would have to circumnavigate the entire continent of Africa. Additionally, Egypt tossed the UN peacekeepers out of the Sinai and, along with Jordan and Syria began to mass troops and tanks on its border with Israel.

Finally, facing the threat of being over-run by the Arab armies, with an attack by the Egyptian Army imminent, on June 5th, the Israeli Air Force launched a preemptive strike on the Egyptian Air Force destroying their airplanes and guaranteeing Israeli control of the skies. Egypt had by far the largest and the most modern of all the Arab air forces, consisting of about 420 combat aircraft, all of them Soviet-built. A large number of those warplanes were the top-of-the-line MiG-21 capable of attaining Mach 2 speed.  That was the start of what is now called the Six-Day-War.

Of particular concern to the Israelis were the 30 Tu-16 “Badger” medium bombers, capable of inflicting massive damage on Israeli military and civilian centers.

On June 5 at 7:45AM  Israeli time, as civil defense sirens sounded all over Israel, the IAF launched Operation Focus (Moked). All but 12 of its nearly 200 operational jets left the skies of Israel in a mass attack against Egypt’s airfields. At the time the Egyptian defensive infrastructure was abysmal, and no airfields were yet equipped with hardened aircraft shelters capable of protecting Egypt’s warplanes. Most of the Israeli warplanes headed out over the Mediterranean Sea, flying low to avoid radar detection, before turning toward Egypt. Others flew over the Red Sea.

Reading reports about the war from a half-century ago vs. today reminds me of one of those Star Trek episodes where Kirk and the boys go back in history and change the past—it seems like two different wars.

Fifty years ago the media reports spoke of the underdog Israel and her need to defend herself against the warlike acts of the big bullies led by Egypt. They wrote about how Egypt was committing many actions that could be interpreted as acts of war. These included:

But that was 1967.  Israel isn’t viewed as favorably today because she had the nerve to WIN!  After the Six Day War, Israel was no longer seen as the underdog, and everything changed. To most of the world, a Jewish State is only permissible when it is an underdog because the world doesn’t like “uppity Jews!” 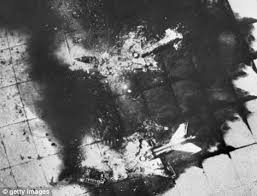 In the first hours of the war Israel launched a preemptive attack that destroyed Egypt’s, Air Force

Just like today, the United States tried to prevent the conflict through negotiations, but the other side did not want peace, the US could not persuade Nasser or the other Arab states to cease their belligerent statements and actions.

Two weeks before the war, President Johnson warned against a preemptive strike,  “Israel will not be alone unless it decides to go alone.”  And when the war began, the State Department announced: “Our position is neutral in thought, word, and deed.”  The Arabs were falsely accusing the United States of airlifting supplies to Israel, but President Johnson imposed an arms embargo on the region (France, Israel’s other main arms supplier at the time, embargoed arms to Israel). By contrast, the Soviets were supplying massive amounts of weapons to the Arabs.

The armies of Kuwait, Algeria, Saudi Arabia and Iraq were contributing troops and arms to the Egyptian, Syrian and Jordanian fronts, with the hope of driving the Jews into the sea. They failed as Israel conquered the territory of the invading armies.

There is, however,  one indisputable fact that today’s revisionist history keeps forgetting if Israel didn’t fight and win the Six Day War–there would be no Israel today. Just as if Israel doesn’t protect herself from the likes of Hamas, Hezbollah, ISIS and even Fatah today there will be no Israel in another half-century. 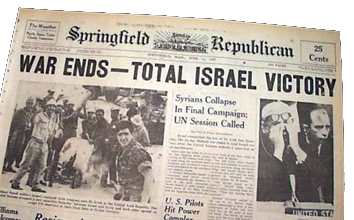 Despite what the media may write on the anniversary of the war,  Palestinian refugee camps were the most successful anti-Israel program created by the Arab League and especially the Egyptian President at the time Gamal Nasser.  Nasser figured out that by forcing Palestinian Arabs into “camps” rather than allowing them to be absorbed by the countries they settled in, the Palestinians would remain the Arab League’s best weapon against the Jewish State.

Another anti-Israel creation birthed by Gamal Nasser (with some help from the Russians) was creating the Fatah the most powerful part of the PLO, as a terrorist organization in 1964. That’s not a typo, the PLO led by Yasser Arafat was formed almost during an Arab League meeting in Jerusalem on June 2, 1964, three years almost to the day before the start of the Six-Day-War.

Fatah executed its first act of terror was in January 1965— an attempted attack on Israel’s National Water Carrier.

In other words, when the mainstream media tries to tell you this week that Palestinian Terror is a result of the “occupation,” know that you are being lied to. It started long before any disputed territories. 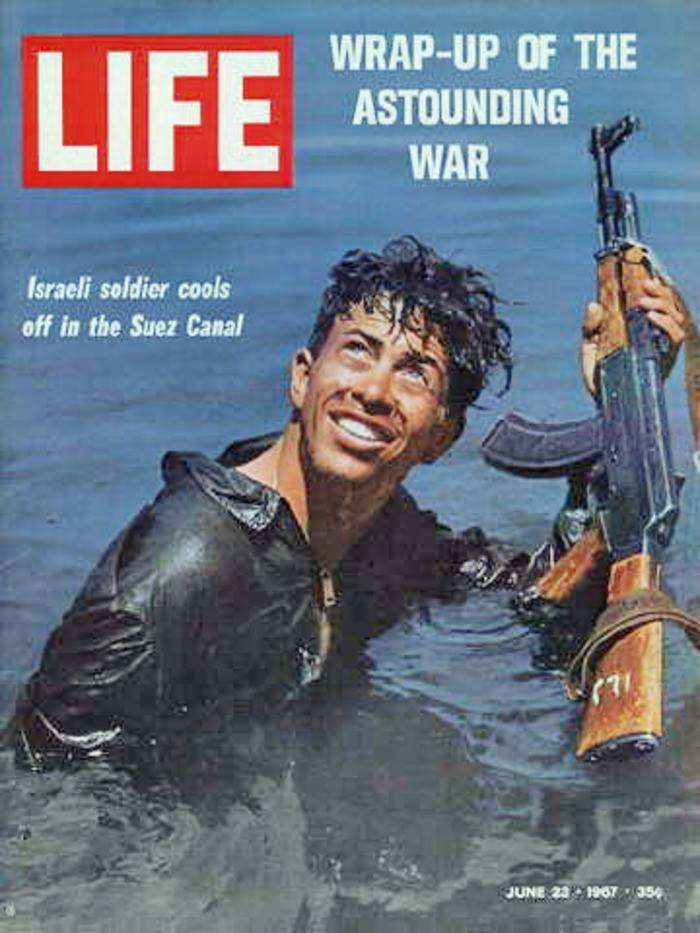 In the immediate aftermath of the war, Israel offered to give back all the conquered territory except for Jerusalem back in exchange for peace. That offer was ignored. Instead, the Arab states met in Khartoum, Sudan, for a conference.

On the first of September 1967, at the Khartoum conference, the Arabs unanimously decided in favor of the now famous three Khartoum “NOs”: No recognition, No negotiation, No peace.

While the world’s perception of Israel changed 51 years ago, with the rare exceptions those three “nos” are still the official policy of the official Muslim world, but the coalition of hatred has seen some cracks. Egypt and Jordan have finally made peace with the Jewish State. On the other hand, the Palestinians Arabs after over four decades of feeding at the teats of western appeasement talk peace in public but refuse to negotiate and teach war at home via their TV sets, newspapers, etc.

At least twice in the past twenty years, Israel offered the Palestinians a deal that gave them very nearly everything they wanted, but both times they walked away.

The Sunni Arab world has begun to see Israel as a potential ally against Iran, and there are signs that the Saudis may be losing their patience with the Palestinians. For example, in his May 21, 2017 column in the London-based Al-Sharq Al-Awsat daily, Saudi Mash’al Al-Sudairi bashed Palestinian leaders that began with “Some Palestinian leaders, while in power, excelled in two things: rhetoric and missing opportunities,” reminiscent of the late Israeli foreign minister Abba Eban who once said, “the Arab’s never miss an opportunity, to miss an opportunity.” I would argue that while regional peace still seems elusive, it is less elusive than it has been in years.

Since that pre-emptive strike on June 5, 1967, the way Israel is viewed by the world has changed significantly, but very little of that matters in the end. In that time, the western world began to recognize and even finance Yasser Arafat and the PLO, eventually expanding the funding to Hamas and Hezbollah. They didn’t understand then (and still don’t now) is their support of those terrorist groups taught groups such as al Qaeda, ISIS, and others that terrorism is a legitimate form of political expression.

And tiny little Israel? They survived more war, more terrorism, and even Barack Obama a United States’ President who did all that he could to de-legitimize the Jewish State–perhaps because it is a Jewish State.

The secret to the success of Israel is that it really never was an underdog—even in 1948, or 1967. Sure, the IDF is a potent fighting force, and Israeli intelligence agencies are among the best in the world, but the truth is that the land was given to the Jews by a much higher power. And that omnipotent power promised the Jews that as long as we obey his rules, it will be ours forever.  That gives Israel the advantage over any human fighting force.