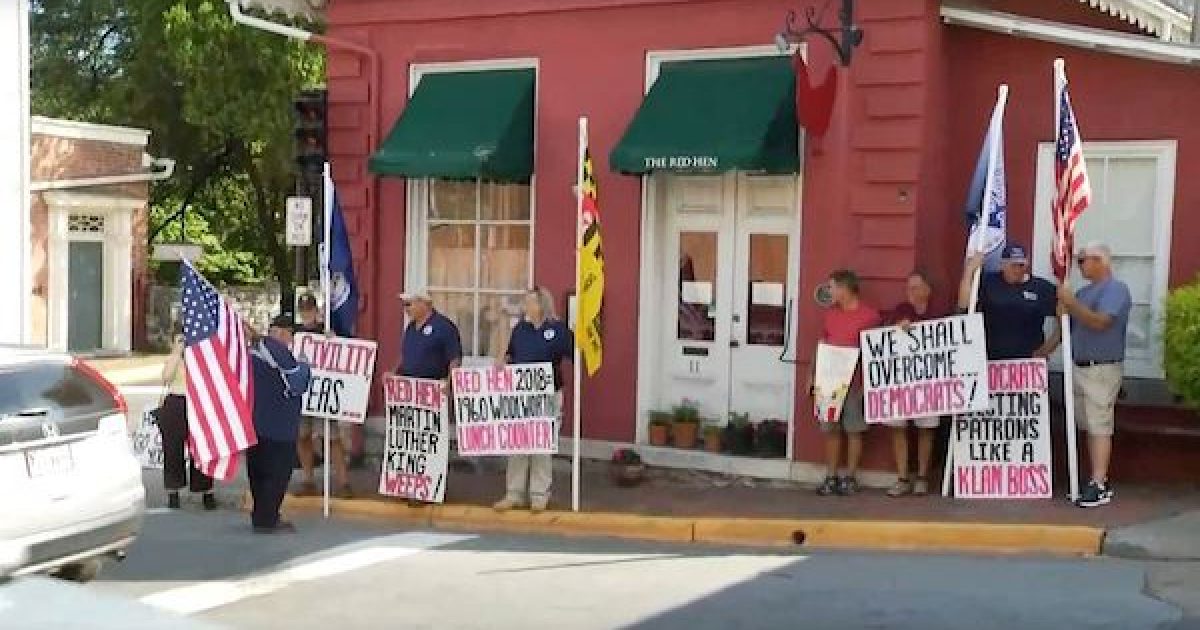 Remember when the owner of The Red Hen, a Virginia eatery,  kicked Presidential spokeswoman Sarah Huckabee Sanders out of her restaurant last June? Well, three months later tourism in the region is still dead thanks to the Trump-hating restaurant making the area seem uninviting to visitors. And now locals are starting to worry that the Trump haters have destroyed their bread and butter.

Whattayaknow! America is a free country, and people can refuse to vacation in a municipality where a restaurant can deny service to a decent person like Sarah Huckabee Sanders and her family because she works for a Republican President.

Lexington, Virginia, is the small town where the owners of the Red Hen restaurant sparked controversy by literally kicking Sarah Huckabee Sanders and her family out of their establishment. But now, the Associated Press says that the town’s tourism board is pumping emergency money into advertising to entice visitors to visit the town because after the ignorant Red Hen owners perpetrated their dastardly deed tourists have entirely abandoned the area.

According to these reports, Lexington’s summer tourism crashed and burned thanks to the negative image that the Red Hen forced onto the area. The loss of money to local businesses has been so severe that the regional tourism board is launching a last minute summer plea to tourists with a new digital marketing campaign.

“Normally that money is saved. But the Rockbridge Regional Tourism Board agreed the region is in desperate need of positive coverage,” the AP wrote.

The tourism board serves Lexington, where The Red Hen is located, and other communities that are about three hours from Washington.

The Red Hen incident in June prompted thousands of a calls and emails to the tourism office. They’re still coming in.

The Roanoke Virginia Times spoke to the marketing director for the Rockbridge Regional Tourism Board:

“For a town our size, it was a significant impact,” Williams said

“We would certainly try to portray ourselves as a friendly, welcoming place,” she said. “And focus our marketing toward accomplishing that goal.”

Thus, the town’s tourism suffered thanks to the angry leftists who has made Lexington look like a bastion of hate. Who wants to go to a town where you might get refused service if they happen to find out you support a politician they don’t like?

Who would risk being treated like garbage when you are just trying to relax and enjoy yourself?

That is precisely the problem these folks in Virginia are facing. Thanks to the hate-filled liberals in their midst Lexington has earned a reputation as a town of hate. Who wants to deal with that on vacation?

If you don’t remember the incident, it occurred late in June. Here is how Politico reported it:

Sanders first chose to address a personal experience from over the weekend, when she was asked to leave a restaurant, the Red Hen, in Lexington, Virginia, because of the staff’s disagreement with the policies she helps promote.

“I was asked to leave because I work for President Trump,” she said, careful not to personally attack the restaurant owner as she read from a prepared statement. “We are allowed to disagree but we should be able to do so freely and without fear of harm.”

“A Hollywood actor publicly encouraged people to kidnap my children,” Sanders continued. “This weekend, a member of Congress called for people to push back and make clear to those serving their country and this administration that they are not welcome anywhere, any time, for anything.”

All of it, she said, was “unacceptable.”

So, Lexington has a huge problem. Thanks to liberals, their town is now marked as a town of hate. And it’s hitting them hard in the wallet.

Much of this Post was first seen at Eagle Rising