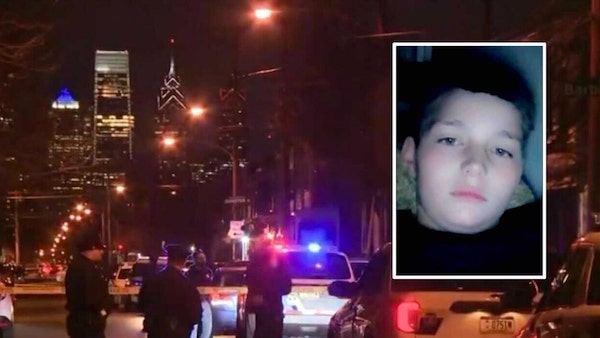 the national media was silent

A 12-year-old boy was shot and killed by Philadelphia police nearly two weeks ago.

Did this make your nightly news? Did basketball teams boycott their games? Was there performative outrage across the country accompanied by violent riots?

Local reports explain Thomas Siderio Jr. was fleeing police when he was shot in the back. It is undetermined whether Siderio was armed.

Siderio is white, like most Americans shot by police, by the way, so he will not be revered like other victims of police shootings.

Folks like Siderio are killed by police at nearly double the rate each year as black people.

Dead Caucasians, however, do not score political points for perpetually angry left-wing bigots. The activists and media usually ignore their deaths because facts interrupt the outrage machine’s Big Lie that police are “systemically racist.”

Walter Wallace, for example, was a black Philadelphian killed by police 17 months ago after attacking them with a weapon. Following a domestic dispute call, Wallace rushed toward the police officers arriving at the scene. Backing away, the cops demanded he drop his weapon, yet he refused. Since police eventually killed Wallace, the incident made national news and led to hooligans rioting and looting in large cities.

For young Siderio, there was no outrage.

As for further particulars, police say he fired a gun at them while they sat in a car, injuring one officer. Police returned fire as Siderio, and a friend ran away. Like the Wallace case, police only used their guns because they felt threatened. Police officers — at least those I know — want to protect us.

Big Tech, as usual, is also culpable via its bigotry and biases.

Internet searches for the Wallace incident show his race in almost every news story; whereas, a search for Siderio rarely lists his race in headlines. Race is clearly only mentioned to vilify police or augment “systemic racism” claims for the New York Times and CNN’s ratings. This is why people enormously overestimate how many blacks are killed annually by U.S. police officers.

“This happened less than a mile from where I live, and I did not know about it until you emailed me,” a Philadelphia resident told me on Tuesday morning. “Thankfully, there was no looting, I guess. It seems more accurate information could destroy the Black Lives Matter and associated movements, which are mostly kept alive by ensuring we the people remain ignorant of truths.”

A.J. Kaufman is a columnist for Alpha News and here at The Lid.

the national media was silent