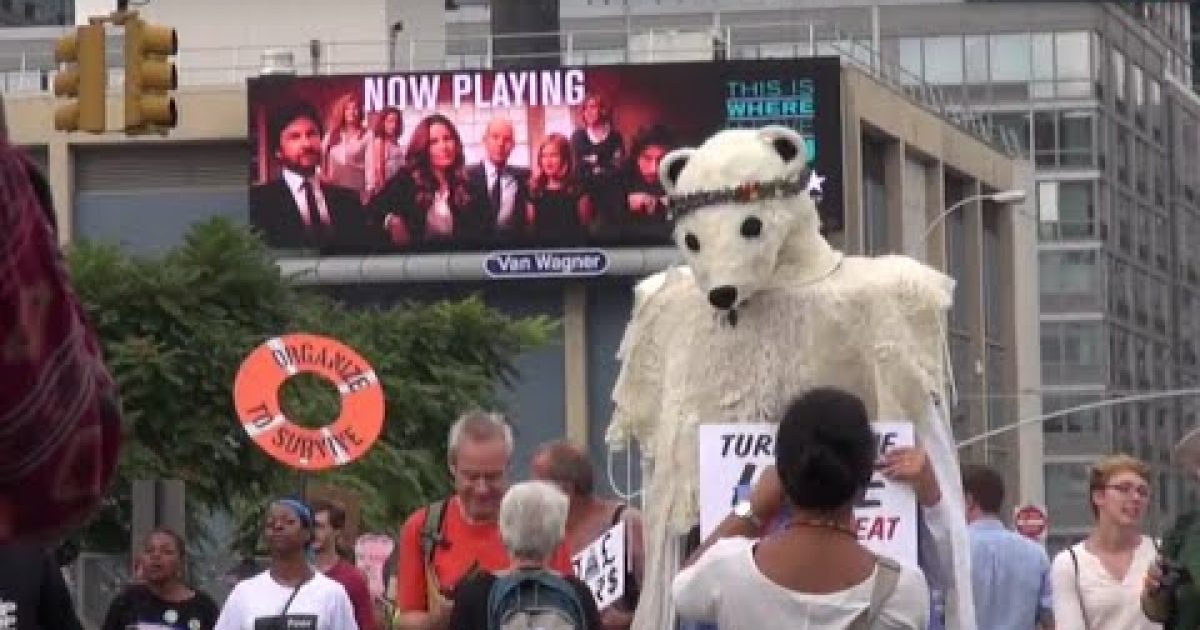 Our first guest will be my friend Marc Morano the executive editor and chief correspondent for ClimateDepot.com. If you have any interest in the documented truth about climate change, then Climate Depot should be a daily read (it is for me), it is the Drudge Report, for climate change facts.

Marc and I will talk about why it isn’t getting warmer? Why the ice caps haven’t melted away? what the GOP needs to do on climate to prevent Obama’s executive orders from becoming permanent? And of course we will discuss the May 2nd theater event surrounding Climate Hustle, the must see movie hosted by Marc Morano. Climate Hustle covers the overheated environmental con job of climate change, it digs into the politics and media hype surrounding the issue, shows how global warming has become a new religion for alarmists, and explains the impacts the warming agenda will have on people in America and around the world.

See the trailer for the movie below:

Marc Morano can be followed on twitter at @ClimateDepot

In the second half hour we are honored to interview another friend, Andrew Malcolm veteran national and foreign correspondent, editor, editorial writer and blogger, who’s spent nearly four decades on three major U.S. newspapers and another eight years in government and politics. He is a columnist at Investor’s Business Daily and one of the most influential voices on Twitter.  Andrew was designated by Ed Morrissey as “the prince of twitter,” because of his large following and must read posts. Malcolm is the perfect guest to have on during a political campaign because he’s done it all.

Andrew’s journalist credentials include writing commentary for Los Angeles Times and twenty-six years at the NY Times beginning in the late 60s. But don’t hold the Times jobs against him, he’s a great writer, a true conservative, and has a great sense of humor (And if all that reporting isn’t enough Andrew has written ten books).

Between the NY Times and LA Times, Andrew was the Director of Communications for the Montana governor, followed by a stint as  the deputy communications manager for the Bush campaign and press secretary to Laura Bush during Dubya’s first run for the oval office (99-01).

Along with all those real achievements, Andrew is my journalism Yoda. Whenever I have a question about journalistic ethics, whether or not a story has enough proof or is worth reporting at all, etc. I ask Andrew to impart some journalism wisdom.

Andrew and I will be discussing the presidential race, the supreme court, and other political issues.

And by the way, if you do not follow Andrew on twitter, you are doing yourself a major disservice. His handle is @ahmalcolm, and you should take my advice and follow him right now.

Listen to The Lid Radio Show at 2PM EDT on Monday by clicking on SHR Media network.  While I’m interviewing Marc Morano and Andrew Malcolm, come into the chat room and ask questions or comment.

Along with every Monday on SHR Media I can be followed at @yidwithlid on twitter, here at The Lid, on Facebook, and 5x a week on MRCTV.org