Will The Jewish Establishment Finally Debate Its Critics?

America’s Jewish Leaders Have Failed And Must Be Held Accountable. 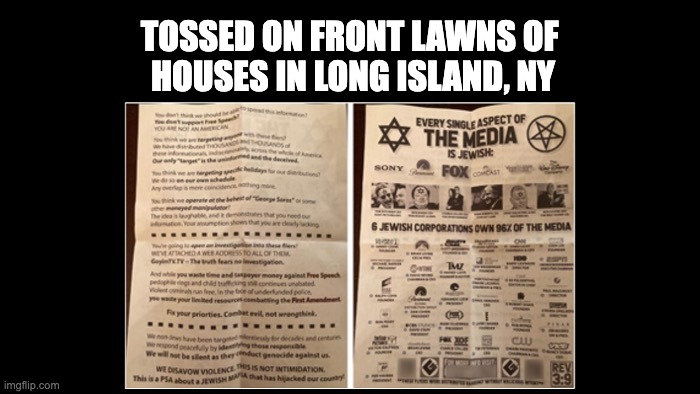 Jewish life in America is under assault. Ideological and political campaigns that defame and demonize Jews are now fashionable in the media, academia, and too many Christian and Muslim religious institutions. This demonization naturally incites physical violence, as it has throughout history. The simplistic and short-term response is, of course, increased physical security—armed guards at Jewish venues and events. Wise leadership would recognize that we cannot provide physical security for every Jew and that unless we deal with the root cause of this violence, we will fail to protect the Jewish community.

Many in the Jewish community recognize that Jewish organizations such as the Anti-Defamation League and the Jewish Federations have failed to protect them. Many are puzzled by the lack of accountability for this failed leadership. Many others question the lack of community discourse about anti-Semitic threats and Jewish leaders’ ineffective responses.

It is difficult and uncomfortable to criticize Jewish leaders at a time when the community is under attack. Still, it is also our duty to demand strong and competent leadership and vigorous debates about the situation. Sadly, the establishment Jewish leadership is too insecure to engage in substantive public discussions. Instead, our leaders prefer to silence any discourse. “Challenging and questioning our leaders is divisive,” they say. “Don’t you know you are only helping the Jew-haters?”

Jeremy Burton, the leader of Boston’s Jewish Community Relations Council (JCRC), recently dismissed criticism directed at his organization by disingenuously invoking Tisha B’Av—the commemoration of the destruction of Jerusalem’s two Temples. He falsely compared current dissent to the sinat hinam (“baseless hatred”) of some Jews for other Jews, which led to the Second Temple’s catastrophic destruction. Moreover, Burton characterizes criticism of his organization’s performance as a “toxic communal discourse” that blames establishment leaders for anti-Semitism. These are ugly and baseless smears, unbecoming of a Jewish leader.

We don’t blame Jewish leaders for causing anti-Semitism. But we hold them accountable for failing to understand the sources and manifestations of contemporary Jew-hatred. Because of this failure, they have been unable to take the actions necessary to protect us.

America’s college campuses are rife with anti-Semitism. Jews have been attacked on the streets of Brooklyn and Los Angeles and murdered in Pittsburgh, San Diego, Monsey, and Jersey City. Jews have been defamed repeatedly by prominent media outlets like The New York Times and CNN. Even members of Congress have been vocal in attacking Jews.

Burton and most other Boston Jewish leaders have made several key strategic blunders that enabled the current situation:

The fundamental reason for these failures is delusional, utopian thinking, such as believing that promoting the interests of minorities and progressive special interest groups will result in reciprocal support for Jewish concerns. Too many Jewish leaders have conflicting loyalties. They have deluded themselves into believing that advocating for a progressive agenda advances the interests of the Jewish community and enables our leaders to fulfill their fiduciary responsibility to the Jewish community.

But the Jewish community will fail without strong and effective leadership. We will continue to insist on accountability. We invite Boston’s Jewish leadership to participate in a public discussion of the threats we face and how, working together, we can protect our community. The Boston Jewish community urgently needs and deserves such open discussions.