REPORT: The FBI Used the CIA and the NSA to Spy on Americans 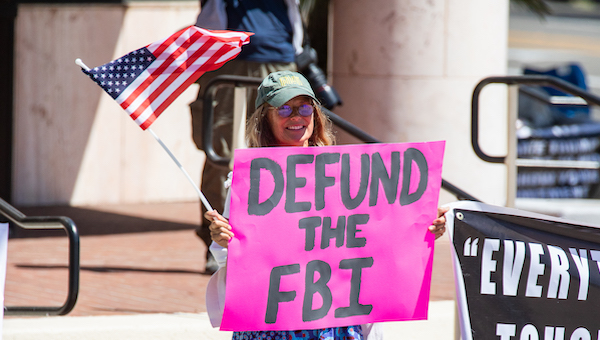 The FBI has revealed that it uses the CIA and the NSA to spy on Americans without a warrant or charges against anyone.

The information was revealed in the FBI’s updated rulebook, which has not been released since Obama took office, according to the Washington Times.

The handbook, rewritten in 2021, confirms a decade-old leak showcasing the bureau’s collaboration with the CIA and NSA for FBI probes that may involve surveillance without court orders against people not accused of any crimes. Such probes are known as “assessments” at the FBI.

The FBI’s partnership with U.S. intelligence agencies that are focused on foreign threats is expected to get intense scrutiny from the new Republican-run Congress. The House Permanent Select Committee on Intelligence and House Judiciary Committee are digging into how intelligence agencies target Americans. Plans include a new panel to examine the weaponization of the federal government against U.S. citizens.

New information about the FBI’s work with other federal agencies and state and local officials is included in the 906-page rule book authored during the Trump administration and revised under President Biden. The bureau published the updated Domestic Investigations and Operations Guide online after rejecting requests to make it public.

The words CIA and NSA are unredacted in section 20.2 of the 2021 rule book, while the full details of the section remain hidden from public view. A leaked 2011 copy of the FBI’s rule book without redactions obtained by The Intercept shows that section 20.2 covers name trace requests, which involve formal FBI requests for other agencies to conduct searches of their records regarding subjects of interest.

Once again, we see that the FBI has become completely corrupted by the Obama regime’s desire to turn the once stellar law enforcement agency into the Democrat Party’s Gestapo.

The FBI cannot be fixed. It needs to be eliminated.