Conflict With Palestinians Has Once Again Caught Israel Unprepared

The warning signs have not gone away, Israel largely closed its eyes and ears 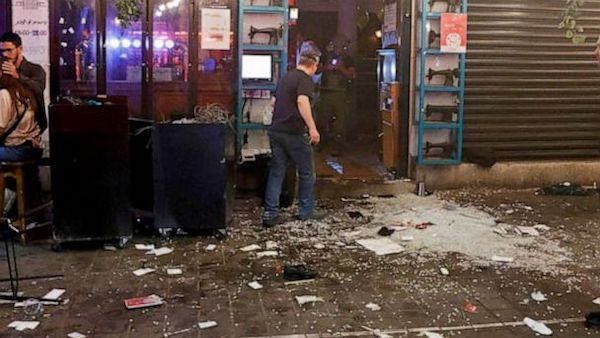 By Karma Feinstein-Cohen the conflict is back

The conflict is back but must be ended once and for all with a victory for Israel.

For too long, Israelis and their leaders believed that the Israel-Palestinian conflict was largely dormant.

Perhaps it was the lack of large-scale terror attacks originating from Palestinian-populated areas outside of Gaza or arguably the sense that the region was moving beyond the conflict because of the Abraham Accords and the increasing acceptance of the Jewish State in the Arab and Muslim world.

In recent months, there was barely a week without a high-level Israeli official traveling to the UAE, Bahrain, Egypt, or Jordan, openly and with smiling pictures taken with local leaders.

Whether it was these increasingly warming ties or the seeming end of ISIS as a territorial sovereign, most Israelis saw the only tangible threat emanating from Iran and its proxies.

Nevertheless, the conflict with the Palestinians, over 100 years old, has once again caught us unprepared.

The warning signs had not gone away. We essentially closed our eyes and ears.

A case in point was the release of a new study conducted by the Palestinian Center for Policy and Survey Research (PCPSR) just before the new wave of terror attacks which claimed the lives of eleven, and injured others, began.

According to Palestinian Media Watch, when Palestinian respondents were asked about the most effective means of “ending the Israeli occupation and building an independent state,” the report says that 68% of Palestinians chose violence (44% chose armed struggle (i.e., engaging in all-out terror similar to the PA launched 2000 – 2005 terror campaign) and 24% chose “popular resistance” (the PA euphemism that includes sporadic terror attacks like shootings, stabbings, and car-rammings)).

Only 25% of the Palestinians chose the path of “negotiations.”

In other words, while Israel was basking in the warm glow of regional Arab acceptance, Palestinian Arab violent rejectionism was just waiting to explode. Over two-thirds support the use of violence. The images of celebrations and the handing out of sweets in Palestinian-controlled areas of Gaza and Judea and Samaria should serve as a wake-up call.

The question that many are now asking is what should be done about it.

Some believe that Israel should ensure more significant concessions to the Palestinians, but that has not worked in the past and merely incentivizes more attacks.

Others believe in “mowing the grass,” taking actions that will degrade its enemy’s ability to attack for a certain period of time. It is about short deterrence and sending a message rather than delivering the kind of blow it cannot recover from.

This has arguably been successful for those short-term tacticians who seek short periods of calm, but it has certainly not brought Israel and its people the long-term peace it requires.

This leaves a more radical but as yet untried strategy, seeking a complete victory.

The term “victory” has been paraded about quite a lot in recent years by Israeli politicians and top IDF brass alike, but never in the true and fullest sense of the term.

Historically, wars are won when one side breaks the will of the other to keep on fighting and ensure it would not meet its war aims.

In our conflict, the theoretical equation is relatively simple. As the conflict began on the premise of rejection of the Jewish People’s rights to a sovereign state on their indigenous and ancestral homeland, this is also how it must end.

In the countless rejection by successive Palestinian leaders of overly generous peace proposals, we have seen that it is clearly not about land, borders, settlements, Jerusalem, or the so-called “occupation.” All of these issues were placed on the negotiating table by Israeli leaders but not signed by Palestinian leaders because they would have meant including an ‘end of claims’ and ‘end of conflict’ clauses.

When Mahmoud Abbas says he will never recognize Israel’s national character as a “Jewish State,” it is because, for him, that would be a betrayal of the root cause for his ongoing rejectionism.

Thus, Abbas and his cadre continue to perpetuate the belief that this conflict ends with a Palestinian victory, meaning an end to Jewish sovereignty.

This might seem unattainable to most Israelis, but regardless of our disbelief, it remains the cause that has driven violence and bloodshed for over a century.

To end the conflict once and for all, Israel has to ensure that all Palestinian violent rejectionists, from Hamas, Islamic Jihad, Fatah, and ISIS, understand that their war aims will not be realized, give up, recognize the permanence of the State of Israel as the national homeland of the Jewish People, and then negotiations can begin with reasonable Palestinians who just seek peace, security, and prosperity for their people.

Israel should do this by using all tools necessary to break the terrorists’ will to continue fighting, whether military, economic, diplomatic, or political, while remaining no less committed to humanitarian law and the rules of war.

Only a true Israel victory can bring an end to this ongoing conflict. When this current round of terror attacks concludes, the motivation to continue fighting will not end until it is forced to.

This win-lose conclusion to the Israel-Palestinian conflict could eventually lead to a win-win for all the peoples of the region to finally put the war behind them and join a widening circle of peace for the region to face the challenges and threats which unite us all. For the sake of the future of both Israelis and Palestinians, Israel must defeat the Palestinian extremists committed to perpetual conflict.

By Karma Feinstein-Cohen: Executive Director of World Magshimey-Herut and World Herut which she founded in 1999.

In this world where Antisemitism and hatred of Israel are at pandemic levels, it’s essential to be part of Herurt, a movement dedicated to protecting Israel and the Jewish people worldwide. More about Herut can be found atwww.HerutNA.org–Please click on this link and consider joining us in this vital organization for the future of the Jewish people and our eternal homeland, Israel.