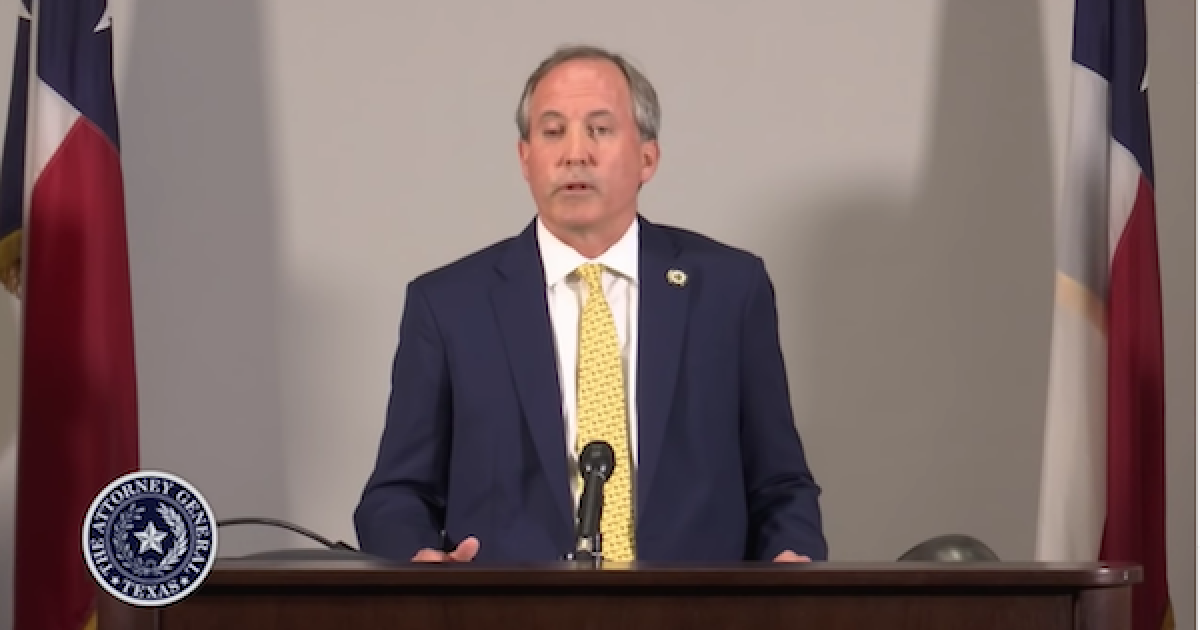 Texas Attorney General Ken Paxton had threatened legal action for the past year if the DACA program didn’t come to a halt, not because he hates immigrants as the liberals will undoubtedly claim, but because Obama’s order ignored the separation of powers as outlined in the U.S. Constitution

“Today, leading a coalition of seven states, I filed a lawsuit against the federal government to end the unconstitutional Obama-era Deferred Action for Childhood Arrival program (“DACA”). DACA purported to grant lawful presence and work permits to nearly one million unlawfully present aliens without congressional approval. In fact, DACA was an attempt by President Obama to enact a law that Congress had repeatedly rejected. Our coalition is urging the U.S. District Court for the Southern District of Texas to declare DACA unconstitutional and stop the federal government from issuing or renewing any DACA permits in the future.

“Last September, President Trump sided with the rule of law. He agreed to phase out DACA after I led a coalition requesting his administration do so or face a court challenge. Since then, three activist federal judges have blocked the federal government from cancelling DACA. That means that unelected federal judges are forcing the Trump administration to leave an unlawful program in place indefinitely as legal challenges drag on.

“The multi-state coalition lawsuit we filed today is about the rule of law, not the wisdom of any particular immigration policy. The Constitution guarantees the American people the right to set their own immigration policies through their representatives in Congress. The federal executive branch lacks the power to unilaterally grant unlawfully present aliens lawful presence and work authorization.

“Left intact, DACA sets a dangerous precedent by giving the executive branch sweeping authority to ignore the laws enacted by Congress and change our nation’s immigration laws to suit a president’s own policy preferences. The danger DACA poses goes far beyond its consequences for our immigration system.  It invites future presidents to ignore the law, ignore the will of the people, and set their own policies on the Second Amendment, privacy rights, drug laws, or any of the other important issues debated in Congress.

“President Trump has a duty under the Constitution to take care that the law be faithfully executed.  Activist judges should not stand in the way of the president fulfilling his constitutional duty. DACA encourages lawlessness within the federal government and at our borders. Legally, DACA is similar to the executive amnesty program known as DAPA. The courts blocked DAPA after I led another state coalition challenging its constitutionality all the way to the U.S. Supreme Court. Our coalition is confident that ultimately, through our federal lawsuit, DACA will meet the same fate as DAPA.”

In the lawsuit, the seven states are not asking the so-called dreamers be deported.

Recently a federal judge in Washington joined other district Judges in calling the Trump Administrations  action to wind down the Obama  program “arbitrary and capricious.” He gave the Trump administration 90 days to make a new case.

The Texas-led lawsuit is not an attempt to litigate the Judges decisions regarding the Trump Administration, but to get a ruling declaring Obama’s executive action unconstitutional.

Paxton’s lawsuit joins a host of DACA litigations that is not expected to be resolved until the U.S. Supreme Court weighs in.

Where we stand now is a president’s executive order, usurping congressional power, seems to be legislated by district court judges who are trying to legislate from the bench.  The only way to stop these violations of the constitution is a supreme court decision enforcing the separation of powers.

The video below is of Ken Paxton’s announcement of the lawsuit on Tuesday morning.