What Role Are Big Government Federal Regulations Playing In Texas Freezing In The Dark? 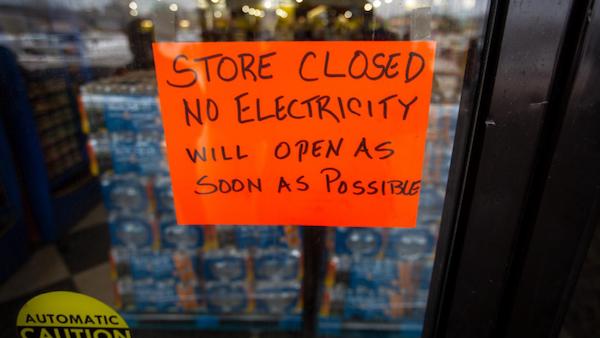 Defenders of green energy and fossil fuels are pointing fingers at each other for the failures that led to dangerous blackouts in Texas — but could both sides be missing the bigger picture? How big a role did regulations sent from the desk of some faraway bureaucrat play in this catastrophic failure? Texans freezing

Much has already been written about the failure of wind turbines to deliver an adequate load — and whether they should have been winterized. About failures of natural gas delivery, and even sensors in the nuclear power stations.

Not much has been said about the role federal pollution standards have played on Texas failing to get ahead of the problem by ramping up supply.

Texas is getting a lot of grief about being a standalone system, and not running on National Standards. The usual green-deal embracing suspects are leading that charge. But national regulations are part of the reason our base-load electrical energy sources, ones that do NOT rely on the ebb and flow of sunlight and wind power, did not ramp up adequate supply. Grief looking like this: 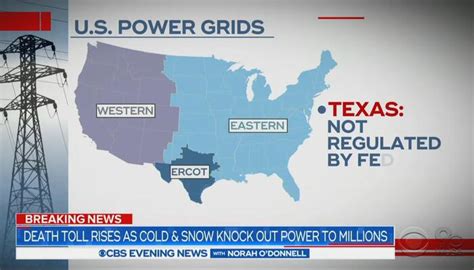 But that’s not really telling the whole story either.

Texas produces more electricity than it consumes and maintains a buffer referred to as the “state’s reserve margin.” This margin ensures that we should never have to suffer from rolling blackouts like California.

Then why are so millions of Texans without power right now? Why are we dealing with rolling blackouts?

The answer is all-too-familiar: our relationship with the federal government.

Texas had the capacity to ramp up power generation but first, it needed the equivalent of a hall pass from some federal environmental hall monitor. Without permission, no power.

The Department of Energy issued an emergency order allowing several Texas power plants to produce as much electricity as possible, a move expected to violate anti-pollution rules that comes amid a deepening electricity crisis in the state that has cut power to millions of homes.

The Energy Department order, requested by the Electric Reliability Council of Texas, authorizes power plants throughout the state to run a maximum output levels, even as such a move is anticipated to result in a violation of limits of pollution. 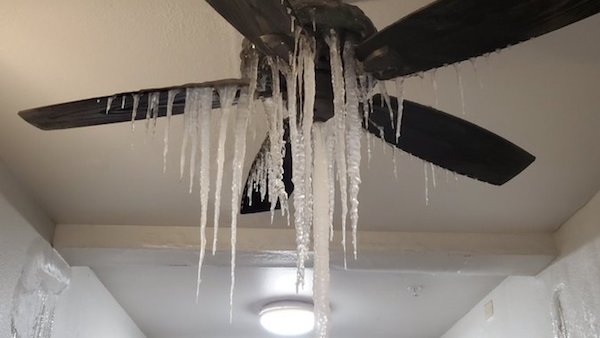 Without power? Well, we all saw what happened next. And Texans are the ones getting blamed for it. Here’s the Federal Government’s Department Of Energy response to the crisis, Order No. 202-21-1.

A couple of interesting details from that order. Even while homes are being destroyed from frozen pipes, and people are being killed by the cold, these skinflints still make sure to add all kinds of extra environmental hoops for Texan energy peeps to jump through.

Keep in mind, Governor Abbott declared a State of Disaster for the entire state as of February 12. Blandly-named government order number 202-21-1 concludes with these words: “Issued in Washington, D.C. at 8:51 PM Eastern Standard Time on this 14th day of, February 2021.”

ERCOT [The Electric Reliability Council of Texas] has been alerted that numerous generation units will be unable to operate at full capacity without violating federal air quality or other permit limitations. ERCOT requests that the Secretary issue an order immediately, effective February 14, 2021 through February 19, 2021, authorizing “the provision of additional energy from all generation units subject to emissions or other permit limits” in the ERCOT region.

The generating units (Specified Resources) that this Order pertains to are listed on the Order 202-21-1 Resources List, as described below.

Given the emergency nature of the expected load stress, the responsibility of ERCOT to ensure maximum reliability on its system, and the ability of ERCOT to identify and dispatch generation necessary to meet the additional load, I have determined that additional dispatch of the Specified Resources is necessary to best meet the emergency and serve the public interest for purposes of FPA section 202(c). Because the additional generation may result in a conflict with environmental standards and requirements, I am authorizing only the necessary additional generation, with reporting requirements as described below.

(…) In the event ERCOT identifies the need to exceed other relevant environmental permitting levels, ERCOT shall specifically identify such permitting levels and DOE will consider ERCOT’s request in good faith.

People’s lives are in shambles, but rather than prioritizing a nimble and effective response to getting people back to their normal lives, they are prioritizing using favored sources of energy and not ‘overproducing’.

As though the carbon footprint of repairing homes destroyed by water damage from frozen pipes won’t be far worse than whatever they are trying to save the world from, in the relative comfort of their DC offices

One of the key conservative values getting lost in all the noise of the endless political circus is the importance of local control of local interests. Massive government programs with a one-size-fits-all solution for all 50 States have a habit of failing to address the particular needs and interests of different regions.

It is the same reason that policies and politicians favored by wealthy coastal cities are often different from blue-collar towns in the interior. Needs. Priorities. Values. Circumstances. In many ways, they are like different smaller countries within the larger whole. That was the point of Federalism.

Until they came along and nationalized everything.