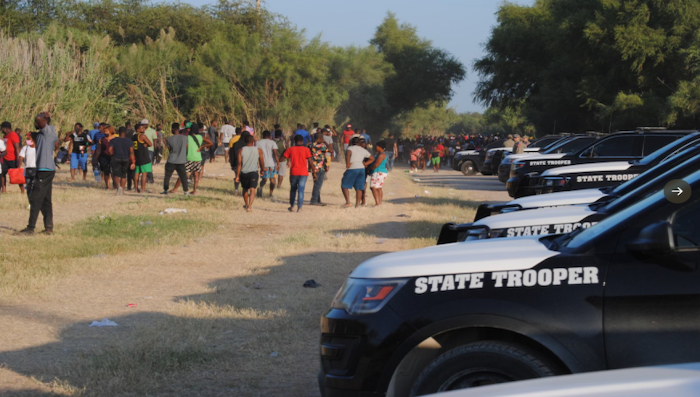 After the Biden Administration totally failed in securing the border, the Texas Department of Public Safety (DPS) surged to the Del Rio crossing in an effort to stop thousands of migrants from coming into the United States. Texas DPS literally brought hundreds of troopers and their patrol vehicles to line the Rio Grande access point. The deterrent appears to have worked for now, but there are a plethora of problems that the Biden administration has failed to address. Texas DPS surge 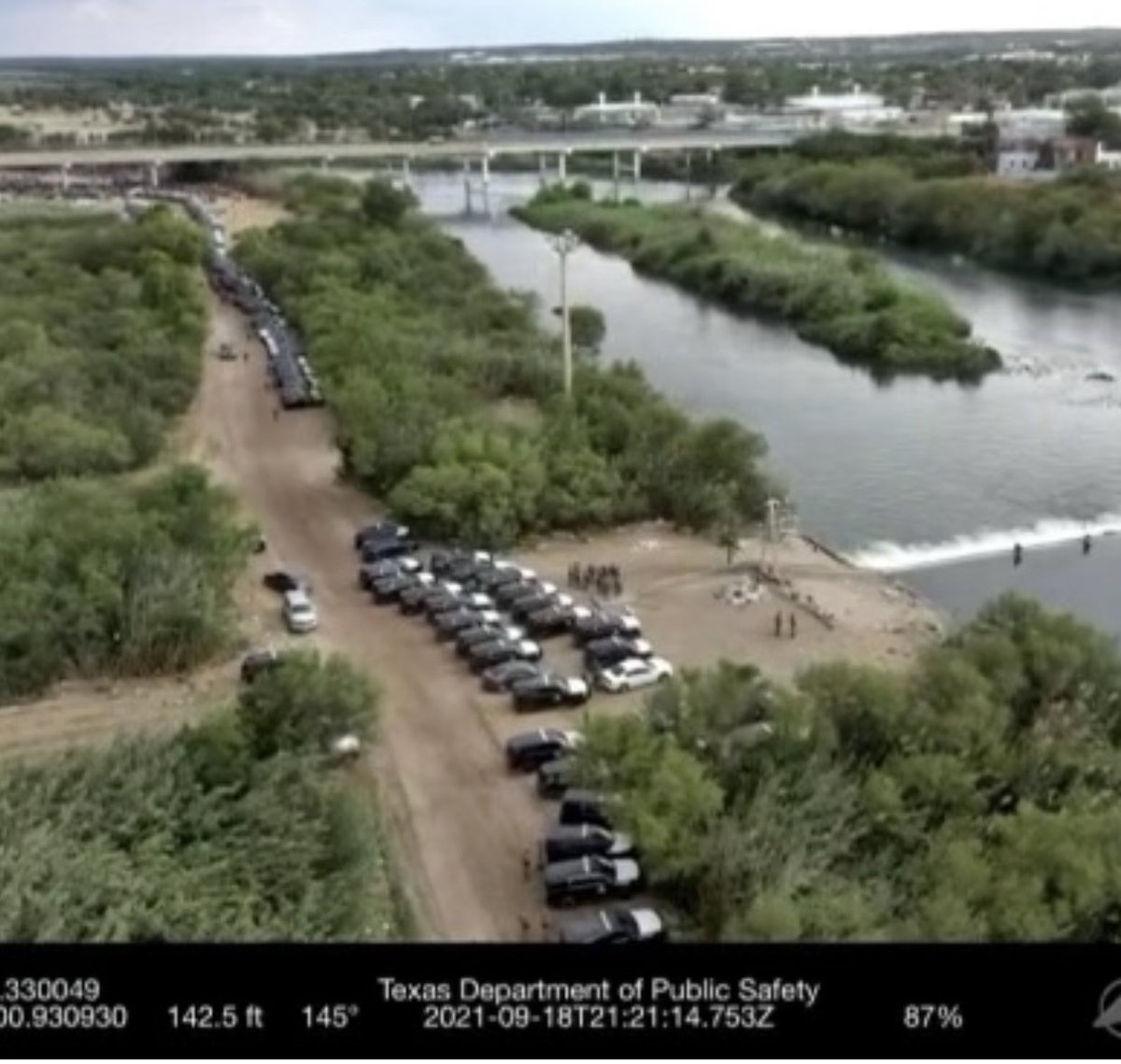 “Our #bordercrisis goes beyond the RGV and South TX communities — the smuggling of drugs, people, and weapons reaches far and wide, and it affects all of us. I will continue to work tirelessly to secure our border and protect the people of Texas." — @GregAbbott_TX pic.twitter.com/2kMkse29l2

NEW: There is a massive surge of Texas DPS troopers heading into the international bridge area in Del Rio. With close to 15,000 migrants currently under the bridge, law enforcement sources say they want to be proactive w/ potential security concerns for such a big group @FoxNews pic.twitter.com/rH7hPX2Od5

I’m now on the U.S. side of the Rio Grande where thousands of migrants crossed illegally into Del Rio today. The migrants left piles of trash, and the area has now been secured with barbed wire by Texas DPS. The flow of migrants has stopped & DPS is here in force. @FoxNews pic.twitter.com/0oFzQXRALs

BREAKING: I am absolutely stunned by what I’m witnessing right now. We are on a boat in the Rio Grande near the Del Rio international bridge and we are watching as masses of hundreds of migrants walk across the river from Mexico and stream into the US illegally. @FoxNews pic.twitter.com/xXE4pDkpIe

BREAKING: Texas DPS appears to be clearing the mass of migrants from the US side of the river in Del Rio, but more are still constantly coming across illegally from Mexico. @FoxNews pic.twitter.com/QZCrS6j8O6

Texas DPS cleared the migrants from the area, and barbed wire was erected around the site. Texas DPS is there to provide security, but there are some jurisdictional issues with that. What’s the price tag for all this mess? Let’s look:

An immigrant that was staying under the Del Rio International Bridge gave birth yesterday at the hospital— my source tells me she was COVID positive.

COVID testing is not happening at the camp, nor are vaccinations.

When there are 15,000 people jammed under the bridge, there is no possibility of testing for Covid or vaccinating that many people. It’s difficult enough to manage the port-a-potties, which are likely hotbeds of disease at this point. Most of the countries involved have little access to vaccinations or treatments. Even such things as Influenza and Norovirus could strike at any time and run rampant through the camp. Piles of trash are breeding grounds for every manner of disease, especially in a hot climate like Texas.

The migrants have constructed temporary shelters using sticks, which resemble shanty towns in third-world countries, according to some. There isn’t enough food for that many people, and even though Del Rio restaurants were asked to provide some, the enormity of the problem is out of control and impacting taxpayers as well as local businesses.

Stopping the flow – what’s the price?

Brandon Judd, Head of the National Border Patrol Council, told Fox News that ripping resources from one area to take care of Del Rio leaves significant gaps in the security for other areas. He feels that the Biden administration has “waived a white flag” that gave up our border to the Mexican cartels.

Aside from the Texas state resources that Gov. Greg Abbott is surging to these areas, busy highways and interstates are unprotected and ripe for exploitation by criminal cartels. What the Biden administration is really doing is ensuring that criminal cartels will generate record-breaking profits.

DHS also announced they are surging 400 Border Patrol agents to Del Rio from other parts of the country. While this might sound good, the agents must be pulled from other areas of concern, which creates coverage gaps in states like New Mexico and Arizona. This will undoubtedly be exploited by criminal cartels.

In another misguided response to the crisis playing out under the Del Rio International Bridge, CBP announced that they shut down the Del Rio Port of Entry.

Not only is the Biden administration putting the American public in danger by increasing the amounts of drugs and criminal aliens entering our country, they are also causing economic harm to Del Rio, Laredo and all the towns in between.

Ports of entry generate billions of dollars in revenue for the American economy. They also serve as major profit-generating tools for local communities.

By shutting down the Del Rio Port of Entry, all the international trade that would normally pass through Del Rio is being rerouted to the Eagle Pass Port of Entry…

Over the past eight months, criminal cartels have recognized that the Biden administration is slow to adapt to their strategies. Organized crime has also recognized that they can dictate law enforcement operations by simply flooding our borders with illegal immigrants…

If not for Abbot (sic) and Texas’ Department of Public Safety, there would be little to no coverage in essential border security corridors. But Abbot(sic) should not be forced to do President Biden’s job. And while it is encouraging to have a Texas DPS presence in these corridors, it is not as efficient as having the Border Patrol due to jurisdictional issues.

So there are not only higher prices for goods that used to pass through Del Rio, the cartels will now manipulate the Biden administration even more. Governor Abbott has given this his best effort, for which the Border Patrol is grateful, but the security gaps will likely be exploited.

From DHS Secretary Mayorkas on up to the King Beach Goer himself, heads need to roll over this debacle…and all the other ones we have been forced to witness throughout the entire Biden administration.