Texas Billboard Tells Liberals Exactly Where They Can Go: Liberals LOSE IT. 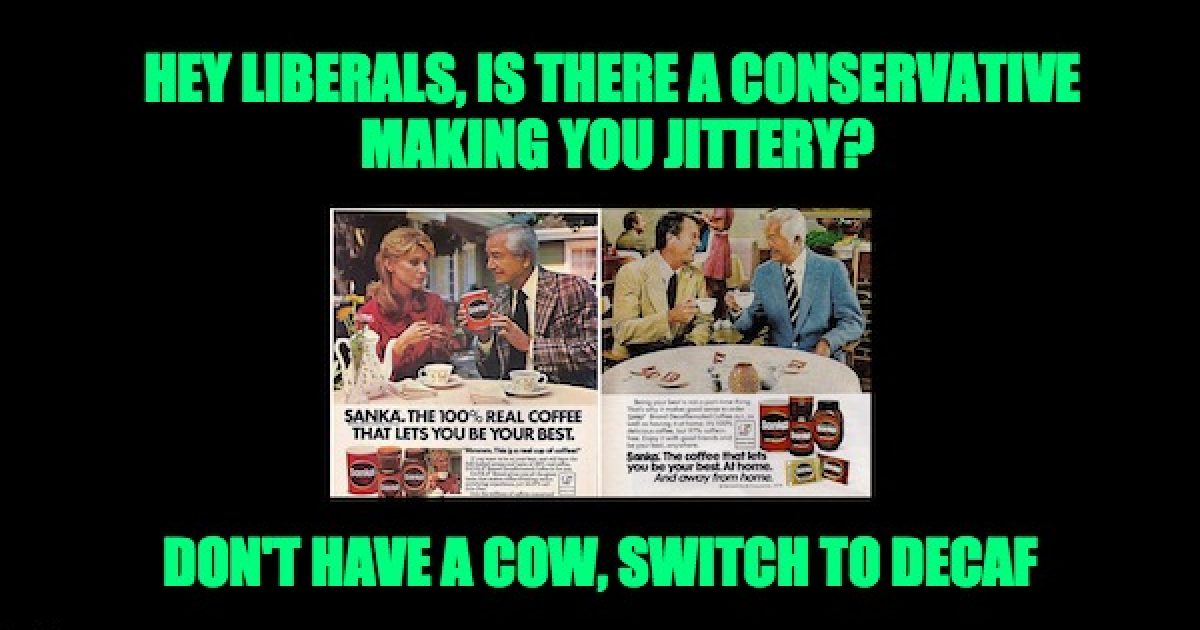 Now, THIS is funny…or WAS funny. On his Facebook page, Kyle Mccallie posted a picture of a billboard he saw “6 miles east of Vega on I-40 eastbound.” The sign poked fun at liberals and contained a message that many Texans agree with:

“Liberals, Please continue on I-40 until you have left our GREAT STATE OF TEXAS.” 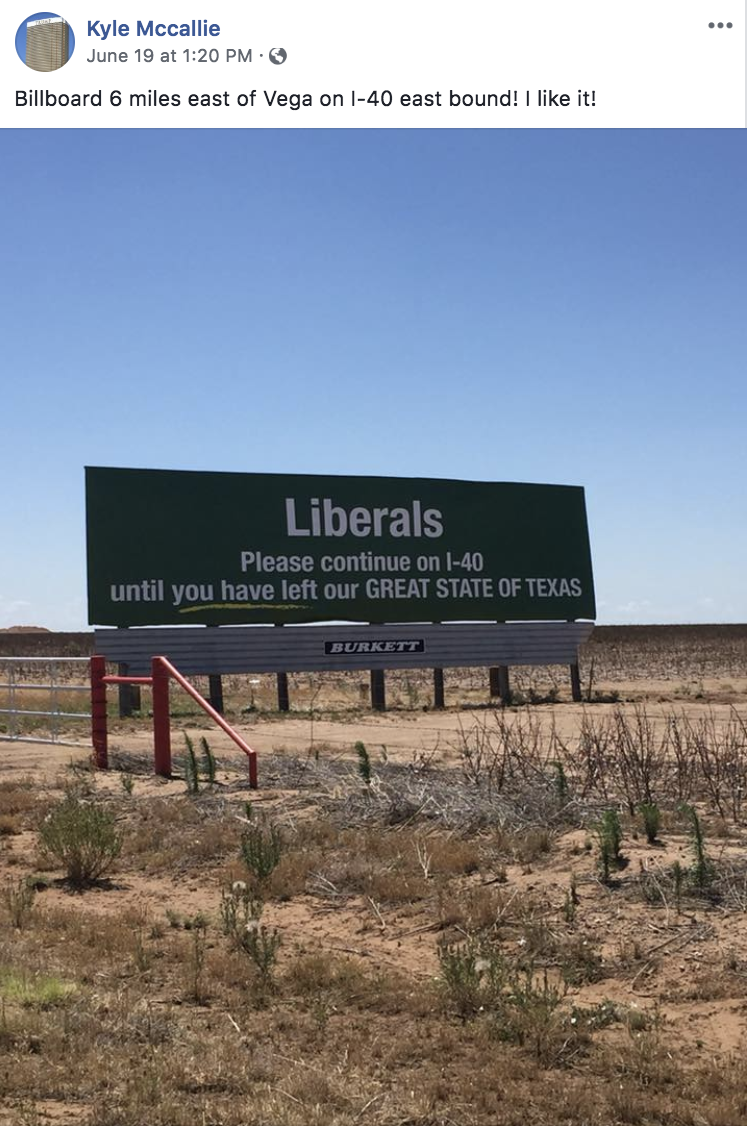 Many others liked it too. Kyle’s Facebook post soon went viral. But when liberals saw it they went crazy:

Mccallie told Patch in a Facebook message Wednesday he doesn’t know who put the sign up, but he thinks it “speaks for itself.” If someone is offended by it then maybe they should follow the directions,” he said. Mccallie later added that he posted the picture with no intention of it “going viral.” He said he doesn’t own the billboard or the land it’s on. “I posted it because I liked it and got a good laugh just like thousands of people have,” he said.

“I am riding the TRUMP TRAIN all the way across the great country of the USA,” Mccallie told McClatchy. “The reactions have been crazy. I had no intentions of it getting like this, blowing up in a few hours. All kinds of hate mail and all I did was take a picture.”

Per the Fort Worth Star-Telegram, the Outdoor sign company was also inundated with hatred:

Randy Burkett, who owns Burkett Outdoor Advertising and the sign, told McClatchy that after all the backlash and media attention the sign got on Tuesday and Wednesday, it would be taken down immediately.

“I was shocked that it traveled that fast,” Burkett said. “I believe in free speech, but this country is divided enough as it is. I’ve spoken with the client, and he’s agreed that it should come down. We’ll be reimbursing him.”

He said that the client who bought the advertising space was an individual, not an organization. The sudden surge of web traffic crashed the Burkett Outdoor Advertising website Wednesday morning.

Incredibly, liberals who rush to inappropriately brand conservatives and President Trump as Nazis had a cow and a half over a sign that does little more than poke a little fun. It certainly wasn’t as harsh as when NY Governor Cuomo told conservatives to leave the state (something liberals didn’t protest).

Perhaps its time for liberals to calm down a bit, allow me to suggest some decaf.