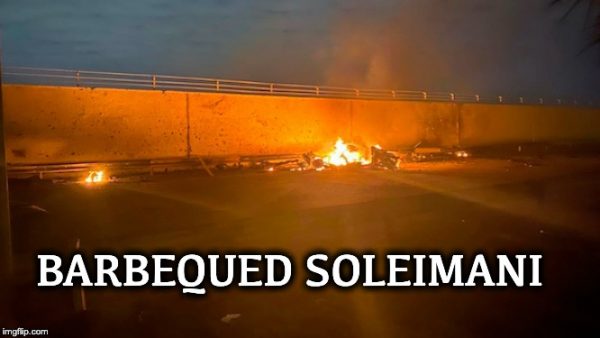 On Thursday evening, the news broke that President Trump ordered a targeted strike in Iraq that lead to the death of terrorist leader Soleimani. He’s the head of Iran’s terrorist Quds Forces.

Reaction to the killing of the terror leader was reasonably predictable.  American liberals and leftist media talking heads weren’t happy with the action Average Iranians, however, seemed to have a much different opinion. They celebrated.

Iraqis — Iraqis — dancing in the street for freedom; thankful that General Soleimani is no more. pic.twitter.com/huFcae3ap4

Pundits and politicians on the left were not happy with the President’s justified decision to send Soleimani to meet his maker..

Newsbusters tells us about MSNBC’s reaction.

…During the primetime pearl-clutching on MSNBC’s The Last Word, a panel of journalists and former Obama administration officials were busy suggesting there was no plan and “if” Soleimani deserved what he got, Trump was the “wrong” president to dish it out.

Towards the end of the show, host Lawrence O’Donnell basically went around the room and had his panel of lefties quickly reiterate their gripes about the strike that they made throughout the show.

What’s really amazing is how fast Andrea Mitchell was able to get her opinion from Hillary Clinton.

“I think you’ll see Qasem Soleimani treated like a martyr and treated as a hero of his country, which is not how we Americans see him. But you can certainly expect the Iranian regime to use this for all the propaganda value they can,” former Obama Middle East advisor Daniel Benaim said

Really? Wait he worked for Obama.  He probably has a picture of Soleimani in his bedroom.

Iran’s Supreme Leader was not happy.

That guy has tweeted that we see Iran responsible for the events in Baghdad & we will respond to Iran.
1st: You can’t do anything.
2nd: If you were logical —which you’re not— you’d see that your crimes in Iraq, Afghanistan… have made nations hate you. https://t.co/hMGOEDwHuY

BTW he is a fraud.  Khamenei is not the supreme leader. Diana Ross was the leader of the supremes!

But others had quite a different opinion:

What did Iran learn today?

BERMAN: So when you hear from France that the world is a less safe place this morning, how do you respond to that?

POMPEO: Yeah, well, the French are just wrong about that. The world is a much safer place today. https://t.co/tJBK3ussNj

Actually, France honored Soleimani by raising the white flag at half staff.

The Trump Admin has conducted strikes in Iraq targeting high-level Iranian military officials and killing Iranian Quds Force Commander Qasem Soleimani without an AUMF against Iran. Further, this action was taken without the consultation of the Congress.

The president already has the  authorization to use the military in Iraq,

According to Secretary of State Pompeo, the strike was carried out to prevent an “imminent attack” by forces directed by Soleimani.

“He’s got hundreds of American lives and blood on his hands. What was sitting before us was his travels throughout the region, his efforts to make a significant strike against Americans. There would have been many Muslims killed as well, Iraqis and people in other countries. It was a strike that was aimed at disrupting that plot, disrupting further aggression and we hope, setting the conditions for de-escalation as well,” he said.

Soleimani planned the 2012 attacks in Libya because he knew about the gun-running to Syrian rebels that were going on out of the CIA Annex He was responsible for Benghazi, not a lousy youtube video.

He killed, danced on the blood and people mourned
He didn't know that Earth spins until it became his turn.
Now he is in hell and people are dancing.
Worse than being killed is when the world is happy from your death.
I am from Iran and want to say#TnxPOTUS4Soleimani pic.twitter.com/o2qFmCq66B

Soliemani is dead!  Now that has a nice ring to it.

Some at CNN seemed a bit distraught to hear of the terror leader’s death, Newsbusters said:

And of course, the left-wing Washington Post displayed their love for Iran by calling Soleimani “Iran’s most revered military leader” in a headline that was changed less than an hour later. 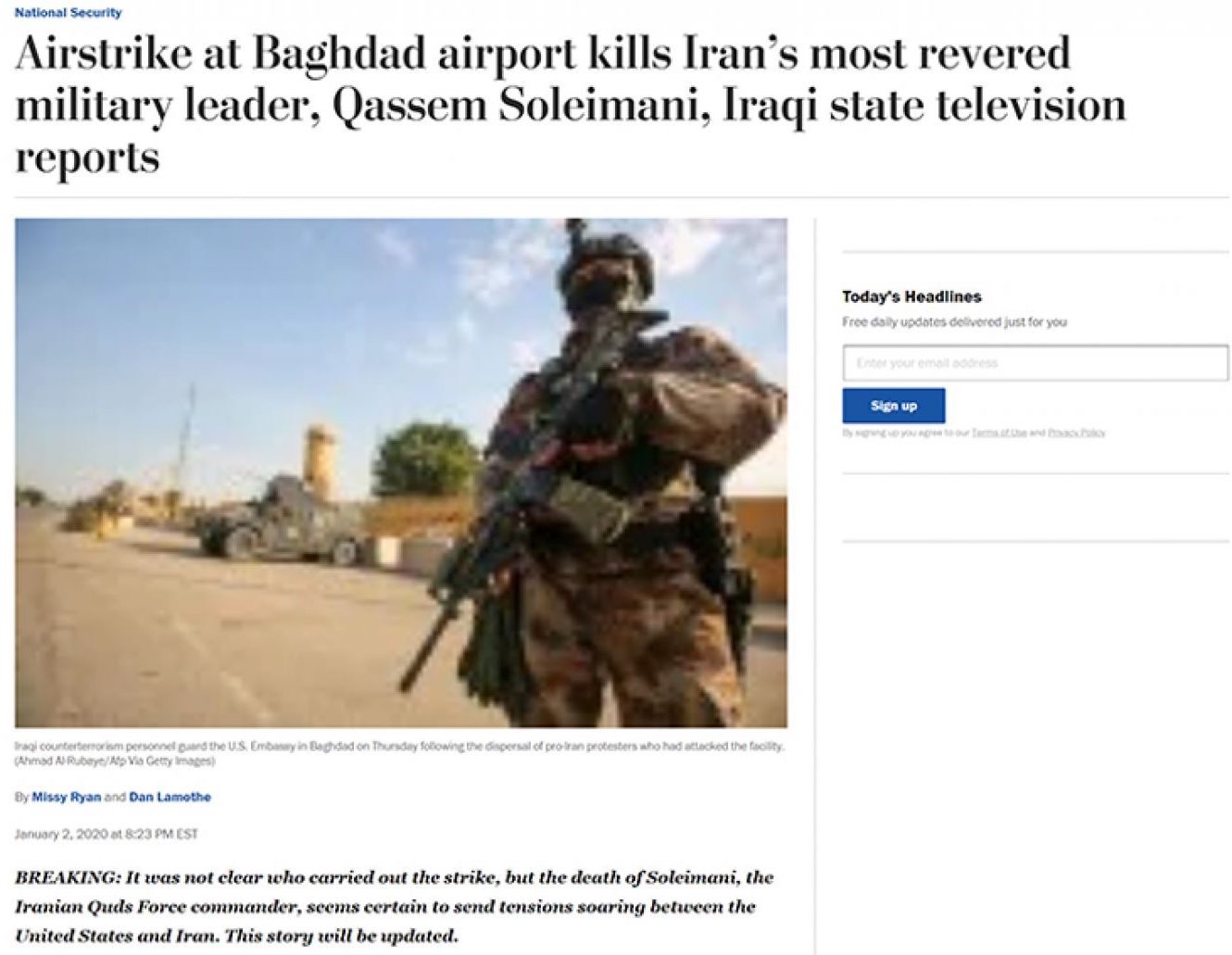 “Most revered military leader” now joins “austere religious scholar” and “mourners” trying to storm our embassy as word choices that make normal people wonder whose side the American mainstream media is on pic.twitter.com/JR83xMYCtO

Indeed the man is a terrorist. As the president explained:

General Qassem Soleimani has killed or badly wounded thousands of Americans over an extended period of time, and was plotting to kill many more…but got caught! He was directly and indirectly responsible for the death of millions of people, including the recent large number….

Of course, Rep. Ilhan Omar objects to the President defending the country.

So what if Trump wants war, knows this leads to war and needs the distraction?

Real question is, will those with congressional authority step in and stop him? I know I will. https://t.co/Fj9TMossEW

We’re not really surprised, given her previous show of support for the Iranian regime and other terrorist supporters

Absolutely disgraceful. Think of the American troops killed and mangled at the hands of this monster. Resign

My condolences for your loss.

Is Ilhan Omar going to sit Shiva? I refuse to send her a Shiva basket!

You seem upset too. Do you hate that the USA is indeed the most powerful nation on Earth? I certainly don’t. If you or Illhan do, you can move to Iran. ??

So your buddy Soleimani at the beginning of the week: We are ready to go to war with the US!

Road Kill? Do you think this is where General Solemani will serve next? 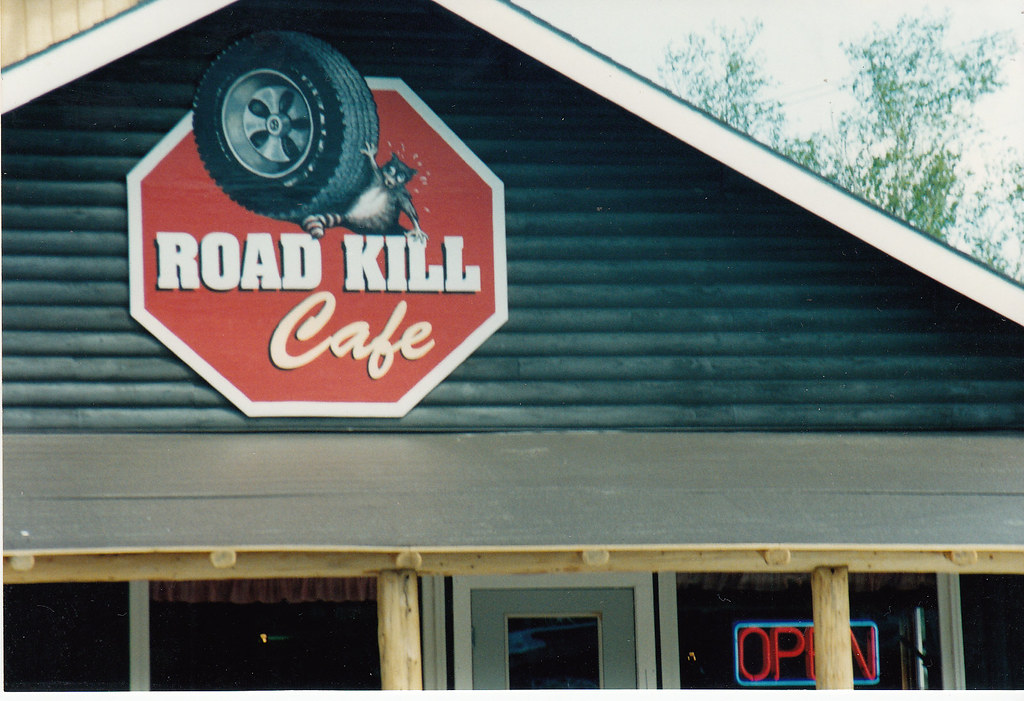 Rep. Waltz: Soleimani death should’ve “been done under the Obama Administration,” this was an “American victory” pic.twitter.com/58jwusNgMf

But Steve, Barack Obama bowed down to Iran.

Sen. Murphy is the same guy who said that then-President Elect Trump’s phone call with the President of Taiwan, in which Trump accepted congratulations upon winning his election, would lead to war with China. Murphy says everything Trump does will lead to war. He’s a bloviator. https://t.co/MIeLOLVaEQ

Qassem Soleimani was an arch terrorist with American blood on his hands. His demise should be applauded by all who seek peace and justice. Proud of President Trump for doing the strong and right thing. @realDonaldTrump ??

And Scott Adams has an excellent point about the coming craziness.

I refuse to form an opinion on the Iran situation until every celebrity has drunk-tweeted about it.

For the best perspective of the killing of Soleimani watch this video of Secretary of State Pompeo.